Saga Asterix
Comics Asterix and Cleopatra René Goscinny and Albert Uderzo (1965)
The capital of comics paid tribute to one of the greatest scriptwriters of the profession: René Goscinny

For the fortieth anniversary of the death of René Goscinny, the René Goscinny Institute and the International Comics Festival have offered the city of Angoulême an Egyptian monument recalling the adventures of a little Gaul and his fat sidekick in the land of the Egyptian queen with the most beautiful nose.

Carved in only two months by Pierre Gaspard Lapelerie, the Goscinny obelisk is a stone monolith of 5.83 meters high and seven tons, on which are engraved the most famous quotations from the works of the scriptwriter. Lucky Luke, Iznogoud, The Little Nicholas or even The Dingodossiers, without forgetting the inevitable Asterix. All are works with formulas that have left their mark on pop culture.

Located on the square of the station of Angoulême, it is in 2017, during the opening ceremony of the 44th edition of the Festival, that the monument is inaugurated . It was also an opportunity for the Festival and the Institute to relaunch the Goscinny Prize for a comic book writer.

Since 2022, the Goscinny obelisk has been joined by the Uderzo menhir. Two strong monuments celebrating an iconic duo that made many readers dream.

82 quotes fromAsterix, Iznogoud, Lucky Luke, The Little Nicholas And The Dingodossiers are engraved on the monolith 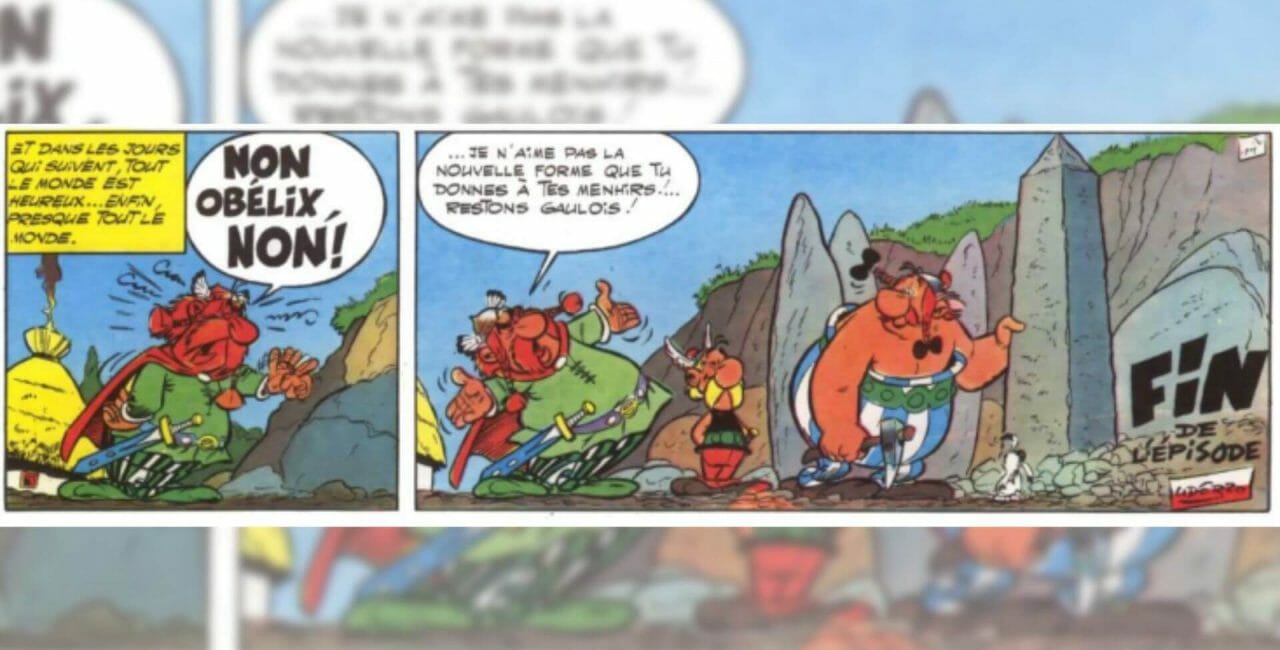 Inaugurated on September 20, 1852, the Angoulême train station was built the same year the railroad arrived in the city.

The work on the station incorporated part of the former Royal College of the Navy. Napoleon III came for the inauguration on October 10, 1852. Sadly famous for having seen the transit of trains bound for concentration ... Learn more about Angoulême Gare SNCF

Cleopatra makes a bet with Caesar that her people are still capable of great achievements. She orders Edifis to build a sumptuous palace for Caesar.

Discover all the places Asterix on our map