Music The Miracle Queen (1989)
Queen has sold more than 200 million albums throughout her career. Bohemian Rhapsody alone has racked up more than 1.6 billion listens across platforms of streaming. This is just one of many records for the British rock giant, whose lead singer Freddie Mercury remains one of the icons of contemporary music.

Queen is definitely not an ordinary rock band. The curriculum vitae of its members, first of all, forces respect: Roger Taylor, the drummer, has a degree in biology. Freddie Mercury completed his studies in graphic design. Bassist John Deacon studied electronics and graduated at the top of his class. As for Brian May, the virtuoso guitarist, he has a degree in physics and studied astronomy. He also completed his thesis in 2007, 30 years after starting it, and received his Ph. He also made his famous guitar, the Red Special, with his father, from the lintel of a fireplace. In the rock landscape of the late 1960s, Queen stood out from the rest. This group of intellectuals is capable of flirting with heavy metal before launching into lyrical flights worthy of the greatest operas or delivering pop litanies of the most beautiful effect.

From 1973 to 1995, the band released fourteen studio albums. The last one, Made in Heaven, was composed after Freddie Mercury’s death, from the vocal parts recorded by him. The Guinness Book of World Records lists Queen as the longest-running band in the charts. With a presence of 1,422 weeks, he even surpassed the Beatles and Elvis Presley. His first best-of album, Greatest Hits, remains the best-selling album of all time in the UK and Republic of Ireland. Of course, the countless hits, including I Want It All, We Will Rock You, Under Pressure, Killer Queen and Don’t Stop Me Now, have influenced countless artists. An influence that is still notable, years after the tragic death of Freddie Mercury. If the music, the fervour and the records remain, Queen’s career has not been an easy one. Musicians have sometimes paid a heavy price to get to the top and stay there.

The year is 1986. Freddie Mercury, Brian May, John Deacon and Roger Taylor decide to put their band on hold. The Magic Tour has exhausted them and they all want to devote themselves to more personal projects. In 1987, Freddie Mercury released the cover of The Great Pretender and the album Barcelona, in collaboration with the famous singer, Montserrat Caballé. The song would later become the anthem of the 1992 Summer Olympics. It was also at this time that the singer with the golden voice learned that he had AIDS. Contrary to what the movie Bohemian Rhapsody claims, he is not the only one with solo projects, and it was by no means because of his ambition that Queen almost broke up. When the musicians met again at the very beginning of 1988, at the Olympic Studios in London, the atmosphere was rather good. Freddie Mercury’s decision to split the royalties equally helps to lighten the mood. This will be a welcome relief for the various participants, some of whom are facing personal problems. After a brief work session in London, Queen returned to Montreux, Switzerland, where he is a regular, to continue work on his next album.

The band first worked at Mountain Studios in 1978 on Jazz, their seventh album. Then the English decided to buy the complex, before handing it over to David Richards, their producer, in 1993. This is where the musicians recorded Hot Space
and A Kind of Magic. The Miracle ‘s songs are looped despite the worries. Brian May in particular, sinks into depression following his divorce and the death of his father. However, thirty tracks were written during these sessions on the shores of Lake Geneva. The first single released was the furious I Want It All. It is followed by Breakthru, The Invisible Man, Scandal and The Miracle, one of Queen’s most beautiful and ambitious compositions. While the usual rock tradition of releasing a record is followed by a tour, Freddie Mercury spoke to his bandmates and confirmed their fears; he had AIDS and was no longer able to travel around the world for months. Instead, the band went back to work to record another album.

It was only the day before his death that the singer made his state of health public. Rumors have been circulating for a long time but the news leaves fans in shock. He died on 24 November 1991. The following year, on 20 April 1992, a tribute concert, the Freddie Mercury Tribute, brought together one of the most impressive line-ups of all time. Elton John, Def Leppard, Guns N’ Roses, Tony Iommi, Robert Plant, Roger Daltrey, George Michael, Annie Lennox, Seal, David Bowie, Metallica and Liza Minnelli have all expressed their love for the late singer in music. It was the largest charity rock concert at the time. It raised the equivalent of over 23 million euros for AIDS research.

Queen recorded six albums in Montreux between 1978 and 1995. 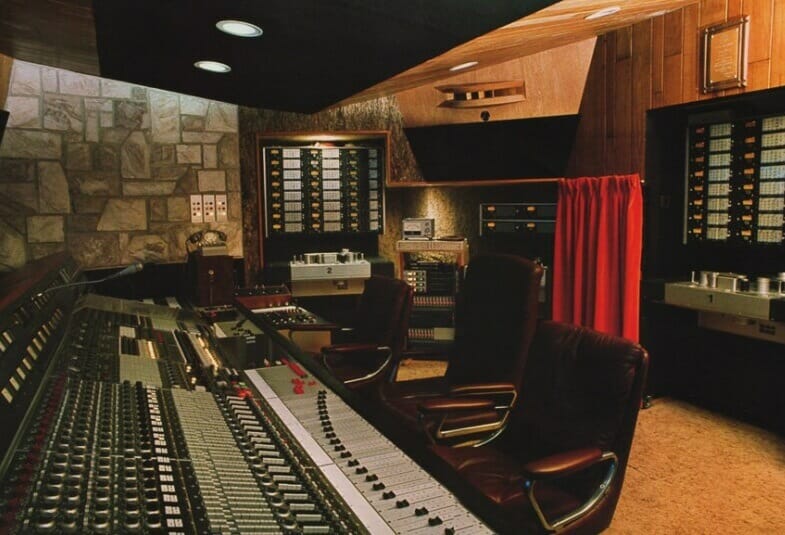 The old Mountain Studios, where Queen recorded so much, now houses a museum. Not far away, the statue of Freddie Mercury stands majestically.

Unveiled on 25 November 1996 in the presence of the singer’s parents, Brian May and Roger Taylor, the statue of Freddie Mercury represents him in his most iconic pose.

It is the work of... Learn more about Queen Studio Experience Montreux

Discover all the places The Miracle on our map