Novel Gargantua Rabelais (1534)
Then a student in Poitiers, Gargantua's son, Pantagruel would have feasted on the dolmen of La Pierre Levée...

Pantagruel tore off a huge boulder from the Passelourdain cliff, a rocky structure in the commune of Saint-Benoît in the Vienne. He would then have carried it to this place in Poitiers. Balancing her on nine stones, this nine-metre slab would then have served as a table for feasting.

La Pierre levée is an important step in the initiation of the Order of the Bitards, a student brotherhood referring to Rabelais. Every year, on the Wednesday of Student Week, the members party, drink and eat endlessly, since 1922 to “give life to the orgiastic and pantagruelic legacy left by Rabelais, a student from Poitiers in 1431”. A nearby high school bears the name of Dolmen and the old Poitiers prison in the next street was called the Pierre levée.

On the upper face of the Raised Stone is carved an axe with two branches. 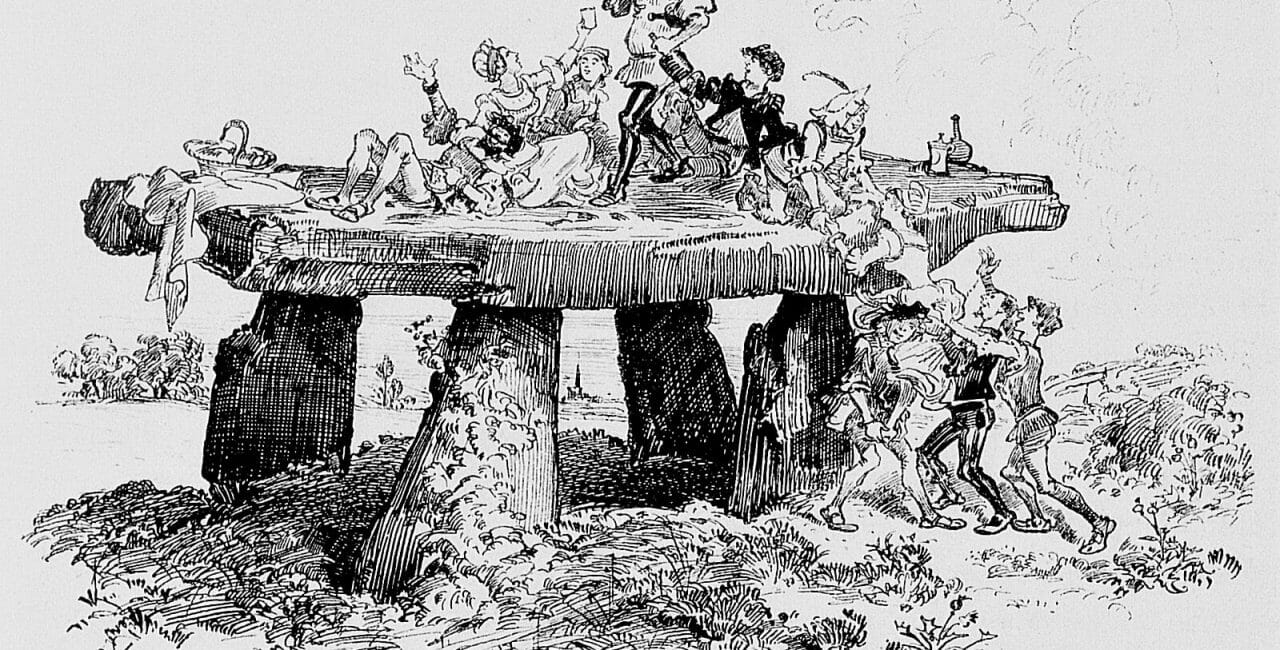 In a small square in the Dunes district of Poitiers, stands a dolmen dating from the Neolithic period.

It was located not far from the Roman road Lemonum (Poitiers) – Avaricum (Bourges) ... Learn more about 1 Rue du Dolmen

Parodying everyone from classic authors to his own contemporaries, the dazzling and exuberant stories of Rabelais expose human follies with mischievous and often obscene humor. Gargantua depicts a young giant who becomes a cultured Christian knight. Pantagruel portrays Gargantua’s bookish son who becomes a Renaissance Socrates, divinely guided by wisdom and by his idiotic, self-loving companion, Panurge.

Discover all the places Gargantua on our map