TV show Stranger Things Matt Duffer and Ross Duffer (2016)
Sheriff Jim Hopper's (David Harbour) cabin is one of the most important locations in Stranger Things. This is where the lawman hides Eleven while he strategizes about its future. A cabin actually located at Sleepy Hollow Farm in Powder Springs, Georgia.

Like many other filming locations in the series, Jim Hopper’s (David Harbour) cabin is located on the outskirts of Atlanta at Sleepy Hollow Farm. The Duffer brothers, the showrunners of Stranger Things, choose this location because of its location in the woods. This small house corresponds perfectly to the character of Jim Hopper, a solitary and simple man. Several scenes are shot in front of the cabin. All the interiors, on the other hand, are produced from sets built in Atlanta, at Screen Gems Studios. Today unchanged, the cabin hosts an escape game. However, this one is not dedicated to Stranger Things.

The series has changed a lot before the beginning of the shooting. The Duffer brothers originally envisioned Stranger Things as an anthology in the form of a tribute to the 1980s, with a different story and cast for each season. Their goal was to dedicate one season to each decade, until 2020. If this project had been completed, Eleven (Millie Bobby Brown), Dustin (Gaten Matarazzo), Jim Hopper (David Harbour), Mike (Finn Wolfhard) and all the others would have had to step down at the end of the first season.

The first three seasons of Stranger Things have racked up 18 awards. 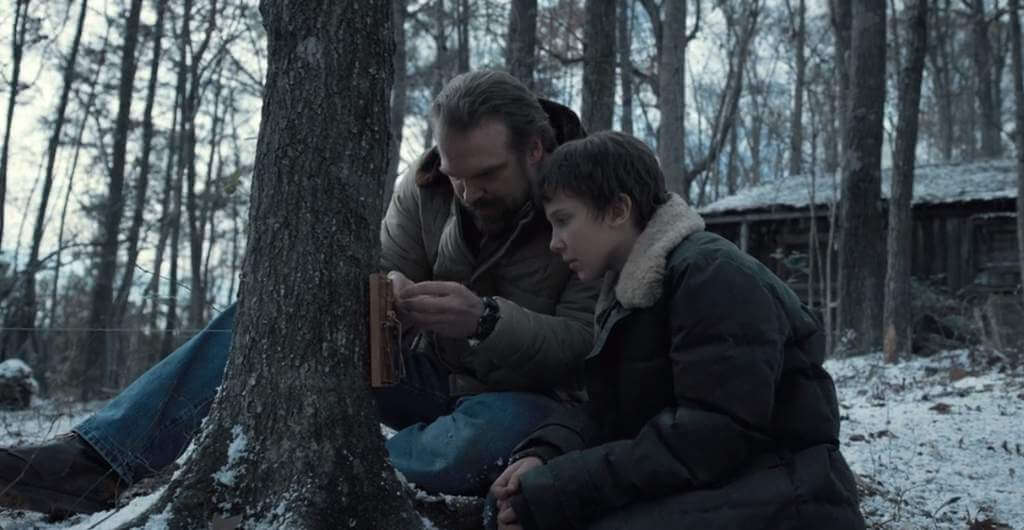 A place for the whole family, the Sleepy Hollow Farm offers many activities as well as an escape game room.

The Sleepy Hollow Farm escape game is located in the wooden cabin used for the filming of the Stranger Things series. This is where the character of Jim Hopper, the sheriff played by David Harbour, lives. The farm also offers... Learn more about Sleepy Hollow Farm