Article
The shooting locations of Morbius

Movie
Although the action takes place in New York, we head to London to discover the filming locations of Morbius.

Follow in the footsteps of the origins of Spider-Man’s famous antagonist.

Severely affected by a rare blood disease, Dr. Morbius will try a desperate gamble by treating himself. His remedy then triggers a sinister effect with the symptom of vampirism. 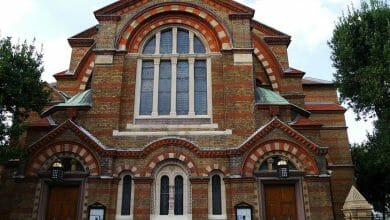 Young Michael Morbius (Charles Shotwell) is being treated in a children’s hospital in Greece. Afflicted with a rare blood disease, he meets Milo (Joseph Esson), a boy with the same condition. The beginning of a beautiful friendship. Orthodox church in the Notting Hill district, the Saint Sophia Cathedral was built in 1879 after two years of work.

The Byzantine-style Cathedral of Saint Sophia houses a Greek polyphonic choir, Byzantine music, a dance school and a teaching center dedicated to the history of Greece and the Greek language. It is the third London church to bear this name. 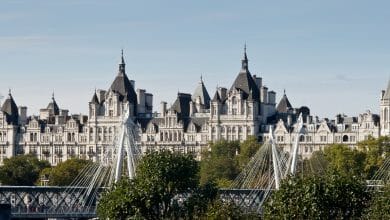 Milo (Matt Smith), Michael Morbius’ (Jared Leto) childhood friend, has the same rare disease as Michael. Very rich, living in a residence located on the edge of Central Park in New York, he finances his research in the hope that one day Michael Morbius will be able to find a miracle cure. Classified as Grade II, Whitehall Court was once home to such luminaries as H.G. Wells, Hall Caine, Sarah Caudwell, George Bernard Shaw and Stafford Cripps. It was also used as a headquarters by MI6 until the end of the First World War. 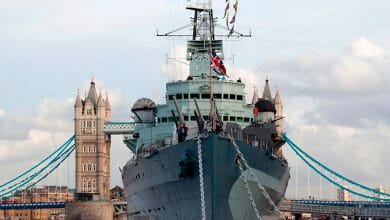 The time has come for Michael Morbius (Jared Leto) to try his miracle cure for the blood disease he has. His millionaire friend Milo (Matt Smith) charters a boat in international waters off the coast of New York to allow the scientist to work in peace. The ship appearing on the screen is actually the HMS Belfast. Inaugurated on July 23, 1936, the HMS Belfast actively participated in the conflict against Hitler’s armed forces. After protecting Arctic convoys in the North Sea, it joined the Normandy landing fleet in June 1944. Positioned in the Far East after the conflict, it was used in the Korean War, from 1950 to 1952. His last major mission. Now moored in the port of London, it has been open to visitors since Trafalgar Day in 1971. 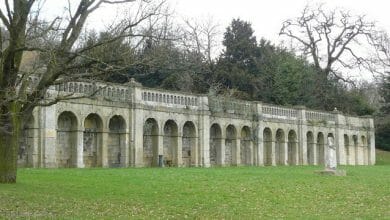 Michael Morbius (Jared Leto) meets up with his best friend Milo (Matt Smith) in Central Park to tell him about his new discovery. A key scene of Morbius actually shot far from the Big Apple, in a London park. A Victorian park in South London, Crystal Palace Park is located on the site of a former exhibition hall once located in the heart of Hyde Park.

Lobby of the building 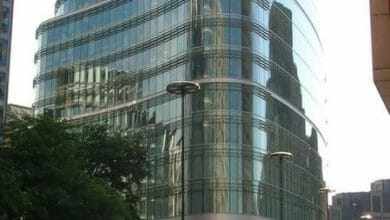 Wanted by the police after the incident on the container ship where he tried his miracle cure on himself, Michael Morbius (Jared Leto) confronts two policemen in the lobby of the building where his laboratory is located. A place actually located in London and not in New York, as suggested by the scenario.13-storey building in central London, the One London Wall rises to 58.50 meters. 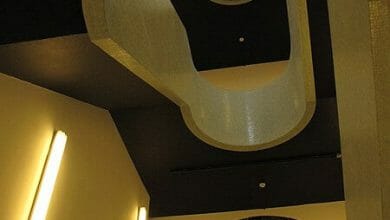 Michael Morbius (Jared Leto) has been unmasked by the police. Law enforcement officers chase him down the stairwell of his hospital, but the vampire manages to escape, dodging bullets with his newfound superpowers. A scene actually shot in London, in a building with atypical architecture. Classified as Grade II, the Battleship Building was built as a depot for British Rail. 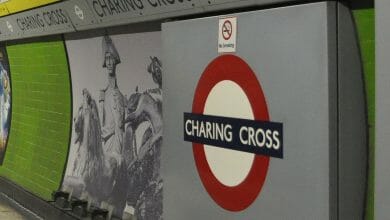 Confronted by his former friend Milo (Matt Smith), who has become a vampire after ingesting his cure, Michael Morbius (Jared Leto) must confront him in the corridors of the New York subway. A sequence shot far from the Big Apple, on the platform of a London subway station well known to moviegoers. Opened on March 10, 1906, Charing Cross Underground Station has been modified and renovated several times since its opening. It has a section closed to the public, regularly used for filming movies and other series. Over the years, the station has regularly appeared in movies and television shows such as An American Werewolf in London, 28 Weeks Later, Thor: The Dark World, and Killing Eve. 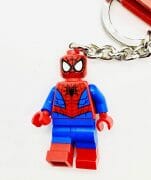