All fanspots of Wales on a map 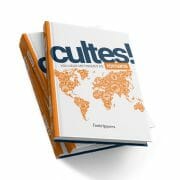 The greatest authors of contemporary literature are waiting for you in several surprising places and will reveal the secrets of their best works. Places forever marked by the prose of these writers whose words never cease to move us, frighten us, make us laugh, and ultimately encourage us to travel.

Did you know that Stephen King got the idea for The Shining while he was staying with his wife in an isolated and visibly haunted hotel? Or that Bram Stoker popularized the figure of the vampire from a castle in the heart of the Carpathians? From the tragic history of the Black Dahlia by James Ellroy to the saving of Notre-Dame de Paris thanks to Victor Hugo, through the genesis of the Four Daughters of Dr. Marchthe birth of Sherlock Holmes at 221B Baker Street in London, without forgetting the journey of the Grapes of Wrath on the mythical Route 66, embark on an exciting world tour in the company of the greatest authors. Discover the inspirations of J.R.R. Tolkien for The Lord of the Rings and George R.R. Martin for Game of thronesexplore Castelmore Castle with Alexandre Dumas’ The Three Musketeers, fly into space from a back street in London with Douglas Adams and his Galactic Traveler’s Guide and take a ticket to Hogwarts with the young Harry Potter. Unlock the secrets of the places linked to the most galvanizing stories in literature on a journey full of surprises.

Produced by a team of pop-culture specialists and enhanced by numerous anecdotes, Cult! novels tells the secrets of the places that made the history of the fifth art.