TV show
Through the daily life of the stars and their agents, discover ten must-see places in the capital discovered in Call my agent and present in our Paris guide of the 1000 cult places of films, series, music, comics and novels.

Call my agent, behind the scenes in Paris…

Through the daily life of the stars and their agents, discover ten must-see places in the capital discovered in Call my agent and present in our Paris guide of the 1000 cult places of films, series, music, comics and novels. 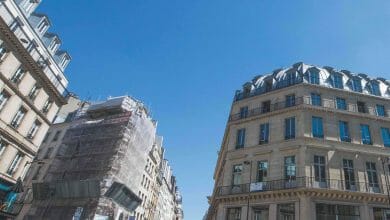 If the address of the artistic agency ASK is announced at 149, rue Saint-Honoré, not far from the Louvre Museum, the scenes were actually shot in studios in Aubervilliers (93). Originally, Call my agent was to be called 10, avenue George-V, in reference to the former premises of the famous Artmedia agency. However, since this title would not appeal to the general public, it was decided to name the series after the amount of money that the agent receives from the artists he handles. Artmedia has handled the interests of many artists including Romy Schneider, Yves Montand, Gérard Depardieu, Jean-Paul Belmondo and Catherine Deneuve. In the series, an allusion is made to him since ASK’s rival agency is called Starmedia. 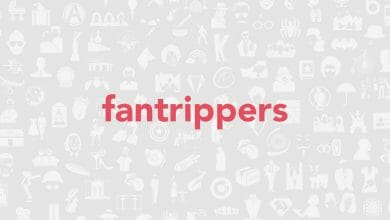 The Westin is a recurring location in the series, whether for business meals, meetings between agents or photo shoots like in the first episode with Cecile de France. The scenes take place in this hotel offering an exceptional view from its rooms on the Eiffel Tower or the Tuileries garden. $1,200,000 is the average cost of an episode of the series. 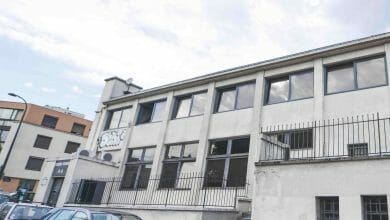 Sofia (Stéfi Celma) came to do voice tests with Julien Doré in these mythical music recording studios created in 1973. Great artists such as Serge Gainsbourg, Louise Attaque and Manu Chao have been featured on the album, while Peur sur la ville and Gainsbourg: A Heroic Life were filmed there. The series has already won four Crystal Globes in 2018 and 2019. In 2018 for Best Series and in 2019 for Best Series, Best Actress in a Series for Camille Cottin and Best Actor in a Series for Gregory Montel. 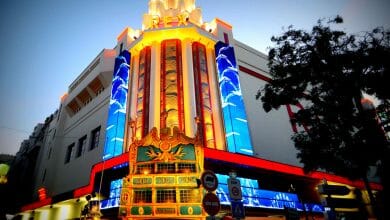 Ramzy Bedia and Virginie Efira answer an interview about their film Nos Petits Mensonges in this famous cinema which welcomes a million spectators each year and whose largest room can contain 2,700 people. Originally, 5,000 spectators were to be able to watch a projection in a single room with a ceiling of more than 30 m, representing a luminous starry vault. Eventually, the number of seats was reduced to an equally gargantuan 3,300.

Mathias Barneville (Thibault de Montalembert) and his family live in this beautiful building in front of Ranelagh Park. Inspired by its London namesake, this is one of the few Parisian parks to be open at night. The first season was watched by an average of 4,386,000 viewers.

The apartment of Andréa Martel (Camille Cottin), an art agent for the ASK agency, is located in this building built in 1650. It is also in this street that Napoleon Bonaparte lived in 1790. In those days, houses did not have numbers… When he came to power, the emperor decided to change this by decree in 1805 according to a system based on the Seine: for the streets parallel to it, the numbers start at the entrance of the street upstream of the river and then follow an increasing order in the direction of the watercourse by placing the even numbers on the right and the odd ones on the left. For streets perpendicular or oblique to the river, the numbering begins at the entrance closest to the water. 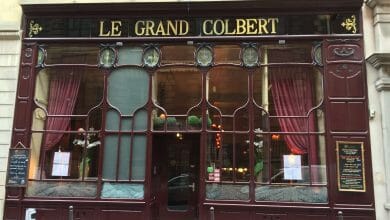 Camille (Fanny Sidney) comes to lunch with her mother (Isabelle Candelier) in this restaurant and invites Mathias (Thibault de Montalembert) for coffee. It gets a little awkward when his wife joins them. The façade of this famous brewery founded in 1900 is listed in the register of historical monuments. The interior is equally remarkable, with its large room with six-metre high walls, carved pilasters, Pompeian style paintings and mosaics on the floor. 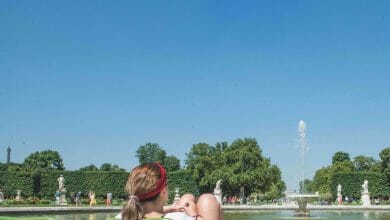 Camille (Fanny Sidney) and Hervé (Nicolas Maury) have lunch together in the Jardin des Tuileries. The young woman worries about what others think, now that they know she is Mathias’ (Thibault de Montalembert) daughter. The Tuileries garden takes its name from the old palace, itself named after the presence of a tile factory established on this site until 1564.

The name of the driving school in which Norman Thavaud is enrolled has been slightly modified for the series, becoming “Schoot conduite”. Its address is announced rue Bassoff, but Paris does not have any lanes with such a name. It’s a nod to Eric Bassoff, the series’ post-production director. The Rue de l’Assomption, where the filming took place, had as its famous residents Michel Audiard at number 55 and the writer and resistance fighter, Marietta Martin, at number 34.

Ministry of Economy and Finance 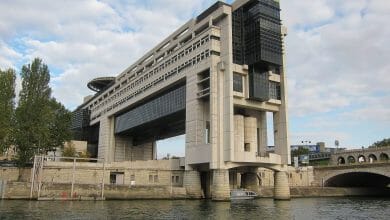 It is in front of the famous building of the Ministry of Economy and Finance in Bercy that Andrea (Camille Cottin) meets up with one of her exes, Clément (Robert Plagnol), to ask him for a favor following an imminent tax audit at the Agency, but also that Mathias (Thibault de Montalembert) accompanies Audrey Fleurot for her tax stories. All episodes of the series are inspired by real events. The actors and actresses involved do not appear on screen, but Dominique Besnehard, one of the creators of the series and ex-agent to the stars, confirms that each of the stories did indeed happen, including the episode on the tax center. “I happened to accompany Béatrice Dalle to settle her tax affairs at Bercy. The guy who received us asked Beatrice: ‘What do you have?’ She had this response worthy of Arletty: ‘Everything is in my bag!“.

Discover the behind-the-scenes of the hit TV show Call my Agent with this book by Guillaume Evin, which tells the story behind the scenes in drawings and photos of the show, largely inspired by the memories of Dominique Besnehard, the most famous ex-star agent in France.