TV show The Crown (2016)
Princess Margaret (Helena Boham Carter) travels to the United States, and more specifically to Washington DC. She then met President Lyndon B. Johnson (Clancy Brown) at the White House during a reception.

Since it was logically impossible to shoot in the real White House, but also to avoid the costs associated with shooting in the United States, Peter Morgan chose to shoot the sequences in which Princess Margaret (Helena Bonham Carter) meets the American president Lyndon B. Johnson (Clancy Brown), inside Hylands House. Available for rent, the venue is perfect for emulating the residence of the head of state, with its tall white columns and architecture decidedly similar to the real White House.

A Princess in the Yankees

Helena Bonham Carter’s performance did not fail to impress. Craig Brown, a renowned author of the landmark book 99 Glimpses of Princess MargaretI thought it was a very good choice because Helena can play people who are chic and sophisticated, but also eccentric characters. And Margaret was quirky.” Craig Brown also collaborated on the series to allow Helena Bonham Carter to get her bearings. The latter having stated: “There are very few images of Margaret. There are a lot of images of appearances and a few speeches but it doesn’t give much information about who she really was. She was quite complicated and elusive.”

By 2020, The Crown series had accumulated 73 million views. 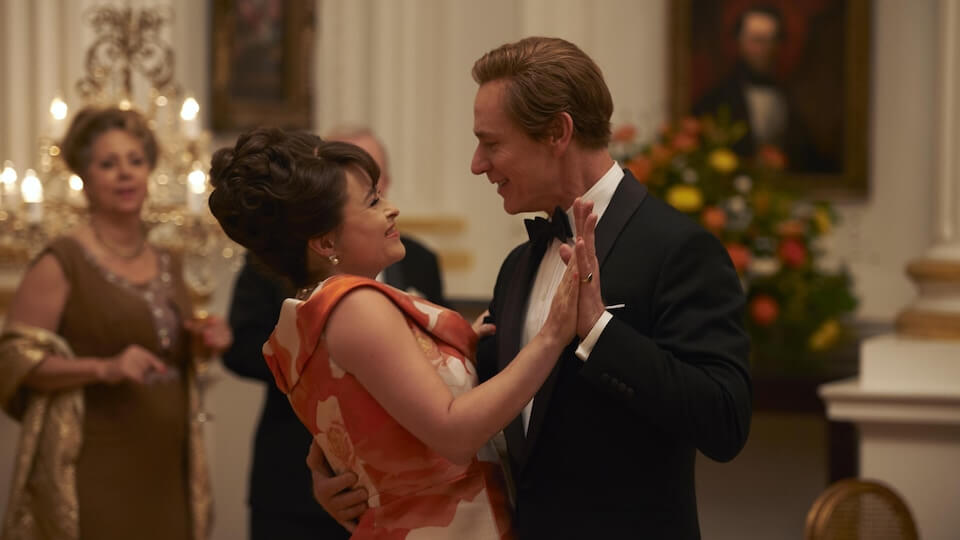 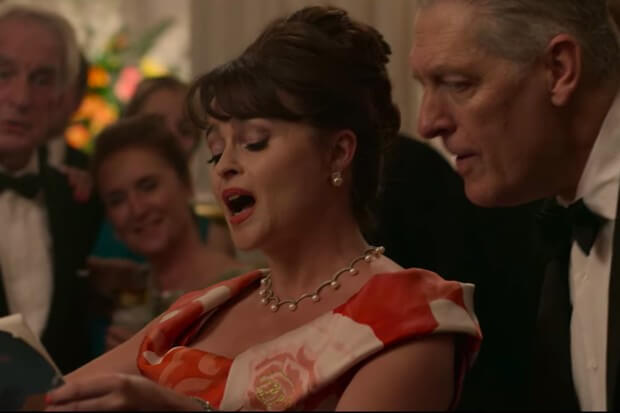 Planted on 232 hectares of land, located in Essex County, Hylands Park has undergone extensive modification since its construction. The house is surrounded by gardens designed by Humphry Repton. Bought by Chelmsford Borough Council in 1966, the estate is undergoing an ambitious renovation. Hylands Park “interpreted” the White House in the movie Free Spirit and in the series The Crown.