The wedding of Princess Elizabeth II (Claire Foy) and Prince Philip Mountbatten (Matt Smith) is the highlight of the first episode of The Crown. To shoot this important scene in more than one way, the showrunner Peter Morgan was of course inspired by the documents at his disposal. His goal from the start was to stick as closely as possible to reality, both through the costumes and by emphasizing the resemblance between the actors and the real characters.

Unfortunately, Peter Morgan was unable to obtain permission to film in Westminster Abbey, where the real Elizabeth Windsor was married to Philip Mountbatten on November 20, 1947. Instead, he had the opportunity to take over Ely Cathedral, a unique monument located more than two hours north of London. The camera movements, framing and other tricks that made the wedding of the future queen of the United Kingdom more real than real.

The wedding scene was a real challenge for Claire Foy as she was just starting to get into the costumes of the queen-to-be. She told Vogue: “The production wanted to do things right. A team was entirely dedicated to the research. We also rehearsed a lot. As soon as I got the job, I read a lot about the Queen. I still like to do a lot of research. If I had not been an actress, I think I would have worked in research.“

Each episode of The Crown cost an average of $13 million. 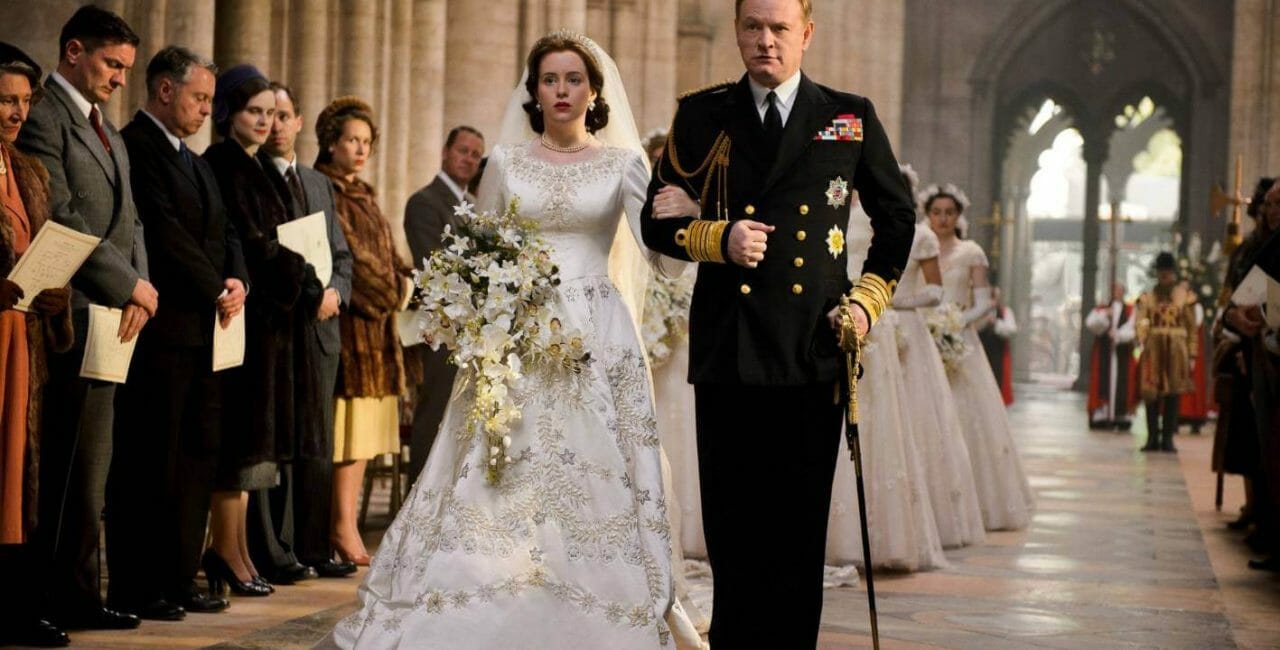 This former Saxon abbey founded in 673 is now one of the finest churches in the UK. One of the most famous too.

Destroyed by the Vikings and then lavishly rebuilt, listed as a Grade I monument, Ely Cathedral has elements of the Romanesque style and others leaning towards the late Romanesque. Both remarkable inside and out, it contains several treasures including manuscripts. Its nave and choir are among the most spectacular in all of Europe and alone tell a fascinating story. It has long been considered one of the Seven Wonders of the Middle Ages. It is visible on the cover of the album The Division Bell of the group Pink Floyd.