Comics Le grand mal (1988)
During the Circuit des remparts de Drennes, the pilots take a huge turn. Curve resembling the one near the Maison des auteurs in Angoulême.

The spectators of Drennes have massed along the streets to discover the race cars of the Circuit des remparts. Among the competitors is Adémar Nault, an experienced pilot.

However, one wrong move and his car runs into the crowd. The vehicle hits a spectator who is killed instantly. The authorities discovered that the young woman was living in the lower town and working as a prostitute. Adémar goes to the funeral of the victim and meets the sister of the deceased. He wants to know more about her.

Supposed to take place in Drennes, this car race takes place in a fictitious city with some contours of Angoulême. Mazan, the author of this third opus of L’hiver d’un monde, did not have to look very far for his settings. Former student at the fine arts school of the city of Valois and just graduated, Pierre Lavaud of his real name uses existing monuments of the town. He personalizes them like this building on Boulevard Aristide Briand. On this bend, this large, rounded building is surrounded by this artery and the Avenue de Cognac, famous for its long downward slope towards the Vaisseau Moebius and the Cité de la bande dessinée. A race, Le circuit des remparts, has also existed in the city since 1939. With its seven turns and 1.279 km, it is famous. A certain Juan Manuel Fangio won it in 1950 on his Maserati.

Today, 2 boulevard Aristide Briand is home to the Maison des auteurs, which, as its name suggests, welcomes comic book authors on a yearly basis or in residence. We find Isabelle Dethan or Jean-Luc Loyer. Even if he was the co-founder of the late Atelier Sanzot in Angoulême with the latter two, Mazan has no assigned place today in the Maison des auteurs.

For L’hiver d’un monde, Mazan received the special prize of the Bédéis-causa jury in Quebec in 2002.

Before publishing the first opus of L’hiver d’un monde, Mazan had received the Alfred avenir prize at the Angoulême Comics Festival. 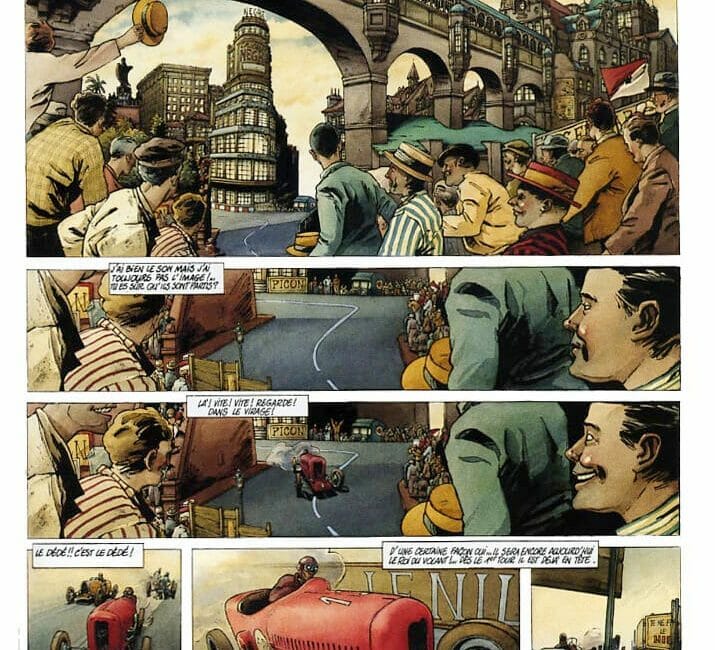 Since 2002, 2 boulevard Aristide Briand has housed the Maison des auteurs.

Created by the Syndicat Mixte du Pôle Image – Magelis in Angoulême, the Maison des auteurs provides authors with concrete support, whether they are there on a yearly basis or in residence.

Discover all the places Le grand mal on our map