TV show Pam and Tommy (2022)
This is the story of a love at first sight. When Tommy Lee, the drummer of the heavy metal band Mötley Crüe, meets the star of Malibu Alert, the attraction is immediate and the couple does not take long to marry before settling in the house of the rock star, in Malibu, near the Pacific Ocean.

In fact, Tommy Lee’s (Sebastian Stan) villa as it appears in Pam and Tommy is not located near the shore at all, but at the gateway to Rocky Peak Park, inland, miles from the Pacific. A residence of standing, chosen by the producers of the mini-series because of its resemblance to the real house that Tommy Lee and Pamela Anderson occupied in the mid-1990s.

The real residence of the Lee, by the way, no longer exists today. Completely destroyed by the fires in California in late 2019, it had been given up for several years by Tommy Lee to the leader of the group Boy’s Don’t Cry. He himself had sold it, shortly before the flames ravaged it. Nostalgic, Tommy Lee had returned to the scene to see the damage, in a video posted on his Instagram account.

While directors often only use the exteriors of houses, Craig Gillespie and the other directors of Pam and Tommy also shot extensively inside 22634 La Quilla Drive. The hall, almost entirely built in marble, is, for example, the scene of multiple sequences, while the courtyard is at the center of the first episodes, when Seth Rogen’s character manages to steal the safe in which is the sex tape at the center of the story.

Many places frequented by the real couple were also used throughout the production. A way to give the mini-series a realistic and resolutely rock and roll patina. 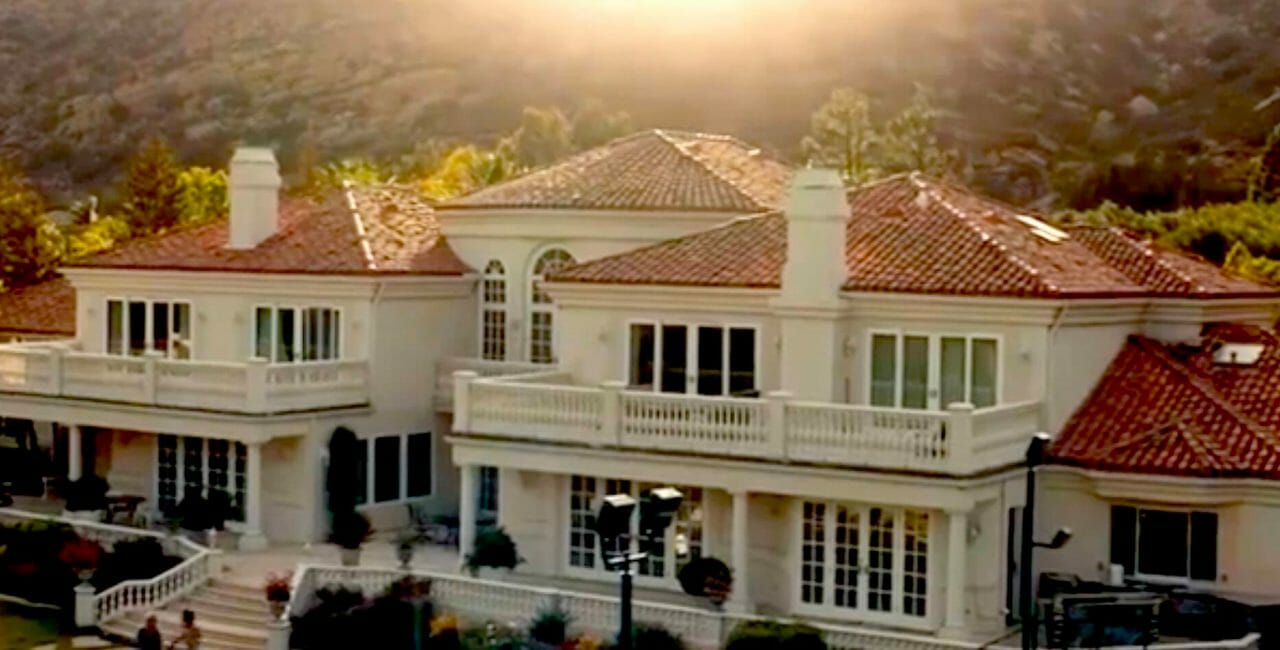 Built in 1992, this magnificent house has six bedrooms and ten bathrooms. Its entrance hall is almost entirely made of marble.

The villa with pool sits on almost an acre of land and is also equipped with a guest house. Sold for $2.5 million in 2003, it is now valued at almost $4 million. It is part of the Indian Springs Estates residential complex in Chatworth, north of downtown Los Angeles, near Rocky Peak Park. Popular with Hollywood celebrities in the 1950s, 1960s and 1970s, Chatsworth was home to stars like Lucille Ball, Candace Cameron, Fred Astaire, James Brolin and Val Kilmer. A little abandoned by rock stars, actresses and actors today, the neighborhood remains very luxurious, as evidenced by the sublime house at 22634 La Quilla Drive.

Discover all the places Pam and Tommy on our map