At the Big Apple, Blake Edwards shoots the legendary opening scene in front of the Tiffany & Co. showcase. The company unusually agreed to open on a Sunday, calling in 20 security guards to look after the jewels while technicians, actors and extras work in the store.

When Truman Capote discovered the film, his reaction was unmistakable and confirmed his fears about the attribution of the role of Holly Golightly, the main character, to Audrey Hepburn, whereas according to him, Marylin Monroe, envisaged while John Frankenheimer was attached to the project, would have been more relevant. 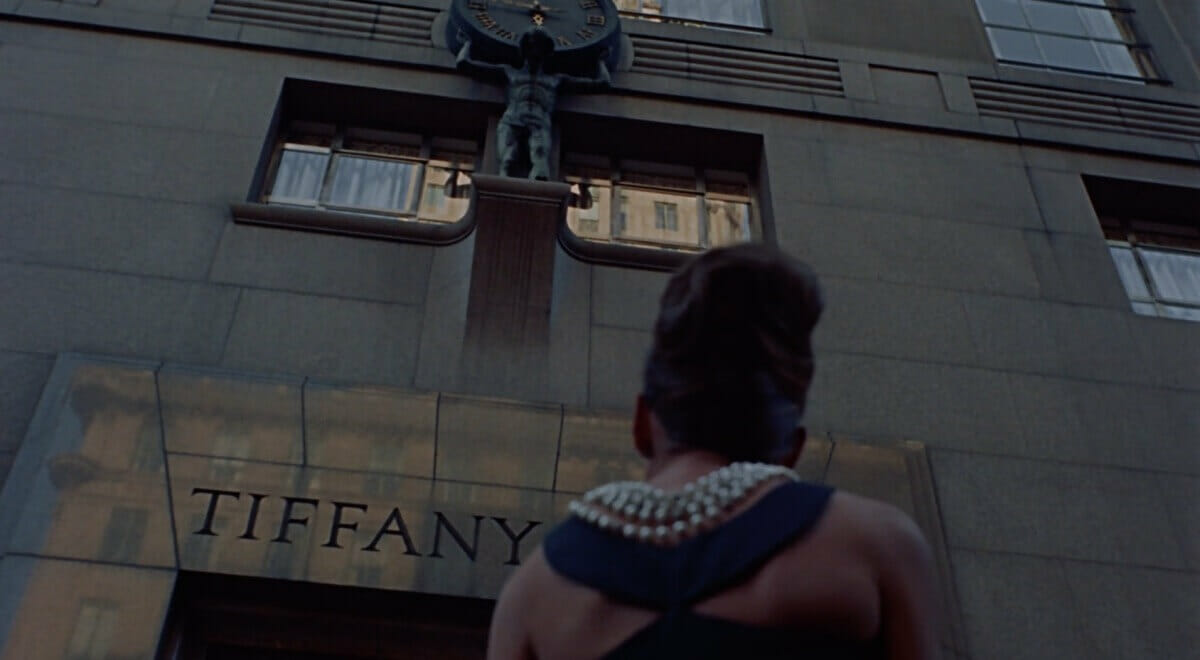 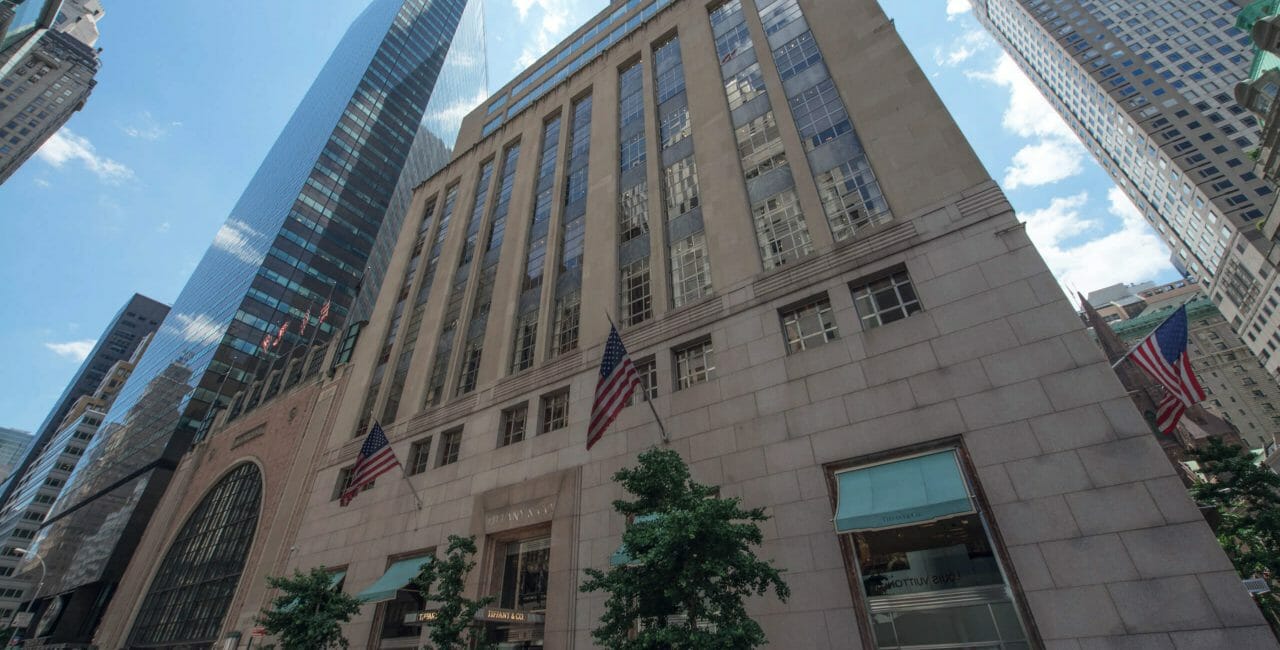 A frustration that he does not fail to express in an interview in Playboy magazine: ” The book was really rather bitter and Holly Golightly was real—a tough character, not an Audrey Hepburn type at all. The film became a mawkish valentine to New York City and Holly and, as a result, was thin and pretty, whereas it should have been rich and ugly. ».

Audrey Hepburn said the role was the one she had the hardest time playing. Tiffany & Co, for its part, is taking advantage of the extraordinary publicity.

As the years passed, Tiffany opened the Blue Box Cafe on the fourth floor of the 5th Avenue store in 2017.

A place where you can enjoy stunning views of Central Park, enjoying an overpriced breakfast. The “Blue” of the name referring to the famous blue Tiffany.

This is the pounds amount of the third copy of the little black dress worn by Audrey Hepburn sold at auction at Christie’s in 2006 to benefit the City of Joy Aid. 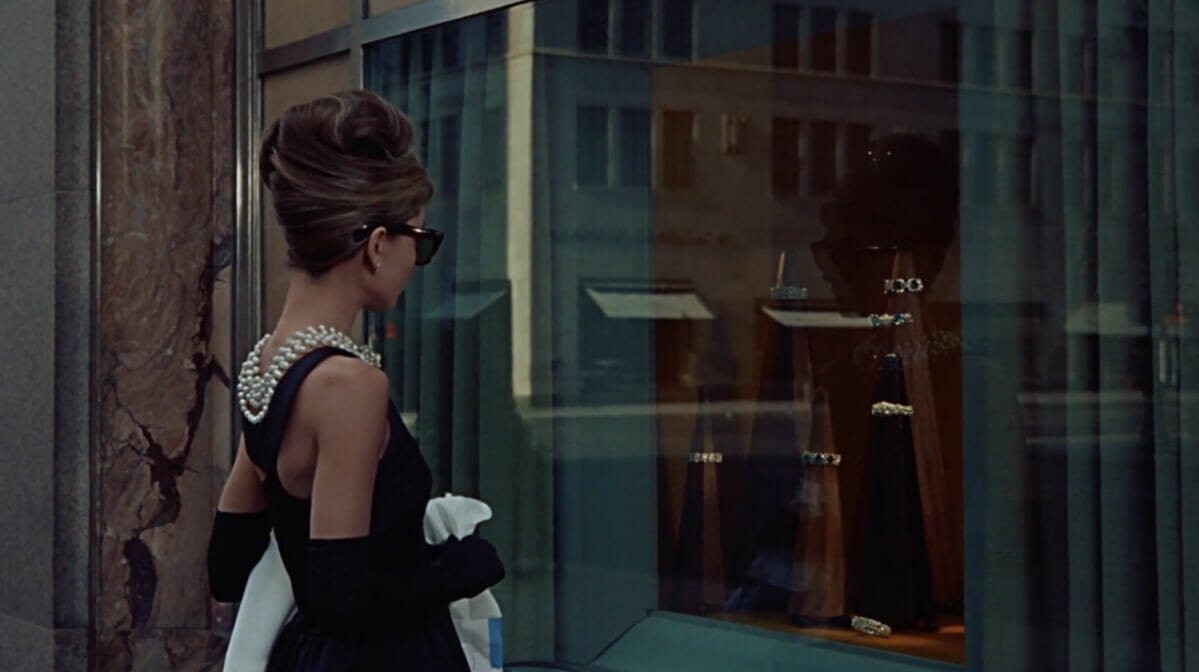 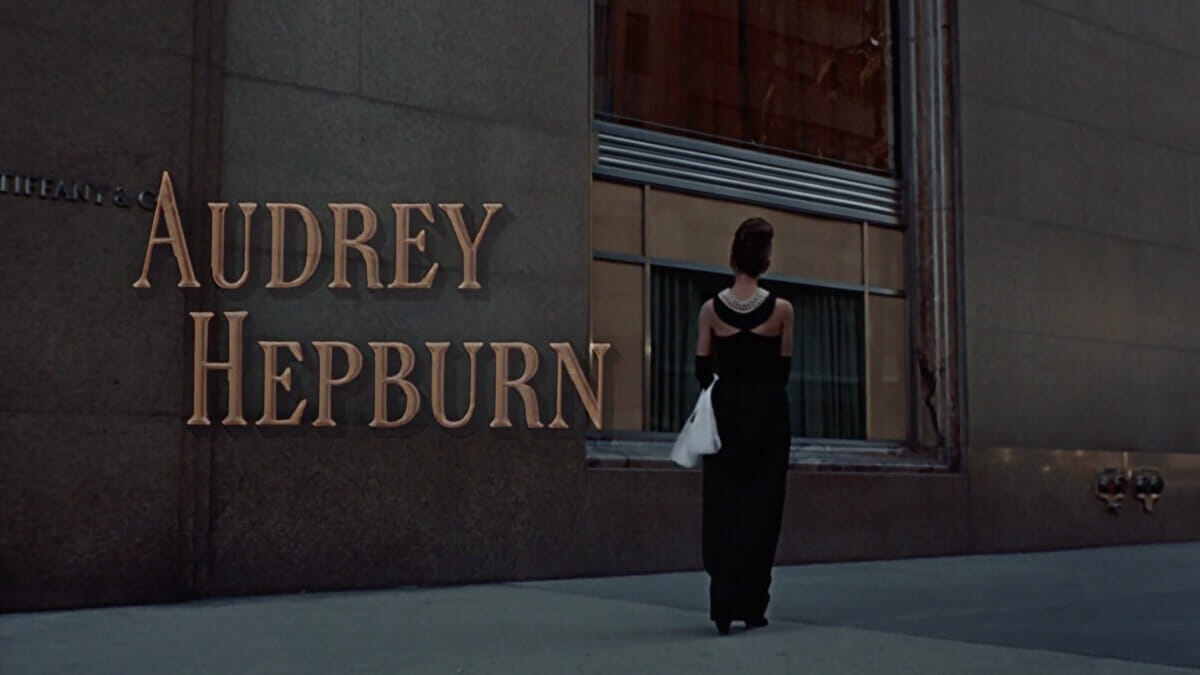 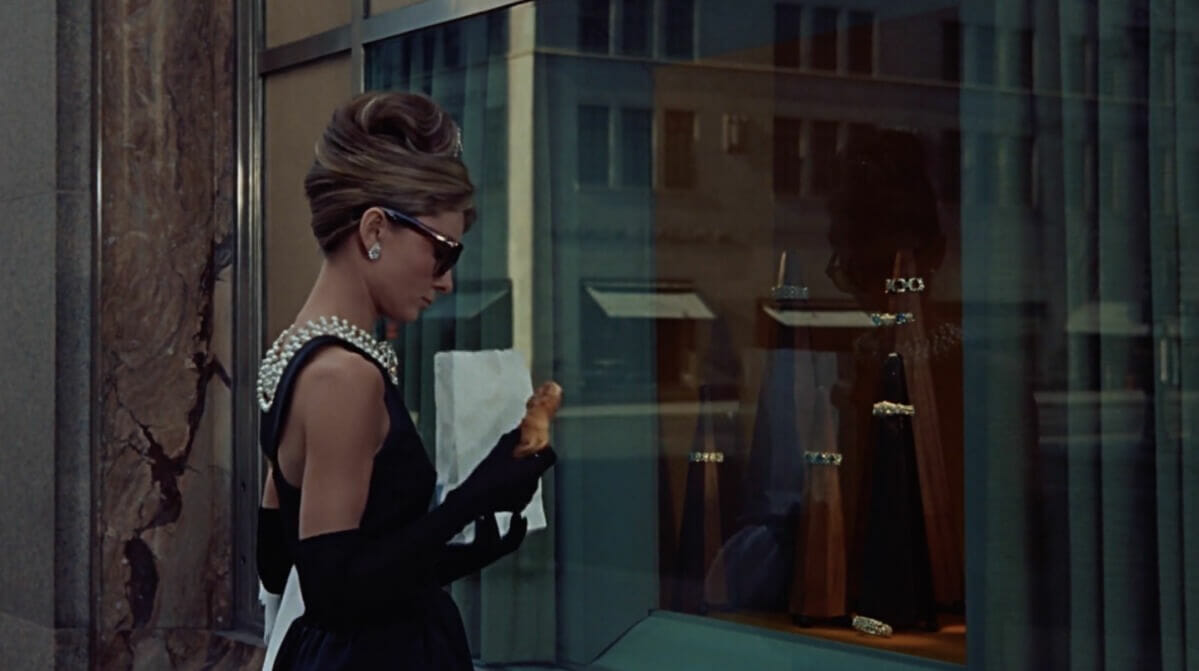 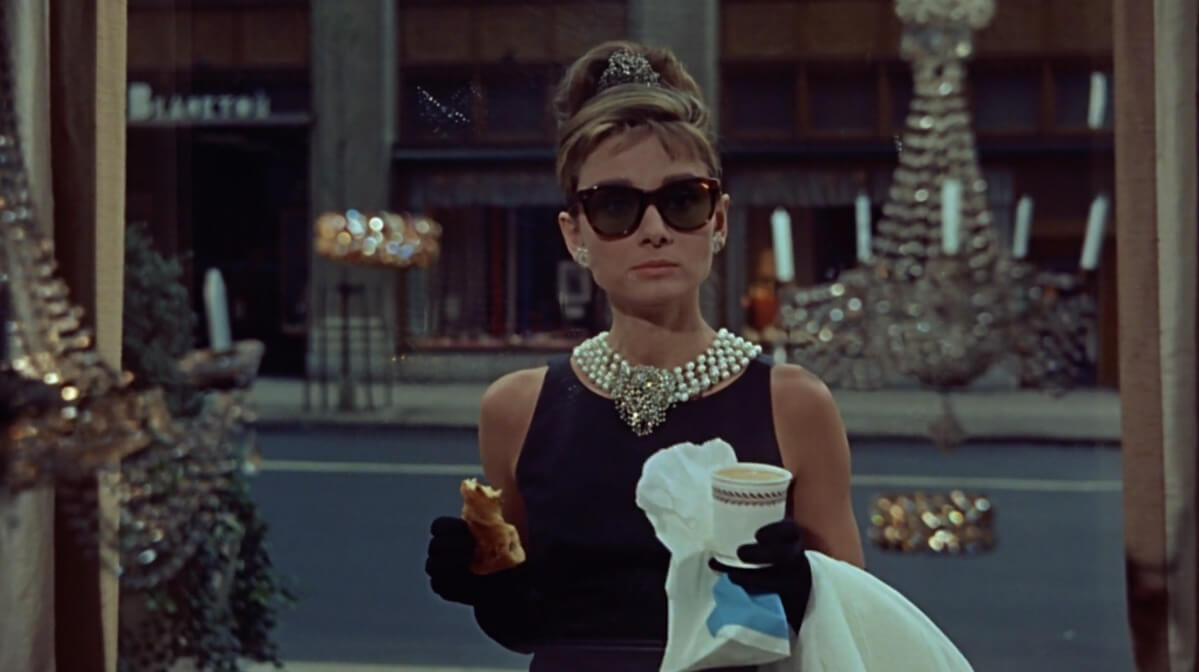 Tiffany & Co’s storefront on 5th Avenue in New York City is one of the most mythical in the world. Where in 1961, Audrey Hepburn looked with envy at the jewellery on display in front of the store while tasting a croissant, under the eye of Blake Edwards in the cult film Breakfast at Tiffany’s.

In 1837, Charles Lewis Tiffany and John Barnett Young founded Tiffany and Young, a luxury goods company based in Lower Manhattan.

When Charles Lewis Tiffany bought out his partner’s shares, the company became Tiffany & Co and soon focused on jewellery, after its acquisition of the Crown Jewels of the French Third Republic.

From then on, the brand became a must-have, making jewellery, in particular Art Deco and Art Nouveau style, as well as swords for the cavalry of the Union Army during the Civil War…

Listed in the National Register of Historic Places, the prestigious jeweller’s shop contributes greatly to the reputation of the 5th Avenue while also nurturing the prestige of the entire city.

Discover all the places Breakfast at Tiffany's on our map