Movie Beaumarchais the Scoundrel Édouard Molinaro (1996)
A businessman who played a significant role in French history, Beaumarchais is at the center of this film where his talent as a playwright is far from forgotten. This is how the writer comes to frequent a theater. Scenes filmed within the walls of the théâtre de la Coupe d'or in Rochefort.

A large-scale project, Beaumarchais the Scoundrel takes place in several places in France, even if its action is centered around the seat of power, in Paris, not far from the court of King Louis XV. The director Édouard Molinaro has used prestigious locations such as the Château de Chantilly, Versailles and Fontainebleau, as well as several sites in the Charente-Maritime region, such as the Théâtre de la Coupe d’Or in Rochefort.

Once dilapidated, the Théâtre de la Coupe d’Or regained all its prestige when the film crews took possession of it to produce a few scenes from Beaumarchais the Scoundrel. A place where no modification is necessary to encourage a real return in time for the spectators. One of the treasures of French history used to create immersive settings.

Beaumarchais the Scoundrel managed to climb to third place at the French box office behind Pédale douce and Ridicule. 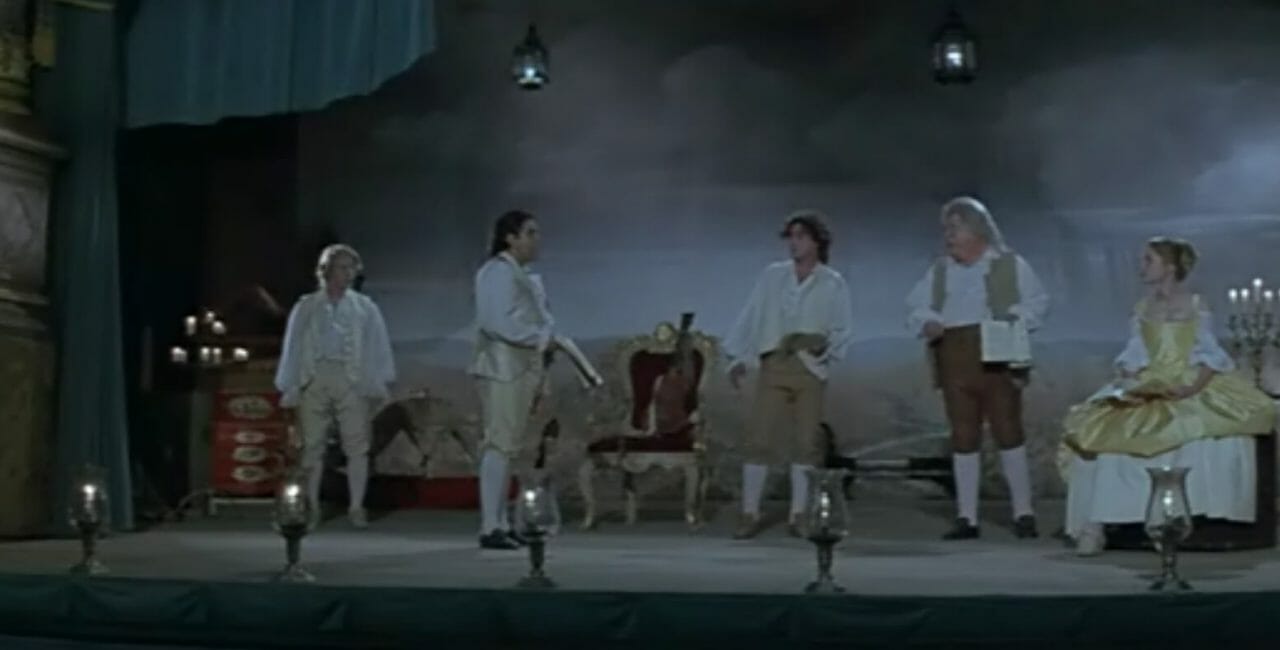 It is to Pierre-André Hèbre de Saint-Clément, then mayor of Rochefort, that the inhabitants owe the construction of this beautiful Italian-style theater. However, the building soon proved too expensive to maintain and was sold to the municipality in 1852 in an advanced state of disrepair. Lavishly renovated, it regained its superb appearance. In 1971, another renovation campaign transformed its hall into a true architectural treasure modelled on the Queen’s theater of the Petit Trianon in Versailles. Today, it hosts plays and shows.

Discover all the places Beaumarchais the Scoundrel on our map