Movie West Side Story Steven Spielberg (2021)
A rather unknown museum on the Hudson River, The Cloisters is the setting for Tony's (Ansel Elgort) declaration of love to Maria (Rachel Zegler). A place full of history, magnified by Steven Spielberg's camera, where feelings are born, thwarted by the rivalry of two clans in 1950s New York.

Intimately linked to New York, the story of West Side Story incited Steven Spielberg from the start to consider a local shooting. While he exploits locations in New Jersey, Newark in particular, he is as keen as possible, like Robert Wise before him, to film the Big Apple, a character in its own right. As with the first adaptation of the legendary Broadway musical, set in the Upper West Side in the 1950s, the filmmaker and his team set out to find the most suitable locations.

Tony’s (Ansel Elgort) declaration of love to Maria (Rachel Zegler), a very important moment in the film, is shot at The Cloisters. The old stones of this neo-romano-gothic abbey building bring West Side Story a little closer to its model Romeo and Juliet. Far from the overcrowded arteries of Manhattan and the conflicts between the Skarks and the Jets, Steven Spielberg can organize the evocation of strong feelings between the two main characters of his film, within an exceptional and atypical setting. The sequence takes place in the Cloister of Bonnefont, one of the greenest courtyards of the museum.

Steven Spieberg also commissioned the construction of sets at Steiner Studios in Brooklyn in order to film scenes that are complicated to shoot in natural settings. His film ends up being a magnificent mix of shots in a transformed New York City, in authentic locations such as The Cloisters, and in great, larger-than-life settings.

The filming of West Side Story lasted 100 days. 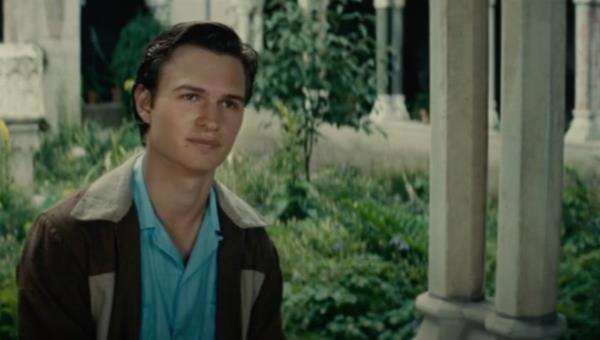 Administered by the Metropolitan Museum of Art, The Met Cloisters is an American museum with a collection of medieval objects.

Surrounded by gardens, this timeless place brings together five European medieval cloisters. Designed by the architect Charles Collens, it was inaugurated on May 10, 1938. The cloisters in question are exact repli... Learn more about The Met Cloisters

Discover all the places West Side Story on our map