Fanspot
Steps of the Braavos canal

TV show Game of Thrones (2011)
Arya Stark (Maisie Williams) falls into the Braavos Channel after her encounter with the abandoned girl (Faye Marsay). She manages to get out at small steps actually located in the port of Carnlough in Northern Ireland, County Antrim.

The Free City of Braavos has been reconstructed from the elements shown in the novels of George R.R. Martin. The teams in charge of the location scouting then proceeded in a most audacious assembly thanks to various places located in Girona in Spain, in Split in Croatia and in Carnlough in Northern Ireland. In Ireland where Maisie Williams only shot the sequence during which she comes out of the canal, at the level of small steps partially immersed in the water.

The shooting of the scene in question, was thus shot in several times. Most of the confrontation between Arya Stark (Maisie Williams) and the abandoned girl (Faye Marsay) begins in the streets of Girona, in the old Jewish quarter. When the youngest Stark girl falls overboard, she suddenly finds herself in Northern Ireland, on the steps of Carnlough harbor. A shooting attested on the spot by an explanatory panel located in front of the staircase in question, near the roadway.

If she does not play in a large number of episodes, Faye Marsay has nevertheless marked Game of Thrones. Some fans even judged the actress very negatively because of her role, without distinguishing between reality and fiction. Despite this, the actress said that the experience was very beneficial to her.

The port of Carnlough is the only Irish location used by the Game of Thrones production to recreate the town of Braavos. 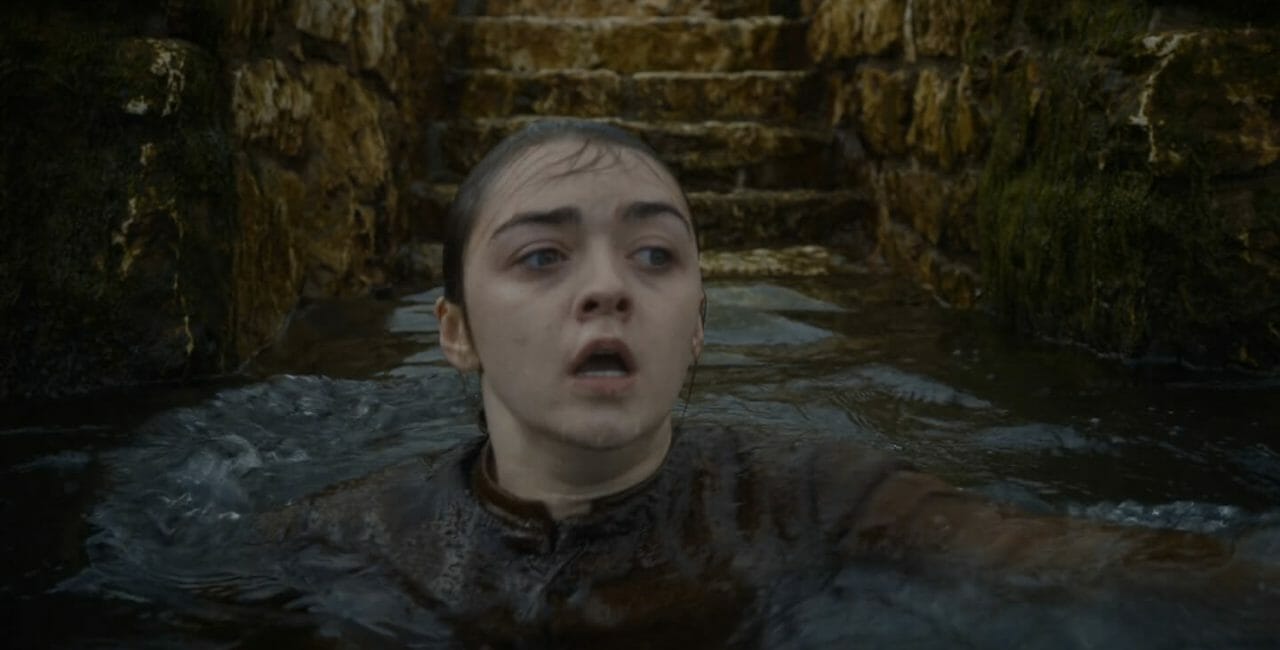 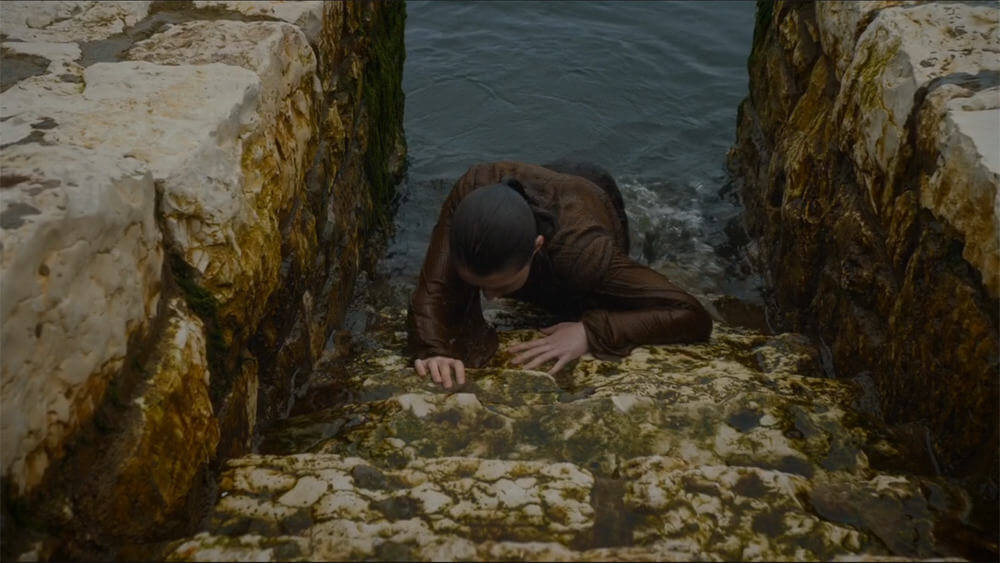 A small coastal village in County Antrim, Carnlough stands out thanks to its remarkably well-preserved small fishing port.

The entrance to Carnlough is marked by a small bridge next to which remains one of the few red telephone boxes in Northern Ireland. Nearby, the small port shelters the boats of the inhabitants. With its traditional architecture, it tells visitors part of the region’s history. Visitors are also attracted by the small steps emerging from the water, where a scene from Game of Thrones was filmed. The bikers of the Sons of Anarchy series also stopped there in the season, the plot of which takes place largely in Ireland.