Comics Ricky banlieue Frank Margerin (1980)
The capital of comics honors many characters of the 9th art. Lucien, the hero of Margerin does not escape it.

Lucien appeared for the first time in 1979 in short stories in the magazine Métal Hurlant, but he will soon have his own main series.

The first album, Ricky banlieue, features Ricky and his rocker band in which Lucien is the guitarist. First thought of as the main character, Lucien will very quickly become the main character of the universe created by Margerin.

Having quickly become a comic book icon, in 1998, a club of comic book lovers offered the city of Angoulême a monumental statue of the character created by Frank Margerin.

This 80 kg statue of François Cortes made of polystyrene will have hardly resisted the years. It was damaged in 1999 following the storm, vandalized in 2006 during a rave party and decapitated in 2014. In 2019, the city of Angoulême decided to send the biker in the country of comics, Belgium, so that it can undergo a real restoration for three months.

Brand new, the statue of Lucien now sits on the roof of the entrance hall of the Angoulême train station, welcoming visitors to the city of Angoulême. 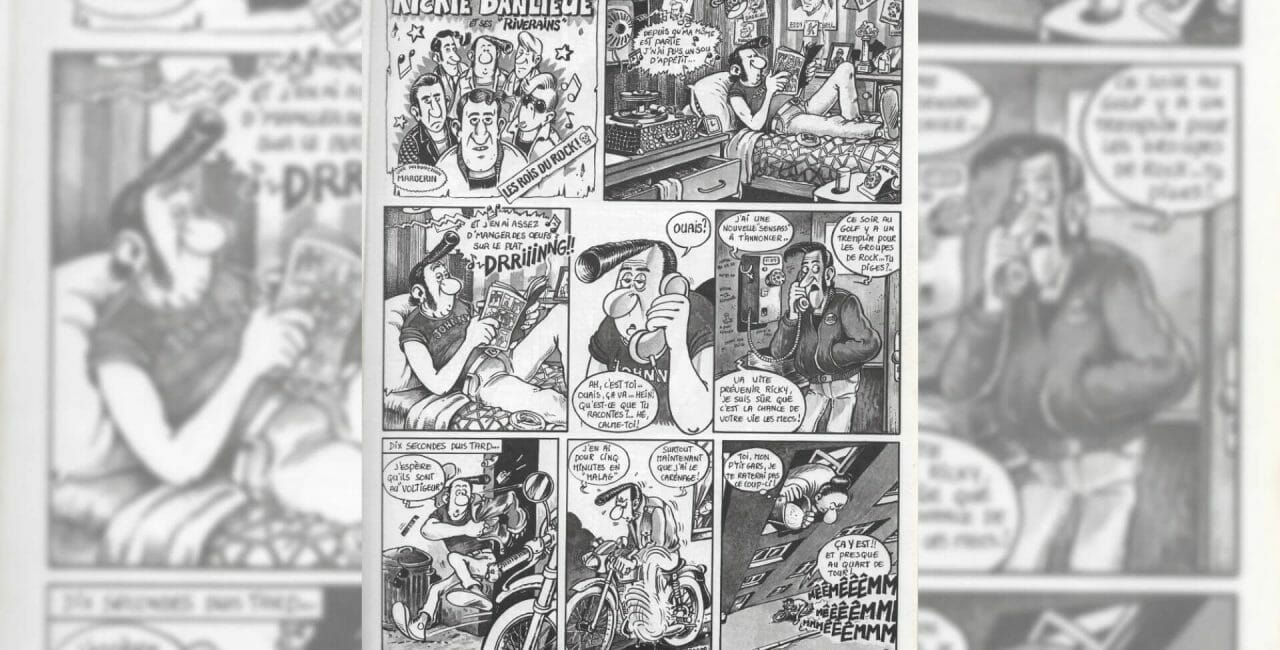 Inaugurated on September 20, 1852, the Angoulême train station was built the same year the railroad arrived in the city.

The work on the station incorporated part of the former Royal College of the Navy. Napoleon III came for the inauguration on October 10, 1852. Sadly famous for having seen the transit of trains bound for concentration ... Learn more about Angoulême Gare SNCF

Discover all the places Ricky banlieue on our map