Movie The Immigrant Charlie Chaplin (1917)
The Statue of Liberty is the first thing Charlot (Charlie Chaplin) and the other passengers on the boat see when they arrive in the United States. It symbolizes hope.

Charlot seeks to reach “the land of Freedom”, as the short film specifies, by all means and boat trip. On board, he meets a young woman, plays cards, avoids seasickness, but above all he is mistaken for a pickpocket.

Just arrived in front of the Statue of Liberty, immigration officers began to check in the passengers, treating them like cattle. Charlie Chaplin kicks him discreetly, before seeing the young lady and her mother leave, separated from the rest of the group.

The scene, which may seem innocuous, played a crucial role in 1952 when Charlie Chaplin was forced to leave the United States. This kick was cited as evidence of his anti-Americanism.

Rather than playing the Emigrant, Charlie Chaplin immigrated from the “land of freedom”. 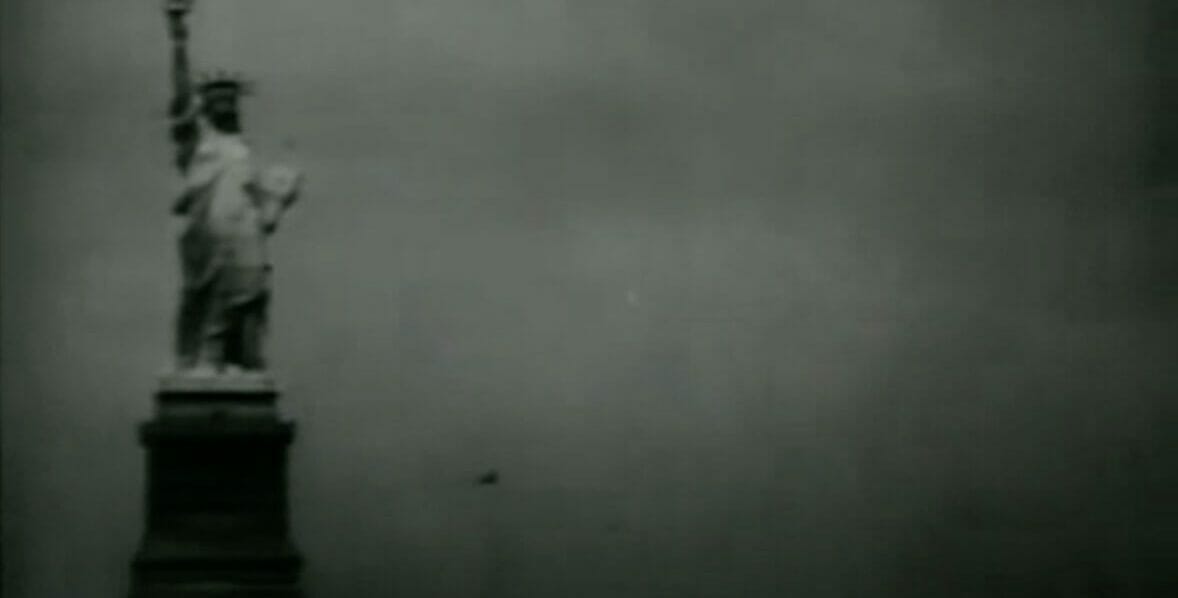 Scene of the Statue of Liberty in Charlot the Emigrant.

One of the most famous monuments in the world, the work of Frenchman Auguste Bartholdi is not only the emblem of New York, but also and above all that of freedom, a value so dear to Americans. A powerful symbol, strong images: destruction, protective allegory, a happy ending, hope… The Statue of Liberty has inspired creators and its radiance does not seem to be about to fade away.

Offered by France in 1886 to mark the centennial of the American Declaration of Independence, the Statue of Liberty has long been America’s first vision for millions of migrants.

Their boats sailed along Liberty Island, on which the 93-meter-high monument stands, before their passage to immigration on Ellis Island. Named Liberty Enlightening the World, the statue looks toward Europe and the date of the proclamation of independence, July 4, 1776, is engraved on its tablet.

The broken chains at its feet are a metaphor for freedom. To visit it, you must take the boat from Battery Park in southern Manhattan or Liberty State Park in New Jersey and it is recommended to buy tickets in advance.

Discover all the places The Immigrant on our map