Movie 2001: A Space Odyssey Stanley Kubrick (1968)
An absolute reference in science fiction that is subject to many reflections and interpretations, 2001: A Space Odyssey is one of the founding films in the history of cinema. A terribly ambitious feature film, in which Stanley Kubrick questions both the origins of man but also its future within a universe as hostile as it is vast.

Incredible but true, 2001 A Space Odyssey was shot almost exclusively indoors! When production began on December 29, 1965, Stanley Kubrick, always reluctant to travel too much, took up residence at Shepperton Studios in England.

He later moved to MGM Studios in Borehamwood. In the end, only one sequence justified shooting on location. And even for this one, the director resorted to a trick… The first sequence of 2001: A Space Odyssey is called The Dawn of Humanity.

In Africa, australopithecines discover an imposing monolith in front of their cave. As soon as they touch it, knowledge comes over them and they are able to use bones as a weapon. The Dawn of Humanity was filmed outside Borehamwood, England, by John Alcott. He then took care not to film planes and cars in the background in order to overlay the images of the australopithecines on top of shots of the Spitzkoppe site in Namibia.

The clever effect is made possible by the projection of Namibian landscapes on a screen 30 meters long and 12 meters high. On screen, the illusion is perfect and allows the director to introduce his film emphatically to Richard Strauss’ Also sprach Zarathustra. All this before flying off into time and space for a fascinating dissertation on man and his thirst for the absolute.

Stanley Kubrick hired twenty professional mimes to interpret the apes at the beginning of the film. 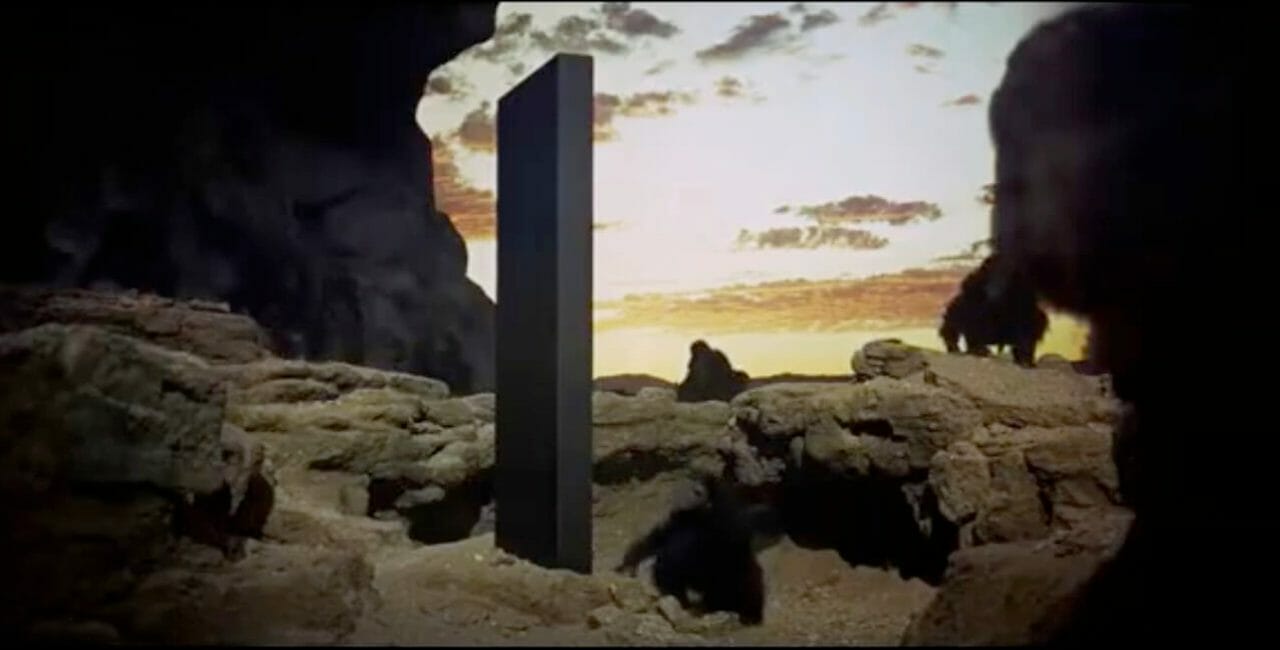 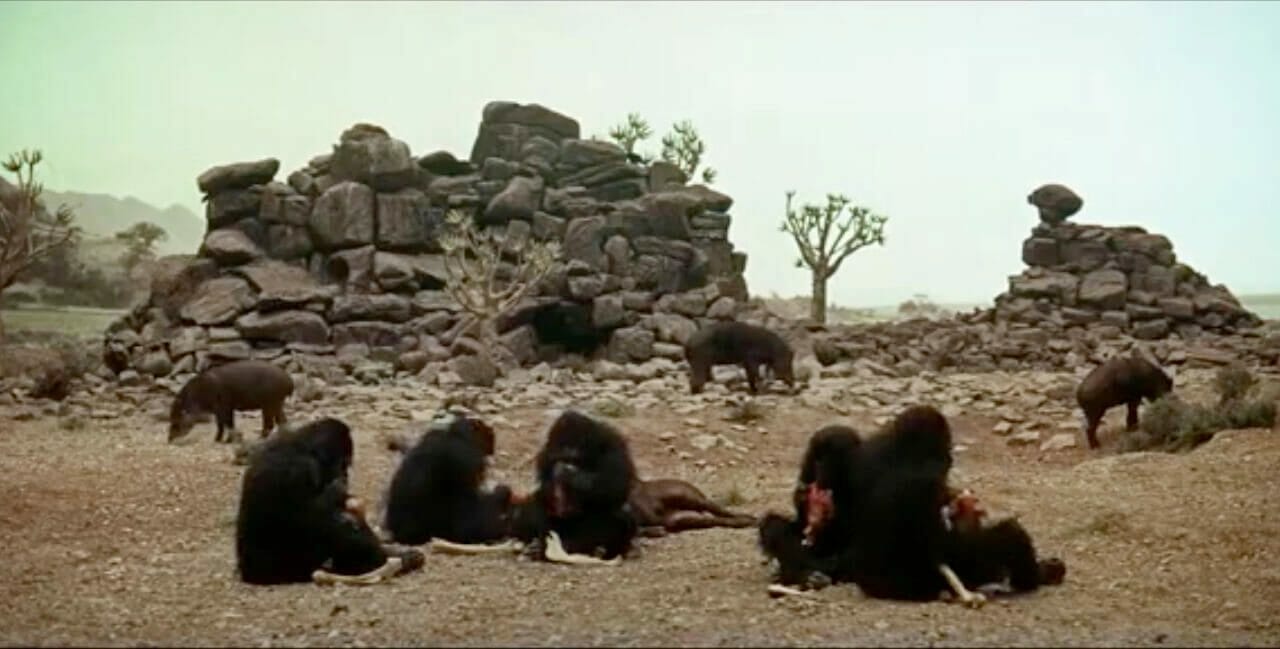 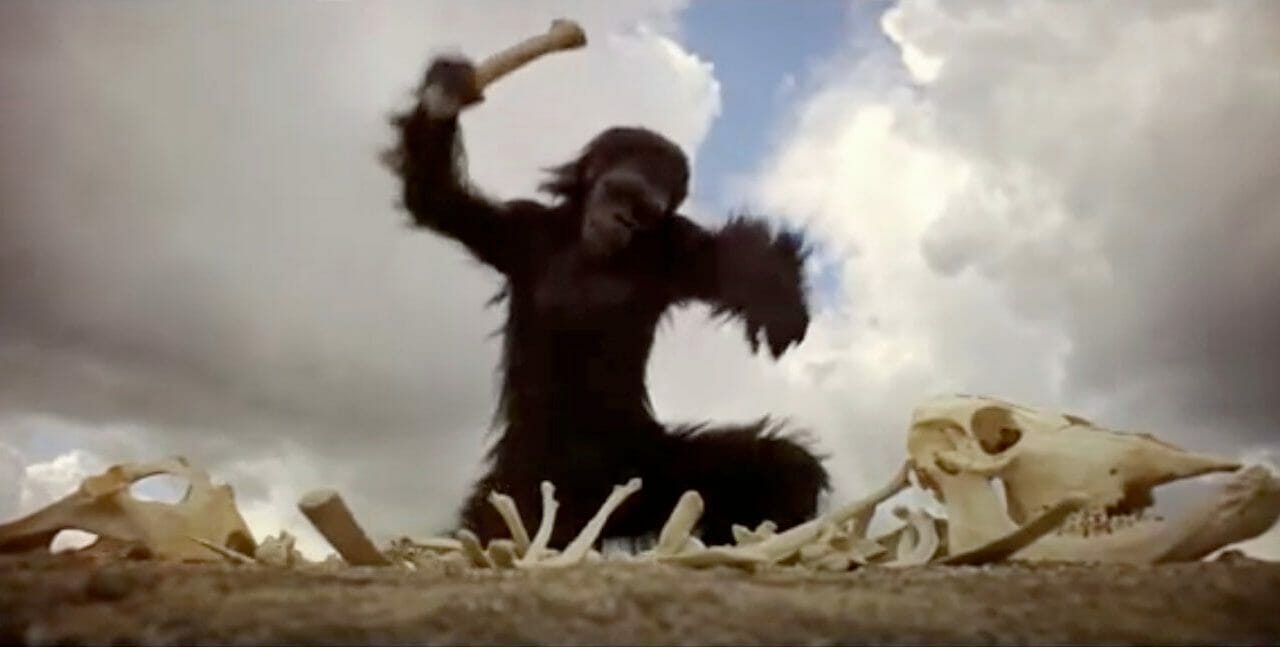 Spectacular rocky heap, Spitzkoppe is located in the heart of Damaraland, in the Namib desert. An almost surreal site, with a breathtaking beauty.

More than 700 million years ago, this exceptional site exists. A place today frequented by many mountaineers; man is one of the mammals that regularly pass through the area around Spitzkoppe. U... Learn more about Spitzkoppe

Discover all the places 2001: A Space Odyssey on our map