Saga The Matrix
Movie Matrix Resurrections Lana Wachowski (2021)
Regularly frequented by Thomas A. Anderson (Keanu Reeves), the Simulatte is a trendy café in downtown San Francisco. A fictional place created from Joe & The Juice, a bar located on the ground floor of the Russ Building, one of the most notable buildings in the Bay Area.

The scene in which Thomas A. Anderson (Keanu Reeves) is drinking coffee with a colleague before a seemingly chance encounter with Tiffany, aka Trinity (Carrie-Anne Moss) is pivotal. A first contact taking place within the walls of the Russ Building, in a bar of the Joe & The Juice franchise renamed Simulatte for the occasion. When Lana Wachowski and her team take possession of the place, several adjustments are necessary to redecorate the place. In addition to the green illuminated sign on the front, the entire interior has been redesigned.

The director, operating solo here for the first time without her sister Lily, returns to the Joe & The Juice to wrap up the introduction to one of the most spectacular sequences in Matrix Resurrections, when Neo confronts the Analyst (Neil Patrick Harris). The impressive chase through the streets of San Francisco begins at the café. An ambitious scene, shot at night, with a large number of extras. Thus, the Russ Building, and more particularly Joe & The Juice, take a central place in the story of this surprising and late sequel. A place of relaxation that has now been restored to its original appearance. Be careful though, because appearances can be deceiving. It is perhaps thus advisable to remain attentive to the possible bugs likely to occur in the matrix.

The Jefferson Airplane’s song White Rabbit, used by Lana Wachowski at the beginning of Matrix Resurrections, is the fifth most used song in movies. He has appeared in films such as Platoon, Las Vegas Parano, The Holiday and in series such as The Simpsons, Futurama and The Sopranos. 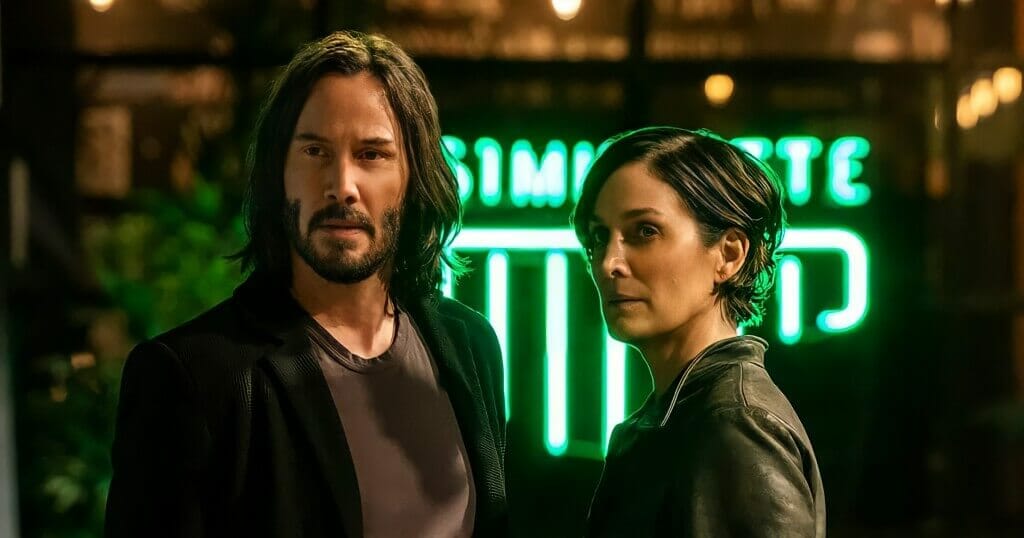 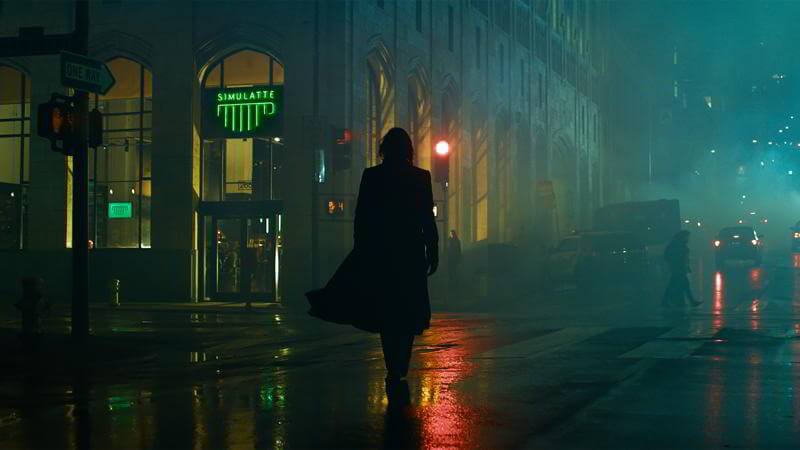 Located in the middle of the financial district of San Francisco, this building designed by the famous architect John Graham was, at the time of its emergence, the highest of its kind west of Dallas. Later surpassed by 555 California Street, it was designed to house the computer subsidiary of Wells Fargo.

Unusual for the time, the building includes access to the underground subway. People working there enjoy a breathtaking view of the Golden Gate Bridge and the San Francisco Bay. It also offers a luxurious terrace where it is good to eat and enjoy the city’s micro-climate.

Discover all the places The Matrix on our map