Music Princes of the Universe Queen (1986)
Queen's music undeniably helped make the movie Highlander famous. The British band has signed several tracks including Princes of the Universe. The occasion for the English to invest the Silvercup Studios in New York to shoot the video of the song. Clip in which Christophe Lambert makes a noticeable appearance.

While Queen composed several tracks for theHighlander soundtrack, Princes of the Universe is the only one entirely credited to Freddie Mercury. It is when they are approached by the production, that the English get to work. The director of the feature film, Russell Mulcahy then gives the working title of the project, Princes of the Universe. Immediately inspired, Freddie Mercury starts playing the piano. Taken by time, the group recorded a first version that was to appear in the credits of Highlander. Later, Brian May will add a solo for the exploitation of the song on the album A Kind of Magic.

The filmmaker decided to shoot the video clip for Princes of the Universe using Silvercup Studios. A place where the final battle in Highlander takes place. Installed on the roof of the complex, under the gigantic and iconic sign, the combo reproduces in a certain way the confrontation. Christophe Lambert even makes an appearance, fighting Freddie Mercury with his sword, while the musician is armed with his microphone stand. Footage is also produced from Elstree Studios in London. Unusually, Brian May did not want to play on his famous Red Special guitar, which he made with his father from the lintel of a fireplace. Instead, he holds a Washburn RR11V.

The members of Queen have long since earned their immortality when they take on Connor MacLeod, the main character inHighlander. On top of the world, they appear here on the roof of New York’s largest studio, affirming their position on rock’s Mount Olympus.

Princes of the Universe was used twice: for the Russell Mulcahy film Highlander and as the opening credits for the Highlander series produced following the success of the feature film. 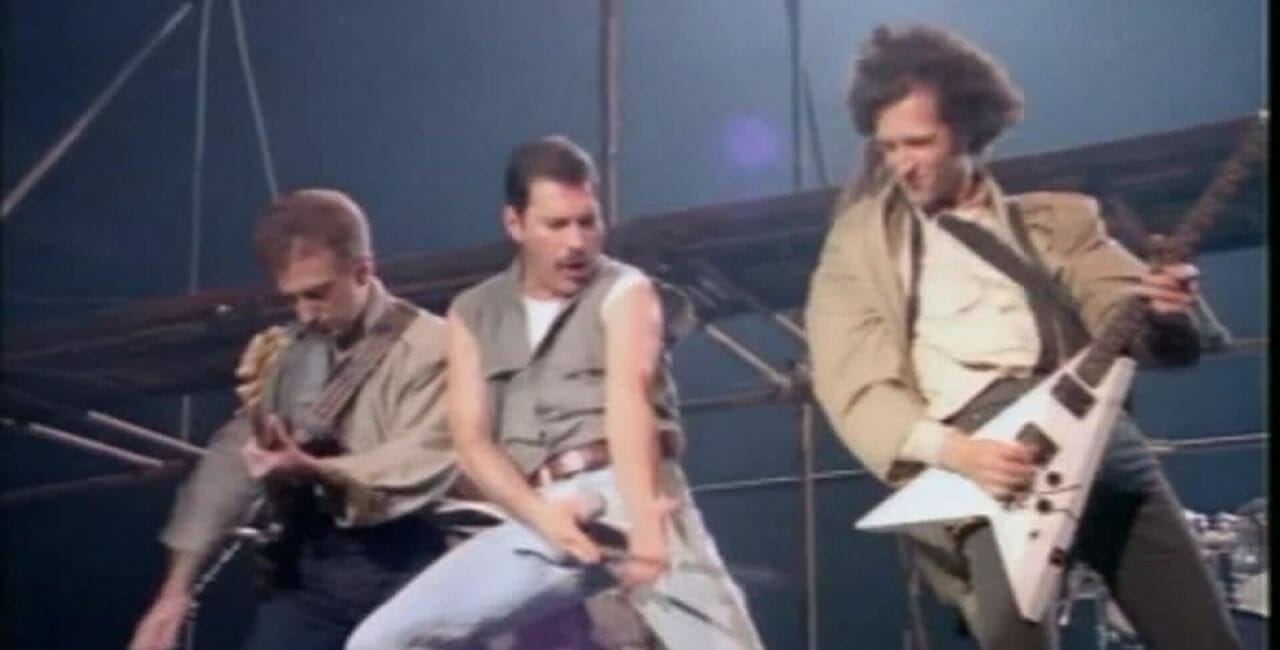 Discover all the places Princes of the Universe on our map