Saga The Gendarme
Movie The Gendarme in New York Jean Girault (1965)
Cruchot (Louis de Funès) and his colleagues stay at the Sheraton New York Times Square Hotel, in the presence of all the foreign delegations for the international congress.

Following the success of their nudist operation, the Saint-Tropez Gendarmerie Brigade was chosen to represent the French delegation at the International Gendarmerie Congress. All delegations are staying at the luxury Sheraton New York Times Square Hotel.

Less than three years after its opening, the Sheraton New York Times Square Hotel was chosen by the film crew for its convention space. It was in this huge reception room that Cruchot (Louis de funès) had some difficulties with his translation helmet during the welcoming ceremony of the different national brigades.

The choice of a trip to New York aboard the liner France was very much appreciated by the company that owned the ship, benefiting from original publicity. During this crossing, while the tourists took the gendarmes for customs officers, the captain of the ship and Jean Girault had the idea to broadcast the first opus. At the end of the screening, the holidaymakers rushed to the actors to get autographs.

This is the total number of admissions for all the films in the saga, making the hexalogy a must-see in French cinema. 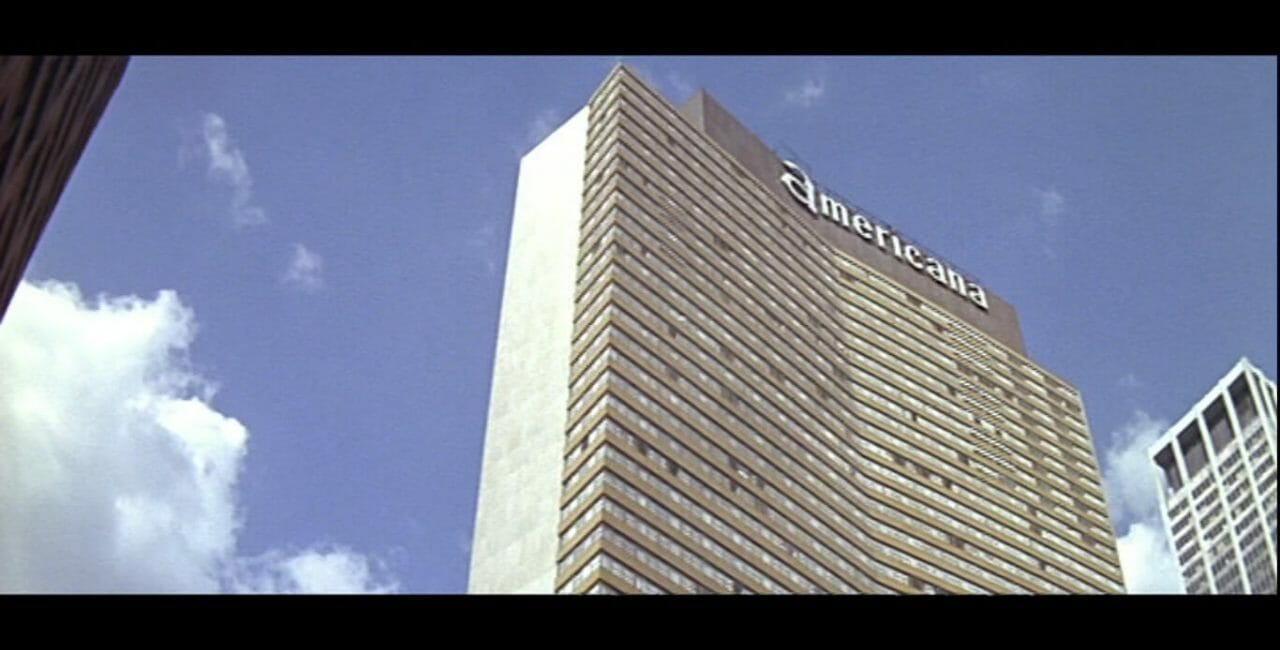 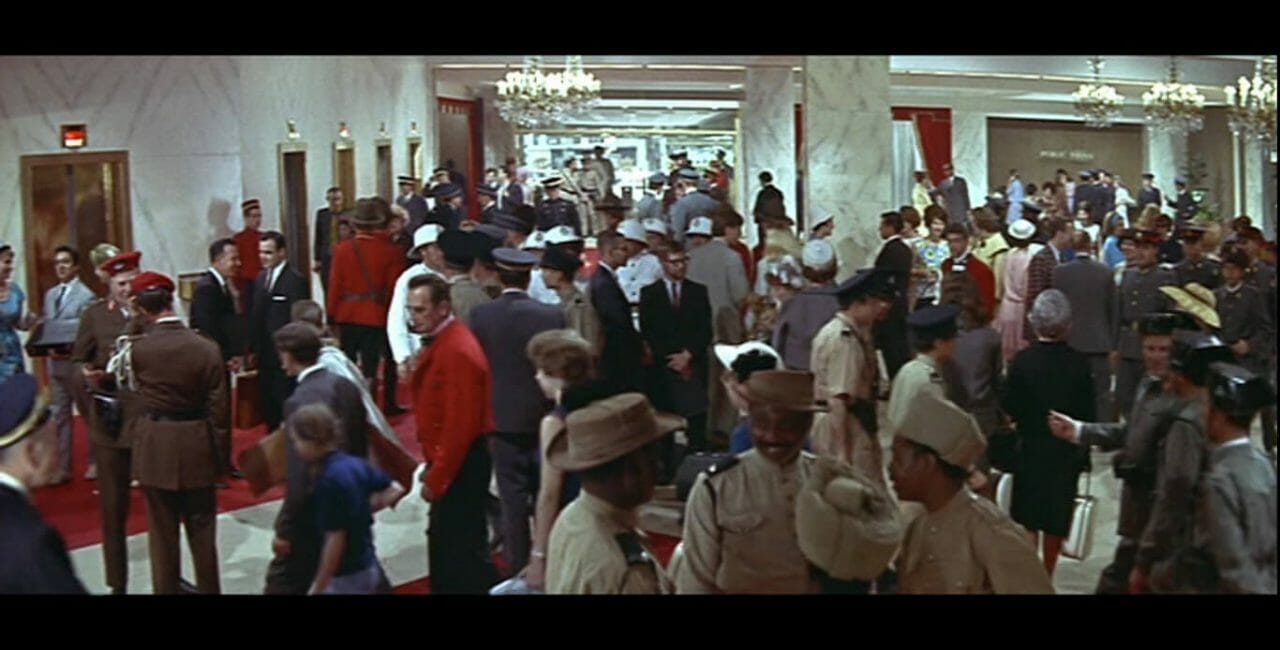 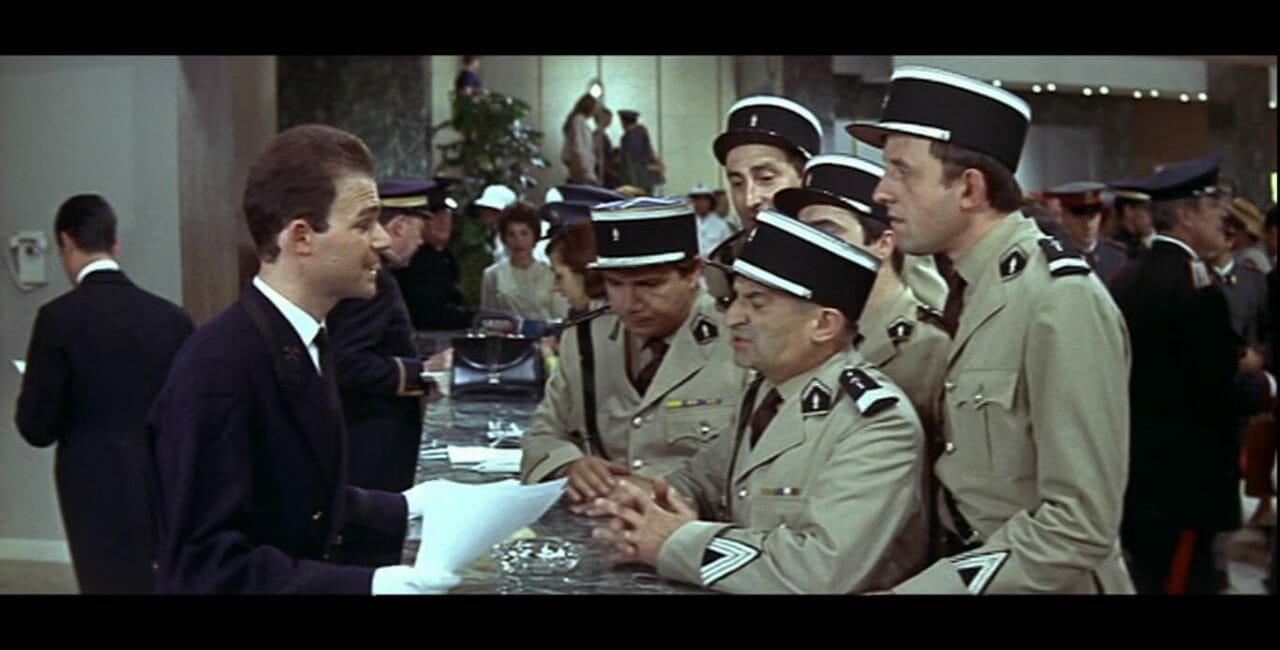 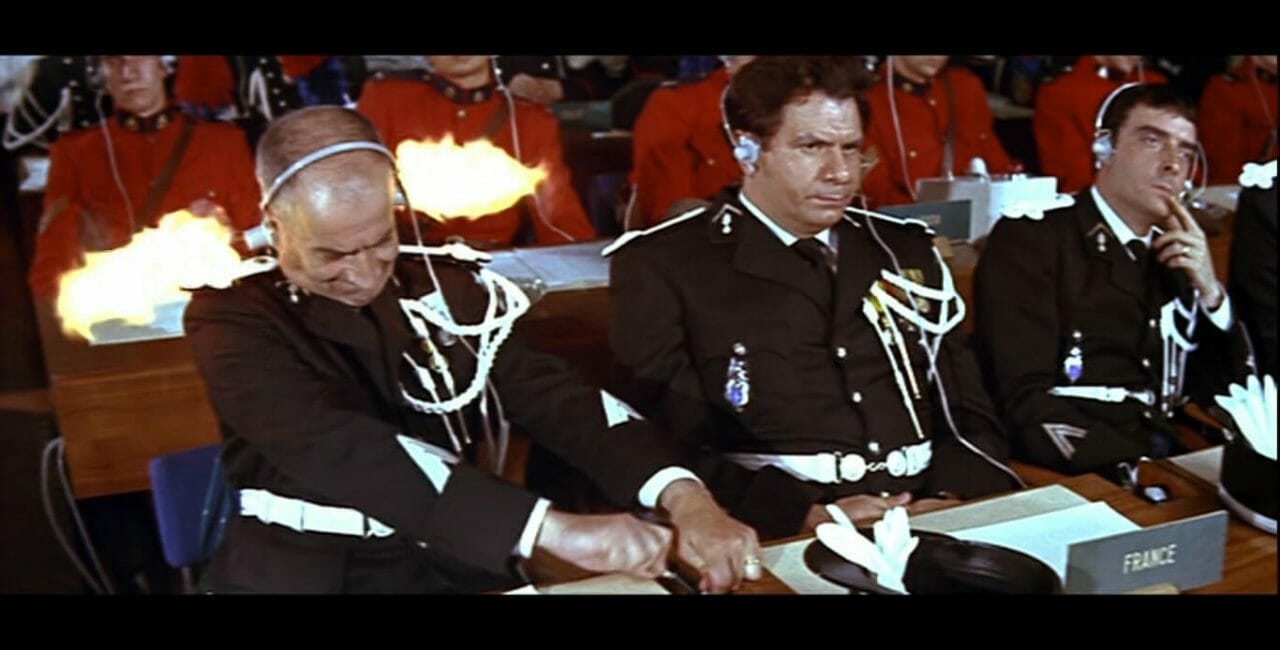 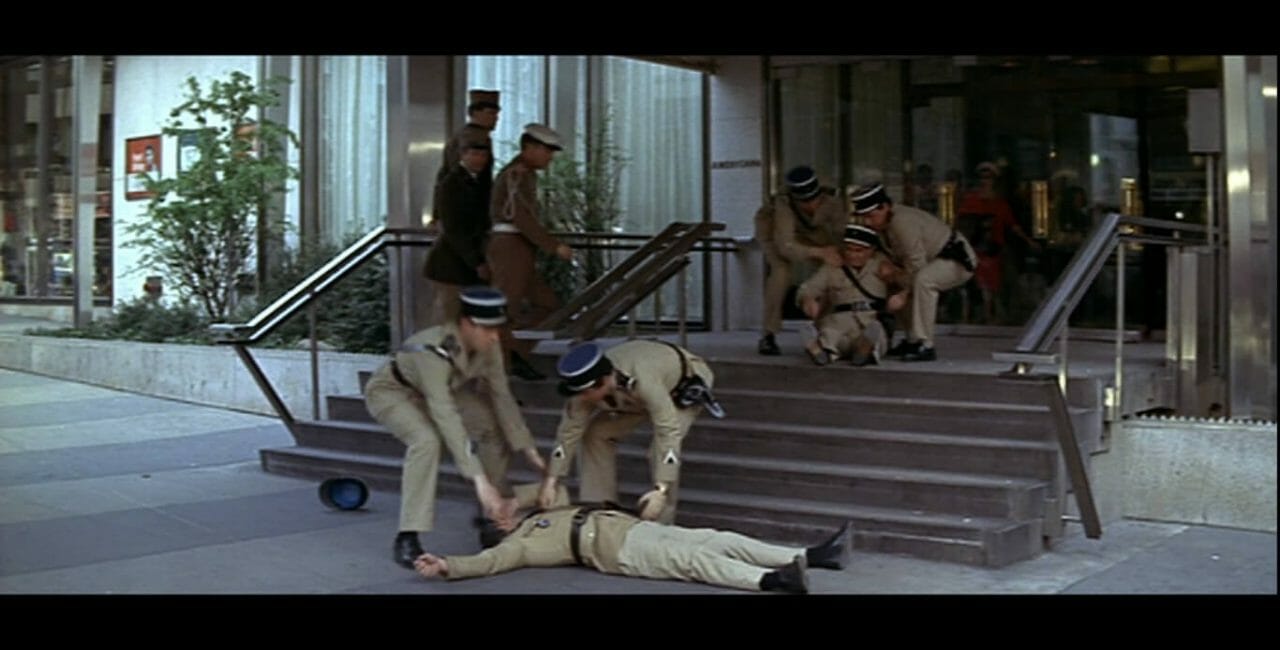 The Sheraton New York Time Square Hotel is 152.7 meters high and has 51 floors. It is one of the 100 highest hotels in the world.

Opened in 1962 as New York’s Americana, the Sheraton New York Time Square Hotel was built by the Tisch brothers. With its 2,000 rooms spread over 51 floors, it has long been the tallest hotel in the world.

Originally, the hotel had five restaurants, ten ballrooms and a large convention hall. These facilities allowed it to host many events such as the 1963 Tony Awards, or the John Lennon and Paul McCartney press conference in 1968.