Movie The Shawshank Redemption Frank Darabont (1994)
The years go by but the plebiscite of which The Shawshank Redemption is the object does not weaken. Generation after generation of viewers have been moved by this adaptation of a Stephen King short story shot in a real prison. An establishment now rehabilitated where one day, a resilient prisoner refused to submit.

The shooting of The Shawshank Redemption began in June 1993. While the story is set in the state of Maine, the production, seduced by the building’s gothic architecture, moved to the Ohio State Reformatory, a former prison converted into a museum, already used by the cinema.

Eager to make the most of this imposing building, Frank Darabont uses not only the inner courtyard, the cells and the corridors but also the admission rooms and the director’s office. In addition, production also builds cells in a nearby factory to facilitate certain staging movements.

Want to know more about this place and its connection to The Shawshank Redemption? Find the whole story and 99 others in the book Cult! cinema!

Decorations shaped to blend in with the decorum of the building and integrate a coherent whole. Benefiting from the expertise of the legendary Roger Deakins, one of the most sought-after cinematographers in Hollywood, the filmmaker manages, for the duration of the shoot, to restore the penitentiary to its original role.

Much of the prison set was destroyed at the end of filming. Nevertheless, today remains the spectacular administrative building in which Andy Dufresne, the character played by Tim Robbins, did everything he could to keep hope alive. It is also possible to visit the premises. More regrettably, the tree at the foot of which the character buries his treasure was torn down by a storm.

Red’s cell is number 237, the same the same as the cursed room in The Shining. 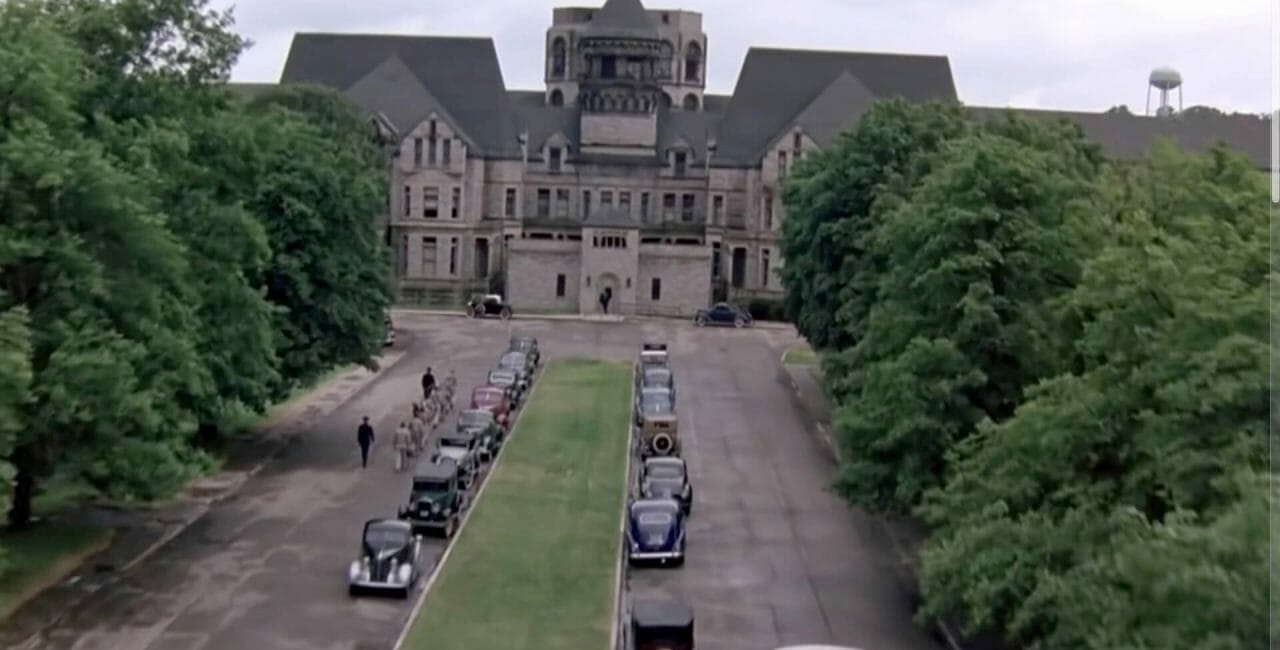 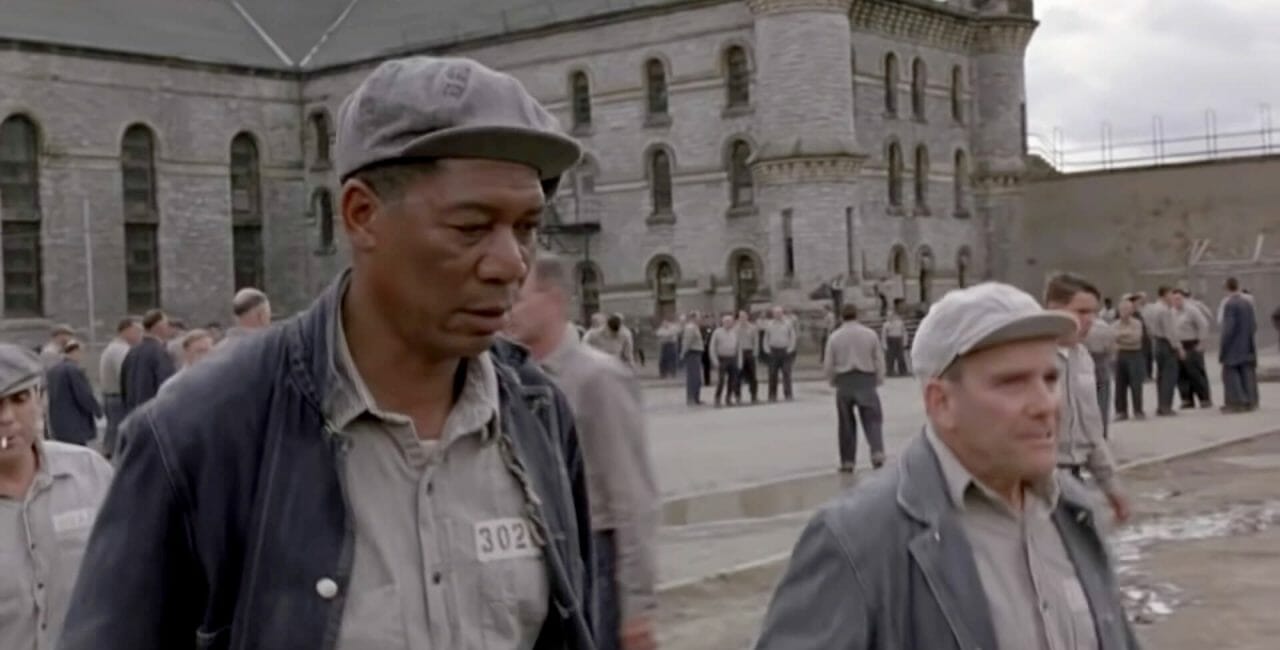 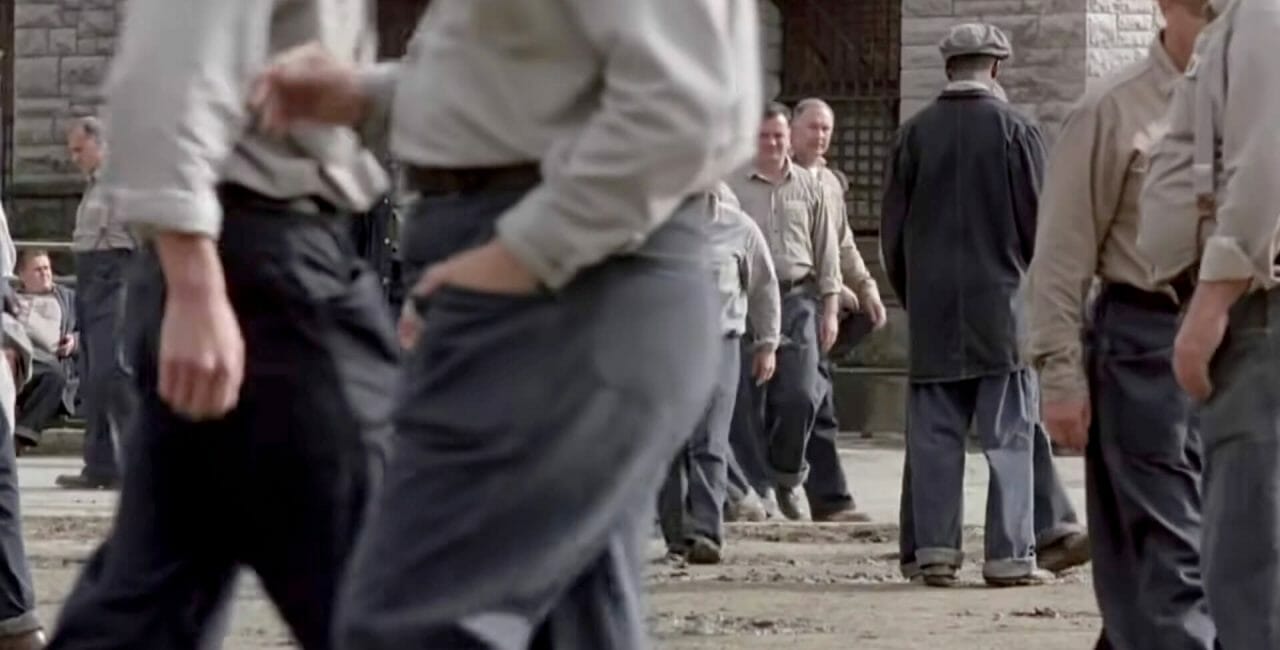 A former prison now listed on the National Register of Historic Places, the Ohio State Reformatory retains its intimidating appearance. A stone fortress at the center of some rather disturbing urban legends.

It is said that ghosts have taken possession of the cells and corridors of this penitentiary closed in 1990. Now a museum, it continues to fascinate because of the many accounts of ghosts taking up residence there. The role in pop culture of this prison built in 1886 is of course no stranger to its popularity around the world. And if it remains known for The Shawshank Redemption, it also appears in Tango & Cash, Air Force One and a large number of clips and TV shows.

Discover all the places The Shawshank Redemption on our map