Movie Joker Todd Phillips (2019)
An instant classic and a true cultural phenomenon, Joker was a cinematic shock. A dark film, carried by the inhabited performance of a Joaquin Phoenix at the top of his art, whose story transits several times at the level of stairs since become famous.

Once upon a time, the Bronx… Once considered uninviting, this tumultuous Manhattan neighbor, one of New York’s most feared boroughs in the 1930s through the 1980s, has since redeemed itself. The stairs, where Joker fans now flock to re-enact the famous choreography that the character performs to Gary Glitter’s Rock and Roll Part 2, have become a popular tourist spot, sometimes to the chagrin of the locals. Some people have even campaigned to charge for the right to photograph themselves on site. The song has caused controversy, because of the accusations of pedophilia that the British singer, now behind bars, was subject. Initially, Todd Phillips intended to exploit other staircases, also located in the Bronx, where American Gangster was shot.
Once there, it was obvious that the renovations done on the site had totally erased its authenticity. The team then took possession of the steps of Shakespeare Avenue, not without difficulty. During the shooting, many children of the neighborhood and some paparazzi rushed into the apartments overlooking the stairs to shout but also insult Joaquin Phoenix. The actor had to use all his skills to keep his head down and stay focused on his descent, making sure he didn’t fall. His masterful performance made this scene legendary as the Joker.

A true apology for violence for some, a subversive masterpiece for others, Jokerdelivers its own interpretation of the origins of one of the most emblematic villains of DC Comics. Reminiscent of Martin Scorsese’s Taxi Driver, and certainly subversive, the film grossed more than a billion dollars at the global box office. It also won the Golden Lion at the 2019 Venice Film Festival, while the Golden Globes and the 2020 Oscars crowned Joaquin Phoenix’s performance as well as the score by composer Hildur Guðnadóttir.

The famous “Joker Stairs” have 132 steps. 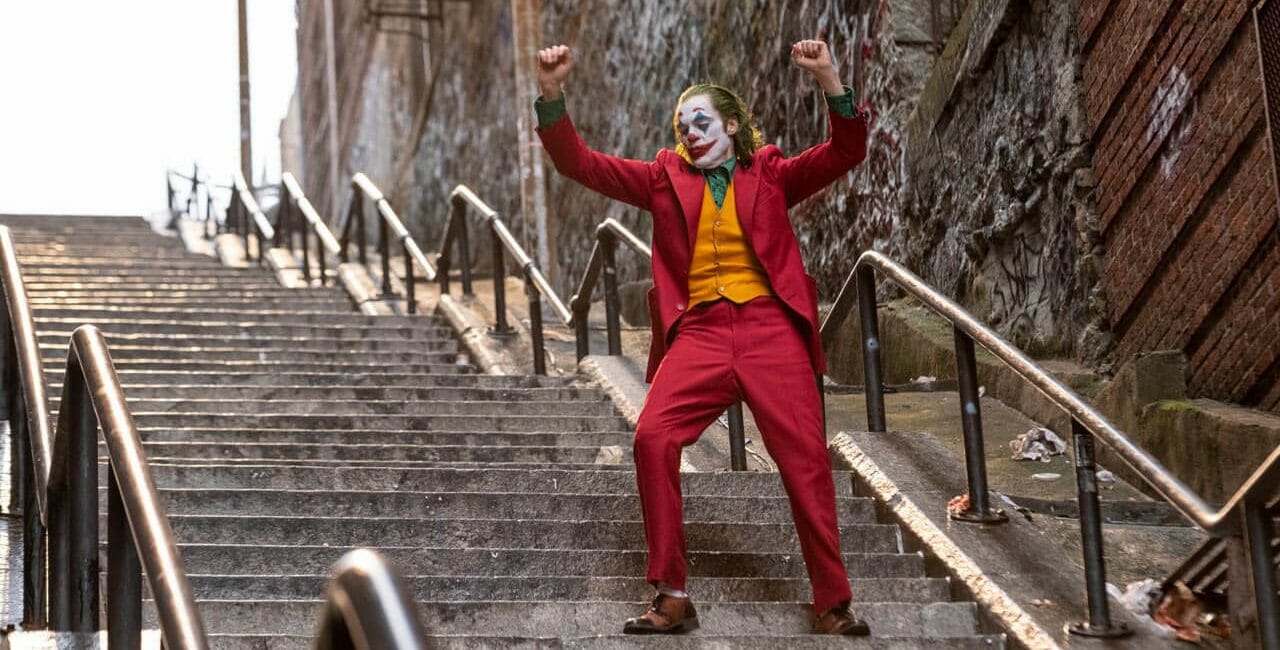 Surrounded by tall buildings dating from the 1920s, the stairs at 1163 Shakespeare Avenue connect it to Anderson Avenue.

It costs about $1,775 a month to live in a two-room, 47m2 apartment in one of the buildings surrounding the steps. The sharp decline in crime since the 1930s has given the neighborhood a new lease on life. New Yorkers who once deserted the area were able to rediscover the surroundings and move into the cheap apartments close to the coveted island of Manhattan. Some residents now lament the new popularity of the staircase since the release of Joker.

Discover all the places Joker on our map