As for Jurassic World: Fallen Kingdom, the production of Jurassic World Dominion installs Owen Grady’s (Chris Pratt) cabin in Surrey, England. In the scenario, this one is supposed to be located near a sawmill. However, in reality, the sawmill in question, long since closed, is located a few thousand kilometers away, across the ocean, in British Columbia, near the small town of Merritt.

The sequence that director Colin Trevorrow shot near the old Merritt sawmill is one of the most contemplative in the film. In this scene, young Maisie Lockwood (Isabella Sermon) admires several gigantic dinosaurs as they wake up in the snow before the stunned eyes of the workers. Creatures generated by computer by the magicians of Industrial Light and Magic and then inserted into a real environment.

While in the area, Colin Trevorrow’s team also took advantage of a metal bridge and the historic Coldwater Hotel in British Columbia to do some shooting in the woods.

Jurassic World Dominion earned $59.6 million at the box office on its first day of release in the United States. 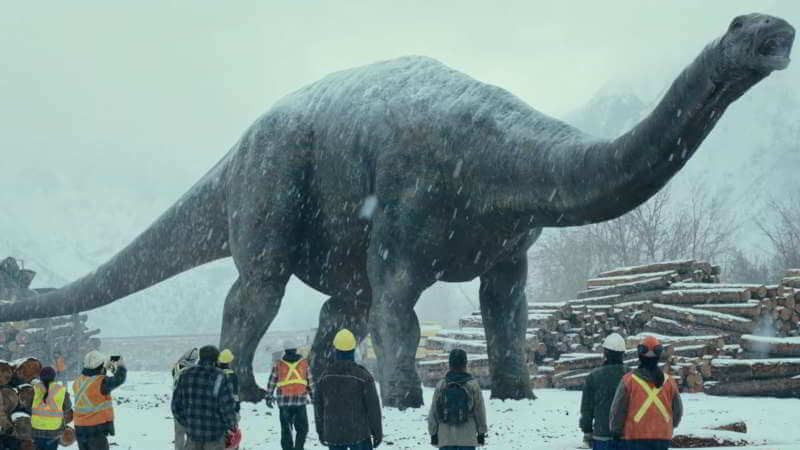 Praised by canoe kayak enthusiasts, this natural site consists of a superb collection of spectacular views.

The Little Box Canyon is revealed north of Vancouver, at the gates of the small town of Merritt, in a wooded area. Open to camping, lending itself beautifully to hiking and ballads, this canyon is one of the hidden treasures of Brit... Learn more about Little Box Canyon

Experience the full Jurassic era with all 6 blockbuster films packaged together for the very first time.