Movie The Dazzled Sarah Suco (2019)
It is in the church of Saint-Pierre de Segonzac that the Community of the Dove practices its worship.

The church of Saint-Pierre de Segonzac hosts the various masses of the Community of the Dove, which includes Frédéric Lourmel (Éric Caravaca), his wife (Camille Cottin) and his children. The father, nicknamed “The Shepherd” (Jean-Pierre Darroussin) ensures the mass, he is also, as his name indicates, the guide of the community to the Lord.

The church is at the heart of the plot since it is located right next to their “headquarters” which is actually the town hall of Segonzac.

The Community of the Dove is modeled on the sects imported from the United States since the 1970s that call for a spiritual renewal of the Holy Spirit. Each member, including the children, performs group prayers and rituals daily. The whole of their life is governed between the dress, hairstyles and rules of life, making normal social life impossible for a child.

The film received 4 awards including the best film award at the 17th edition of the Alice Nella Città festival in Rome. 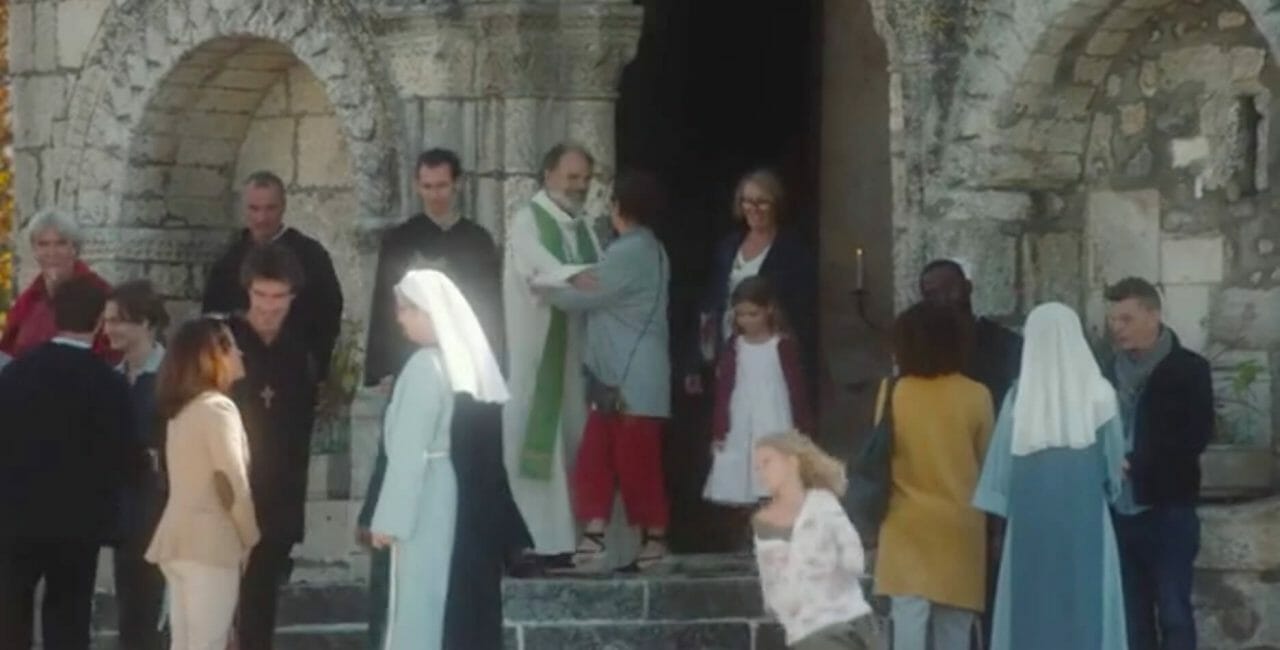 Scene in front of the Saint-Pierre church in Segonzac in The Dazzled – Credit: Pyramide Distribution, Mon Voisin Productions and Épithète Films 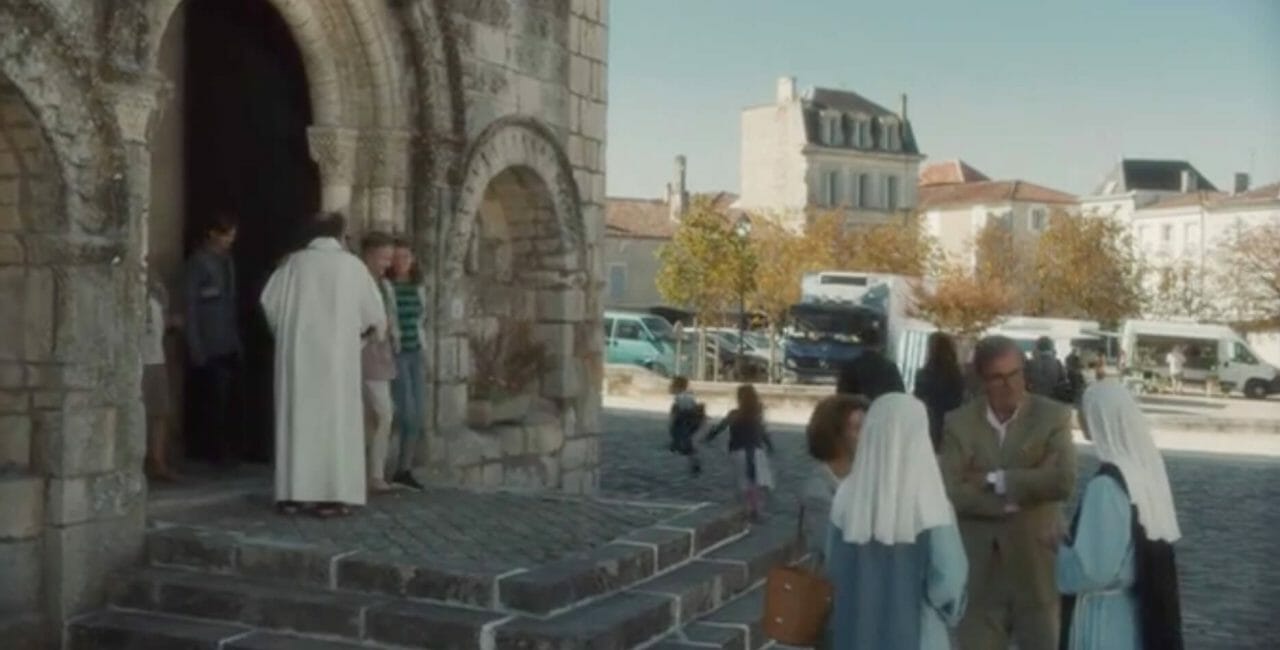 Scene in front of the Saint-Pierre church in Segonzac in The Dazzled – Credit: Pyramide Distribution, Mon Voisin Productions and Épithète Films

The Saint-Pierre church in Segonzac has been a listed monument since 1932.

Destroyed for the most part in 1562, the church built in the 12th century has kept its choir, its front bell tower and its south aisle. Between 1865 and 1868, the entire interior of the church was rebuilt. Only the bell tower, the western facade and the choir are protected by a decree of January 25, 1932 classifying the monument as historical.

Discover all the places The Dazzled on our map