Novel Le cahier volé Régine Deforges (1975)
Scandal in Montmorillon. Léone and her sister are expelled from the Saint-Martial Institution...

Montmorillon, in the 1950s. The young Régine Deforges lives with her parents and sister in this small town in the Vienne region. She attends the Saint-Martial Institution, a private Catholic school. Despite the modest life of the family, the couple made this financial sacrifice to give their daughters a good education.

The author, born in 1935 in Montmorillon, decided to tell the story of her adolescence in Le cahier volé, published in 1978. In this autobiography, the heroine is not called Régine but Léone. The book relates a wound left gaping in the heart of the writer. That of its rejection by the whole city of Montmorillon.

Léone was only 15 years old in 1950. One evening after class, Jean-Claude, her boyfriend, picks her up and together they discover the joys of sex. For some time, the teenager has been in the habit of recording her life in a small notebook, her diary. Well hidden so that no one can find it, she tells us about her first love with Mélie, her friend.

While the Deforges family is on vacation, Jean-Claude steals Léone’s notebook. The reading caused a scandal and the couple was even summoned by the gendarmerie. The opprobrium is thrown on the Deforges. Léone and her sister were even expelled from the Saint-Martial institution. The offence to public decency is mentioned. Lesbianism was considered a deviance in the 1950s.

For a long time Régine Deforges kept a bitter feeling towards the inhabitants of Montmorillon. His family was rejected by all. The author of The Blue Bicycle continued to write in her hometown. Better yet, she co-created the Salon du livre in 1990. As for Mélie, Manon in real life, she was not worried. It should be noted that she came from a family of the good bourgeoisie of the commune. A few years later, in 2014, Leonardo Marcos published The Girls of the Stolen Notebook, having both women testify. This work then cured a little the grief of the novelist. 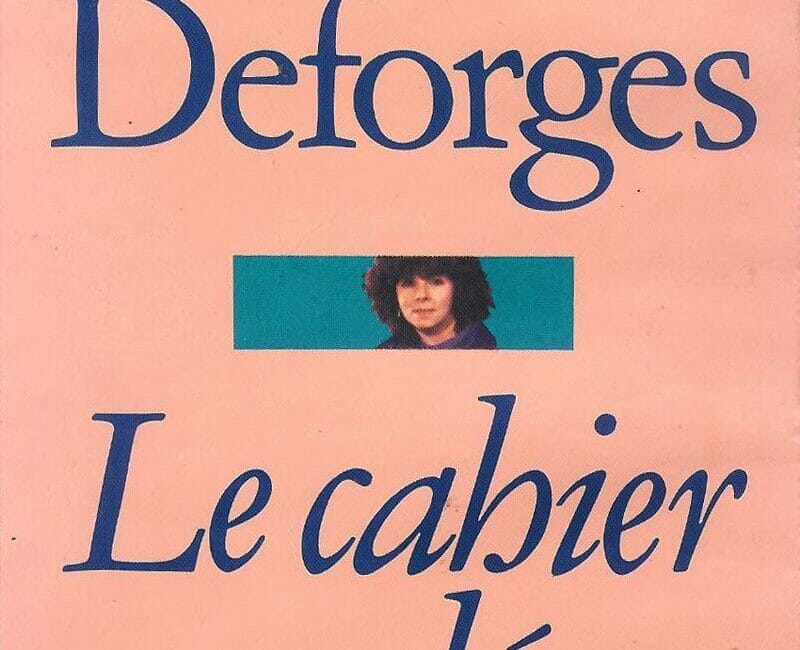 The Saint-Martial institution is a private Catholic establishment located in Montmorillon in the Vienne (86).

In 1853, an asylum (nursery school) was created by the three sisters of the Congregation of Saint Charles in the town of Montmorillon.

In view of the unexpected success and the growing number of pupils, the De Moussac family gave the nuns the rooms in the Hôtel de Moussac, rue d’Ypres.

After the law of separation of the Churches and the State, the establishment closed for two years. At the height of its popularity, it welcomed 350 pupils in 1942.

Today, classes are held from kindergarten to secondary school.

Discover all the places Le cahier volé on our map