Saga Jurassic Park
Movie Jurassic Park Dominion Colin Trevorrow (2022)
Pursued by the henchmen of the company responsible for kidnapping Maisie (Isabella Sermon) and Blue's baby, Claire Dearing (Bryce Dallas Howard) runs across the rooftops of Malta. She manages to outrun her attackers by dashing to the dome of Saint Lawrence Church.

Much of the action in Jurassic World Dominiontakes place in Malta, allegedly on the streets of Valletta, the capital. However, the city in which the heroes evolve when they flee, after having found Maisie (Isabella Sermon), consists of a collage of different places located in Valletta, but also in Floriana and Birgu. This is where director Colin Trevorrow shot one of the most spectacular shots of the sequence, when Bryce Dallas Howard leaps into the void, right in front of the dome of the Saint Lawrence Church.

Colin Trevorrow’s stratagem consists in revealing, for the duration of a sequence, a sort of best-of of Malta, even if it means taking great liberties with the geography. The authorities were not bothered at all by this, and were delighted to welcome the crew of a big Hollywood production. The studio Universal having of course also been seduced by the very advantageous financial conditions offered by the country.

Bryce Dallas Howard was very impressed to shoot alongside the stars of Jurassic Park. She declared her love for Steven Spielberg’s film in an interview for the website Criticologos: “I saw Jurassic Park for the first time at the age of 12, when it was released (…). I remember that my parents were invited to the premiere but I didn’t have the authorization. So I defied the ban and went. I was very moved because my father had said that Jurassic Park would revolutionize the cinema. When I saw it in turn, I realized that he was absolutely right. That from now on, everything was possible, thanks to the new technologies. This emotion has never left me.“

The release of Jurassic World Dominion was preceded by the release of the short film Battle at Big Rock, also directed by Colin Trevorrow. 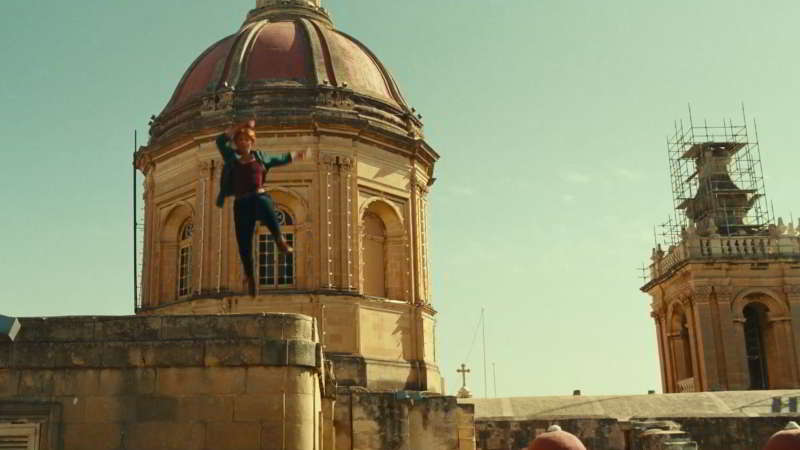 This Catholic church is one of the main landmarks in the town of Birgu in Malta.

Known for housing the Hospitallers of the Order of Saint John of Jerusalem before the construction of Valletta Cathedral, this Baroque-style church was built on May 11, 1681 but was fully completed on August 10, 1697. Made in mostly with limestone stones, it ... Learn more about St. Lawrence's Church

From Jurassic park, Velociraptor, as a stylized pop vinyl from Funko! figure stands 3 3/4 inches and comes in a window display box. Check out the other Jurassic park figures from Funko! collect them all!