Saga Spider-Man
Movie Spider-Man Sam Raimi (2002)
From one of the pillars of the Queensboro Bridge, the Green Goblin (Willem Dafoe) wants to force Spider-Man (Tobey Maguire) to choose between saving the lives of passengers on the Roosevelt Island Tramway or Mary-Jane Watson (Kirsten Dunst). But the Spider-Man is smart.

The Green Goblin is not fooled. He knows that between Spider-Man, aka Peter Parker, and Mary-Jane Watson, there is a strong bond. But he also knows that Spider-Man has the unfortunate habit of saving all people in danger.

So he decides to offer her a sadistic choice. A cabin full of people including many children, or the woman of his life. From the top of the Queensboro Bridge, the supervillain gives him a few seconds to decide. He then lets Mary-Jane and the cabin go at the same time. 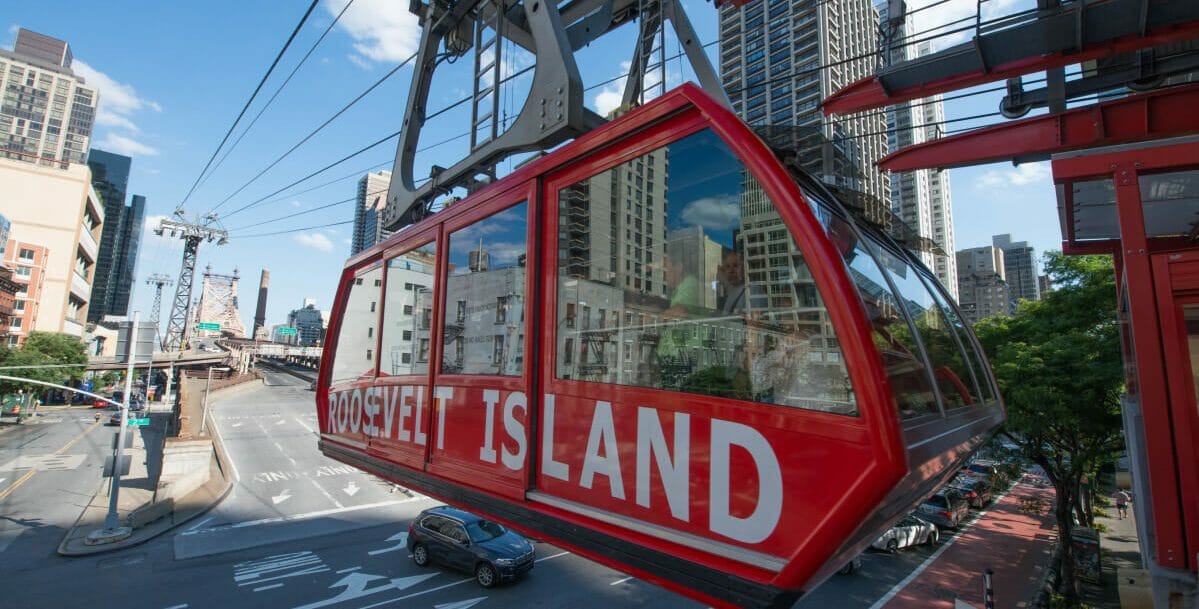 In a flash, the superhero manages to catch up with the young woman and the cabin thanks to his acrobatic prowess and exceptional strength.

Struggling despite this heroic gesture, however, he can count on the support of New Yorkers, who, taking their courage with both hands, tries to help Spider-Man at best by diverting the attention of the Green Goblin.

Later, the passengers of the Roosevelt Island Tramway and Mary-Jane will be safe thanks to a tug that receives the cabin deposited smoothly by the hero. Anecdotally, the captain of the boat is none other than Robert Kerman, American actor known for his X films but also for his participation in Hunter, Cannibal Holocaust or Cannibal Ferox.

This scene is reminiscent of a very important event in the life of the Spider-Man, the death of Gwen Stacy.

In the comics, the Green Goblin, again, takes Gwen Stacy on the George Washington Bridge, whose drawing is actually that of the Brooklyn Bridge, and drops the young woman Peter Parker is in love with. She will have much less luck than Mary-Jane in the film since she dies under the impact, the superhero having not had time to catch up with her …

Take a step up and enjoy a breathtaking view for the price of a subway ride on the beautiful Roosevelt Island Tramway.

Since 1976, this cable car has been connecting Manhattan to Roosevelt Island along the Queensboro Bridge, offering a close-up view of this metal building, the East River and the surrounding buildings. 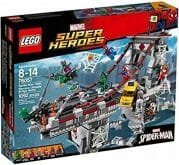 Build a battle scene between the Web Warriors led by Spider-Man, against the terrible Super-Villains, with this LEGO set for younger (and even older) kids.