After making two albums with his compadre Gringe in the group Casseur Flowter, Orelsan has returned to his roots and decided to write a new solo album.

In order to announce the release of his album for October 20, 2017, a track from the studio recording had to be chosen to launch the album. The title Paradis was the one chosen by his entourage, but Orelsan and Skread, faithful composer, producer and friend of Aurélien (Orelsan’s first name), insisted that it be Basique, having the feeling that it would be a success. And so it was.

Released on September 20, 2017, this track was the first single from Orelsan’s new Album: La fête est finie. In the latter, he strings together sentences so simple and basic that it becomes absurd. At first glance, the song may seem very silly and unoriginal, but the performer was able to mix self-deprecation with several strong messages.

In order to make the video, the rapper called on directors Greg and Lio. The team wanted to make a long sequence shot where Aurelien walks straight ahead, listing all his simple and basic sentences. There are very few places in the world where you can make such a clip, you need to have a long accessible track. The Podilskyi Bridge in Kiev, Ukraine, met the criteria. At the time, the bridge was still under construction, so it did not block traffic. With its crane, concrete blocks and graffiti, the place looks like a disused industrial area.

The result is a 2:43 minute video clip that broke all records with more than 3 million views on Youtube in a few hours.

More than 350 people participate in the clip, requiring a real coordination for the realization of the sequence shot. A real artistic and marketing feat with the finale announcing the release date of the album. 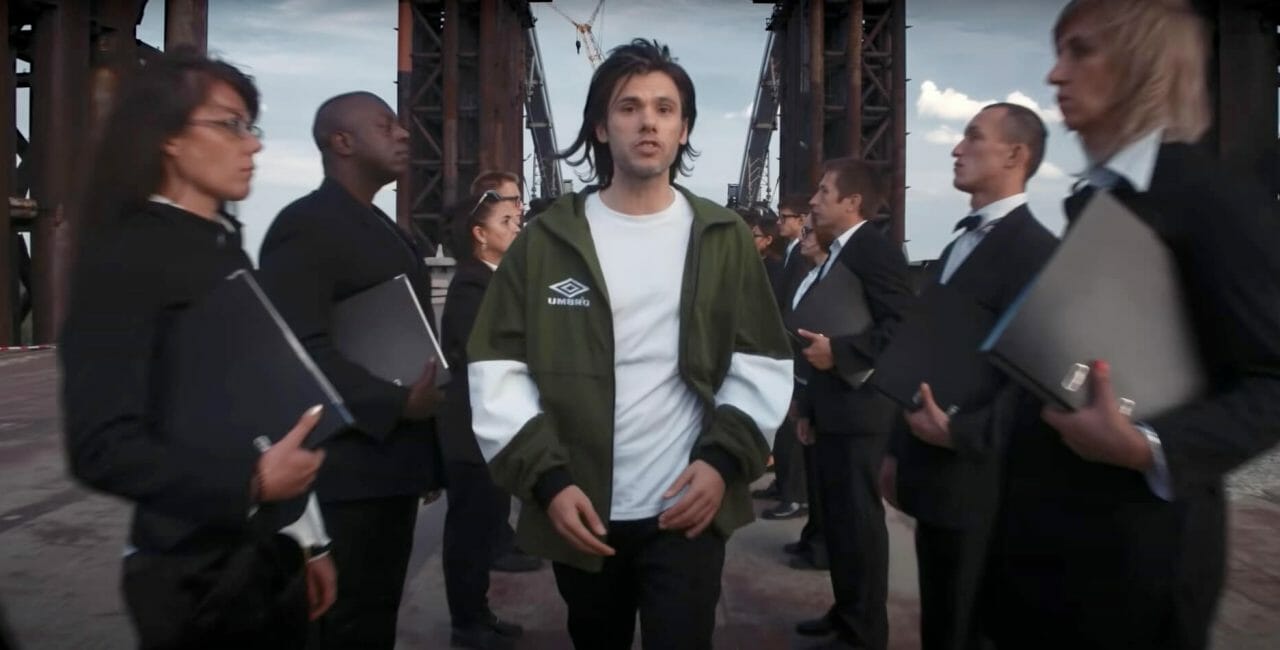 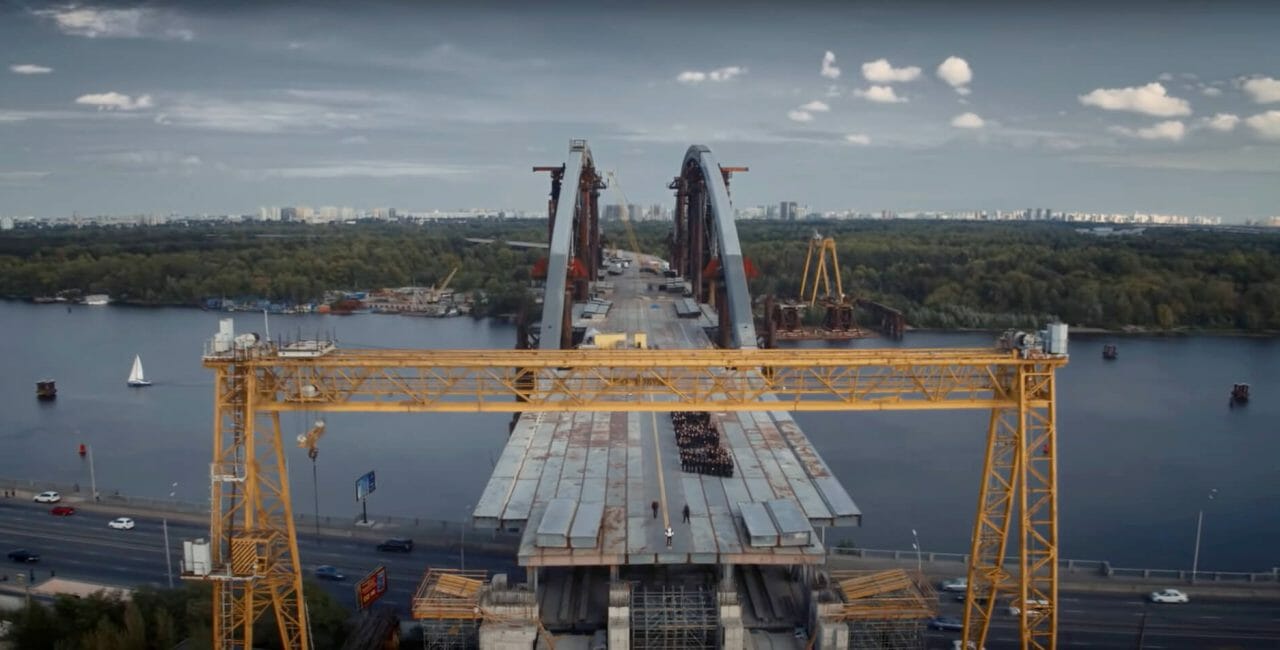 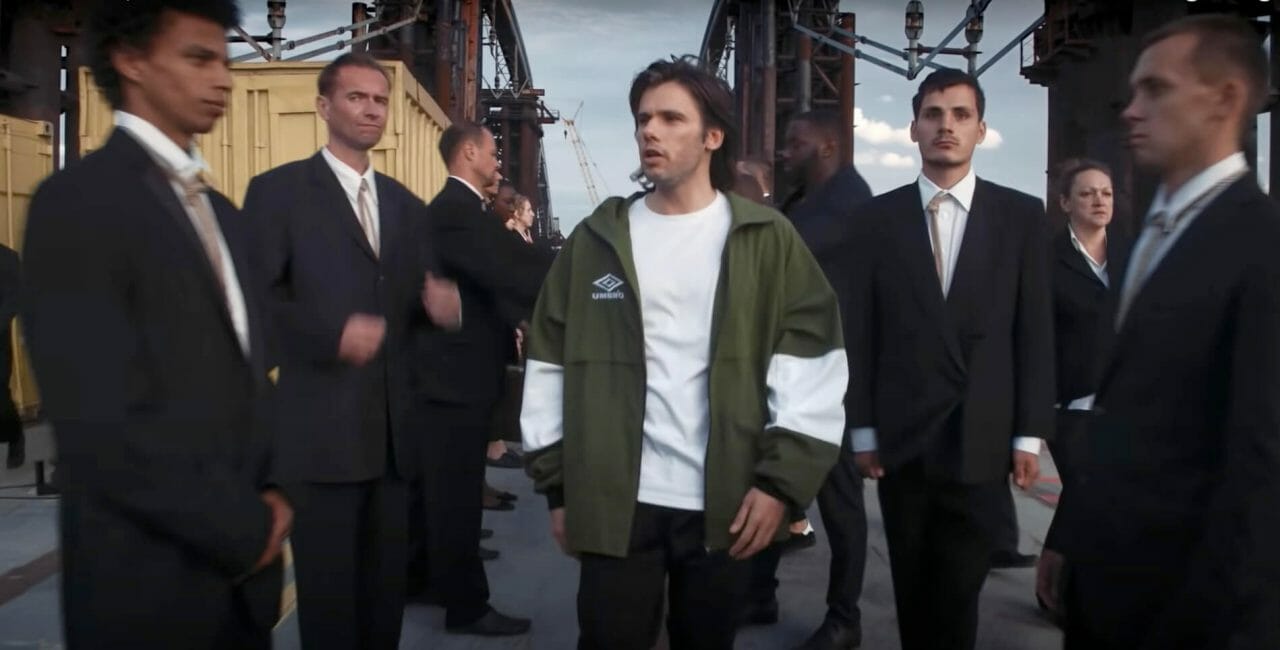 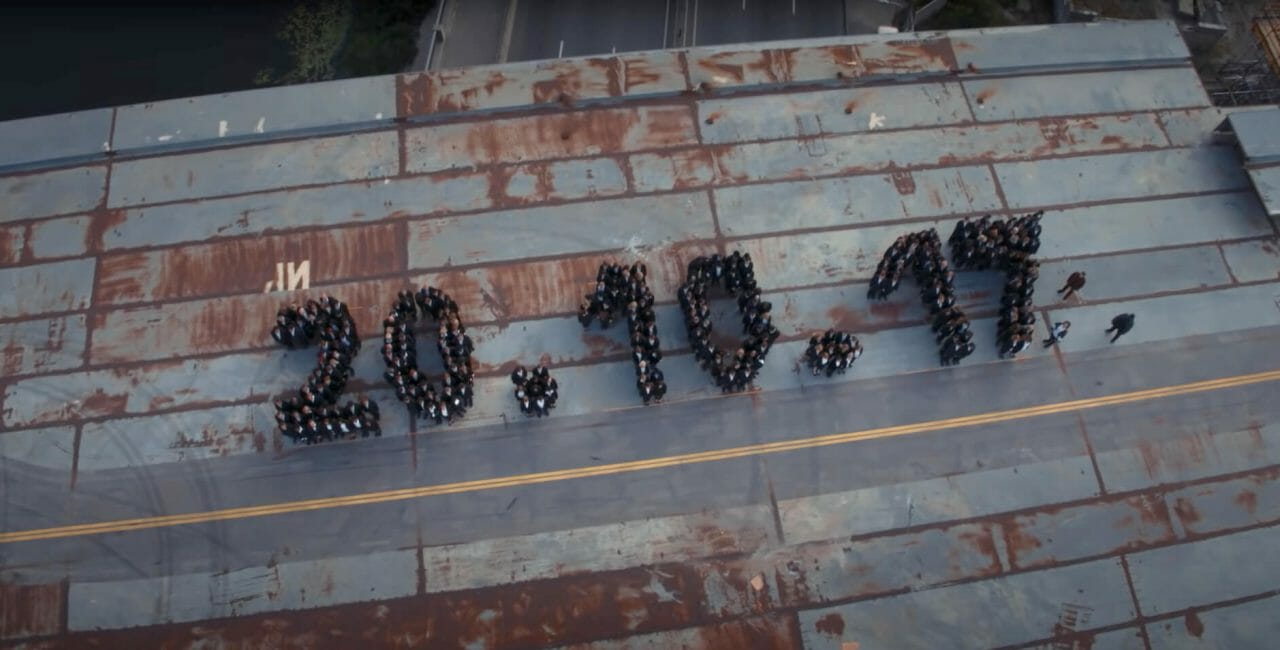 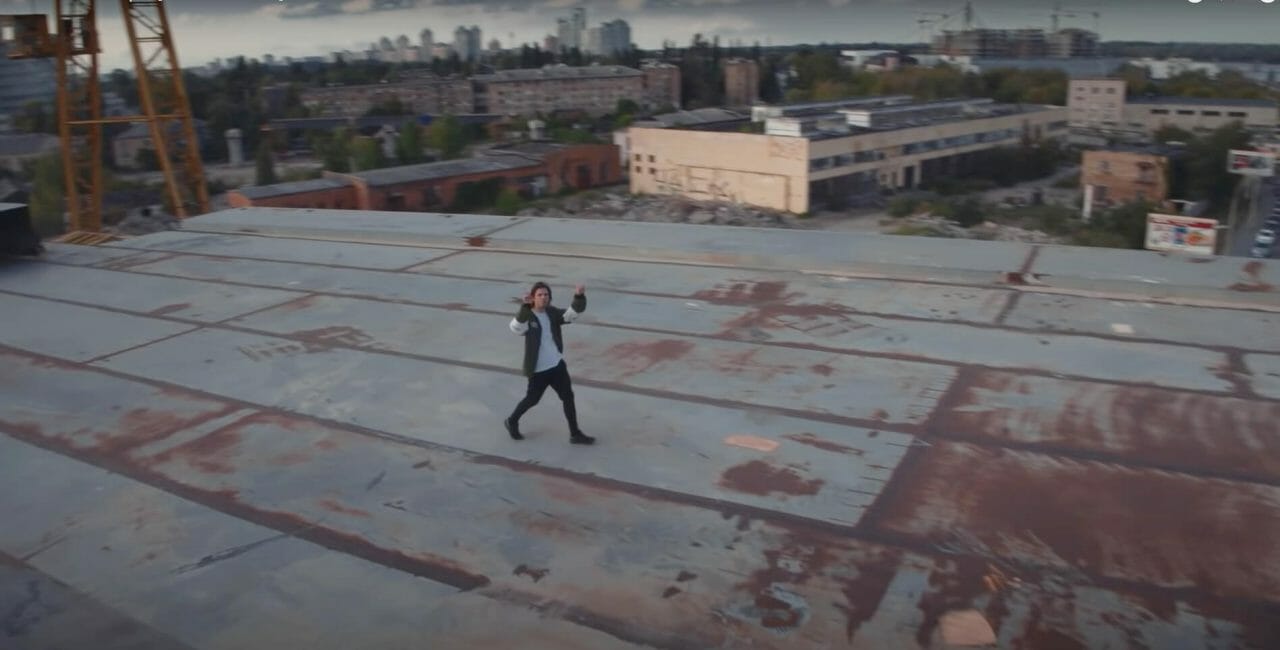 The Podilsky Bridge is a bridge crossing the Dnieper River in Kyiv , in Ukraine.

Project carried by the city of Kyiv, the Podilsky bridge is a combined pedestrian and road bridge. It is 7 km long and has 2 levels.
During its construction in 2011, a serious accident occurred, destroying the construction crane and polluting the river water. Due to a lack of funding, the construction of the bridge was restarted in 2017. The authorities planned to finish its construction by 2021, more than 10 years after the beginning of the project. 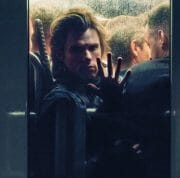 Discover all the places Basique on our map