Movie Reservoir Dogs Quentin Tarantino (1992)
Reservoir Dogs has launched the career of Quentin Tarantino, one of the most important and influential filmmakers of his generation. A story of gangsters struggling with each other after a robbery gone wrong, set against the backdrop of the great sounds of the 1970s.

Deeply attached to Los Angeles, Quentin Tarantino insists on shooting his entire film there. On the first day, he brings together Michael Madsen, Harvey Keitel, Steve Buscemi, Tim Roth, Chris Penn, Edward Bunker and Lawrence Tierney at a table in the Pat & Lorraines Coffee Shop, a family restaurant whose typical atmosphere also contrasts with the brutality inherent in the characters.

Inexperienced, the director swings his camera around the actors as they debate the hidden meaning of Madonna’s Like a Virgin, before debating the wisdom of tips.

Want to know more about this location and its connection to Reservoir Dogs? Find the whole story and 99 others in the book Cult! cinema!

For all his films, Quentin Tarantino has always liked to use real locations, thus having as little recourse as possible to entirely manufactured sets. The introduction of Reservoir Dogs did not require the rental of a studio and took place within the walls of this small family restaurant, which has remained unchanged. A place where since the release of the film, many fans go to enjoy a hearty breakfast of pancakes and fried potatoes with fried bacon.

The owners have put up a poster of Reservoir Dogs in the place where the actors once sat. And when it’s time to pay the bill, it’s the same question that fans of the film ask themselves over and over again: should you leave a tip? 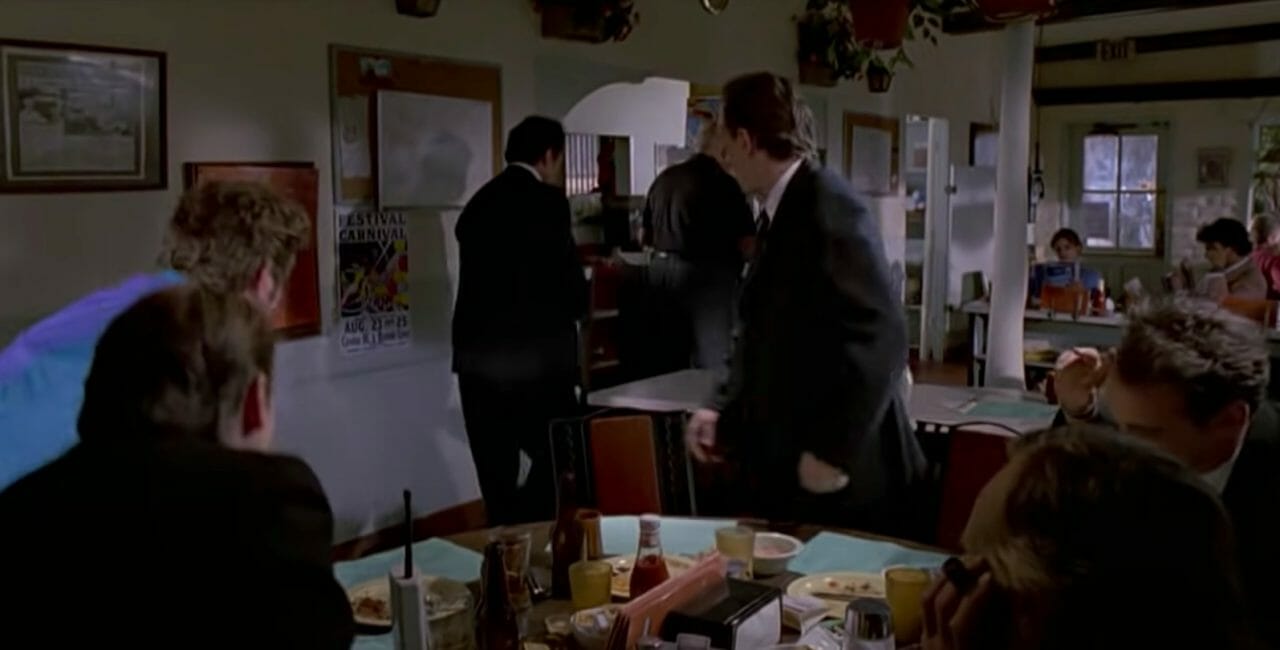 Having resisted the massive implantation of fast foods and more modern signs, this restaurant proposes typically American specialities, prepared with passion by a chef who seems to have come straight out of a movie. With its authentic atmosphere, Pat & Lorraine Coffee Shop has been delighting North Los Angeles residents for many years. Open all day, it remains popular for its famous homemade breakfast.

If you’re part of the generation that wanted to become an archaeologist after seeing the movie’s majestic dinosaurs in action, this dotted notebook is for you! With a cover that mimics dinosaur skin and a pen that projects the movie logo, you’ll love it.

Discover all the places Reservoir Dogs on our map