TV show Gossip Girl (2007)
The Palace Hotel is where the Van Der Woodsens live while they carry out some work in their loft.

Serena Van Der Woodsen is back in town and it’s causing quite a stir. In the first episodes of the series, she stays with her family at the Palace Hotel, a luxurious establishment owned by Bart Bass (Robert John Burke).

Within these walls, Serena meets Nate or invites Dan to go out, Lily (Kelly Rutherford) has a heated discussion with Bart, Chuck (Ed Westwick) and Dan almost come to blows…

For several episodes, this hotel became the epicenter of many adventures experienced by Manhattan’s golden youth.

January 26th is now Gossip Girl Day. It was the former mayor of New York, Michael Bloomberg, who proclaimed it during a tour of the filming in 2012.

It is accessed by the immense Villard Mansion, a magnificent mansion with an interior courtyard, built between 1882 and 1884 by Henry Villard, the boss of the Northern Pacific Railway.

When the decision to transform the place ... Learn more about Lotte New York Palace

Discover all the places Gossip Girl on our map 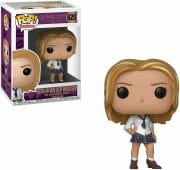 Discover the beautiful effigy of Queen Serena, aka S, in the colors of Gossip Girl, the event series.