Comics La veuve de Confolens (1996)
It is surely one of the oldest medieval bridges in France. Located in Confolens, it is the setting for the second installment of the Secret Files of Master Berger.

Master Berger is immersed in a case with former dignitaries of the Nazi regime in The Widow of Confolens. The ex-lawyer goes on site to investigate.

One of the plates of this second volume of the Secret Files of Master Berger puts in scene a motorcyclist on the Old Bridge of the city of Charente. The scriptwriter, François Rivière, a native of Saintes, does not hesitate to use settings that he knows for this story. Thus, this building is probably one of the oldest medieval bridges in France. Its construction was spread over twenty years, between 1030 and 1050.

The series of François Rivière and Patrick Dumas has not really sold well despite its seven volumes. A pre-publication of the stories was proposed in the monthly Circus. 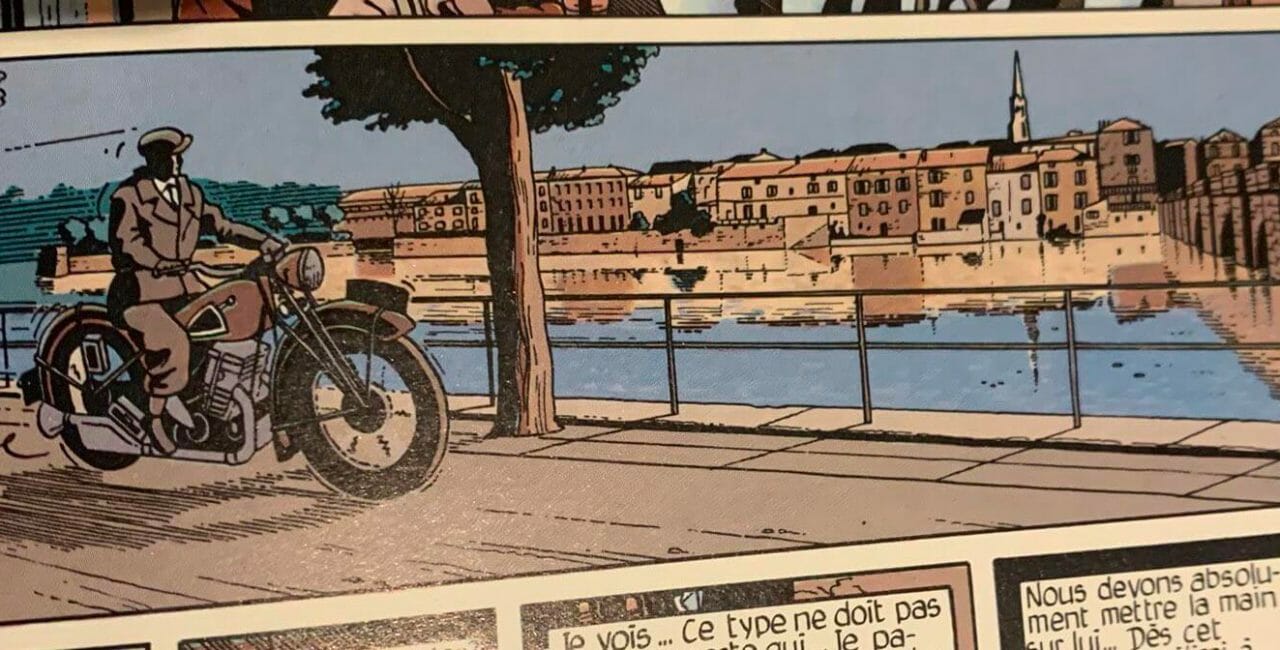 The Pont-Vieux in Confolens is probably the oldest medieval bridge in France. It was built between 1030 and 1050 on the foundations of an ancient Roman building, which was probably destroyed during the Norman invasions.

It has been refurbished and consolidated over the centuries.

Discover all the places La veuve de Confolens on our map