Saga Hercule Poirot
Novel La Mystérieuse Affaire de Styles (1920)
While Emily Inglethorp was poisoned, the trial of one of the suspects is taking place at the Old Bailey. An investigation led by Hercule Poirot, whose first appearance in this film.

During the First World War, in Styles Court in Essex, the very rich widow Emily Cavendish decides to start a new life with Alfred Inglethorp, a man much younger than her.

During the night of July 16 to 17, screams came from the owner’s room. But it is locked from the inside and it is only possible to open the door by breaking it down. It is done and the residents discover Emily in a super-acute crisis. She convulsed and died a few minutes later.

Hercule Poirot and The Old Bailey in majesty

Arthur Hasting, captain of the beautiful house, suggests to John Cavendish, Emily’s son-in-law, to call upon Hercule Poirot, a former Belgian policeman in residence in the small village. The investigation begins and the suspects are more and more numerous. Nevertheless, the detective quickly exonerates the ex-husband Alfred and puts his doubts on Cavendish.

The trial of the son-in-law then takes place at the Old Bailey, the central court dealing with London’s major criminal cases. It is reported that Emily was poisoned with bromide. The main suspect nevertheless pleads not guilty.

The Mysterious Affair at Styles is the very first book in which Hercule Poirot appears. Influenced by Arthur Conan Doyle’s Sherlock Holmes, Maurice Leblanc’s Arsène Lupin or Gaston Leroux’s Rouletabille, Agatha Christie imagines a character as intelligent and a sleuth as his predecessors. For the murder weapons, bromide and strychnine, the novelist called upon her memories as a nurse. She enlisted to help the wounded in the First World War in her small village of Torquay. She later became an assistant chemist in a military hospital pharmacy. She learns to distinguish the effects of poisons and other drugs on human bodies. The components are useful when she writes her detective stories.

Between 1920 and 1975, Hercule Poirot was the main character in 33 novels and short stories written by Agatha Christie. The stories of the Belgian policeman have been adapted many times into TV movies or feature films with Peter Ustinov, David Suchet, Kenneth Branagh or Gérard Depardieu.

The manuscript of The Mysterious Affaire at Styles was rejected by 6 publishers before Bodley Head accepted it in 1920. 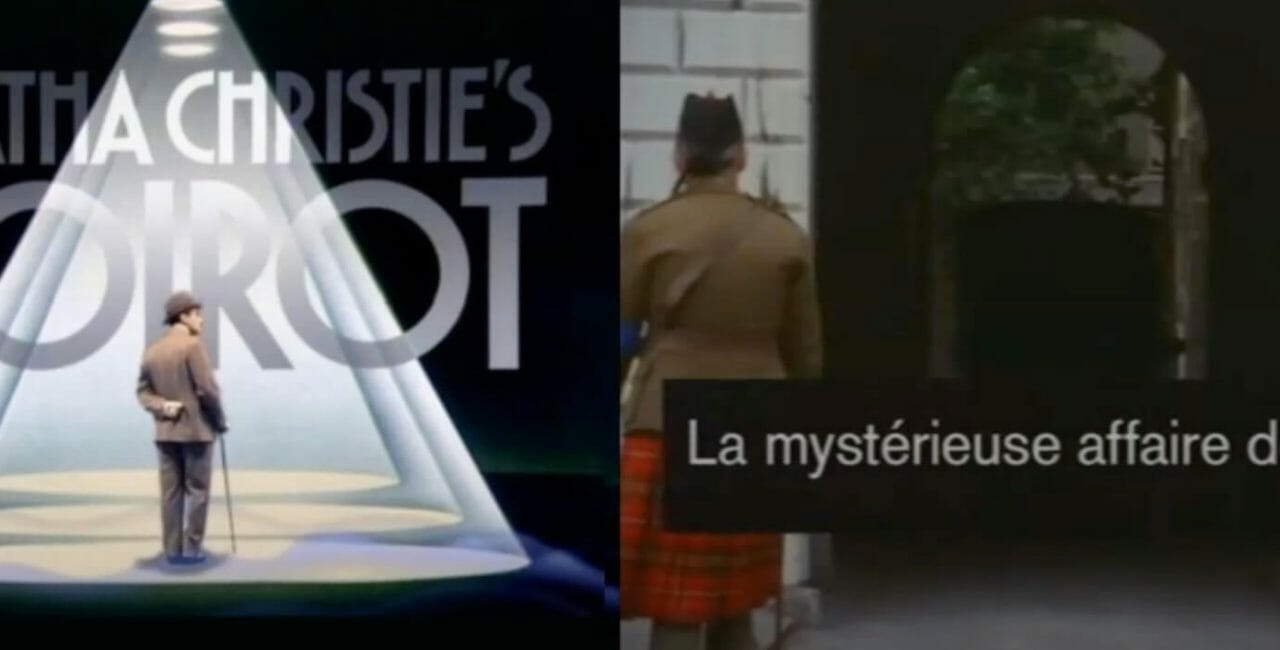 The Old Bailey is the central court of the British Crown for crimes committed in Greater London.

Opened in 1907, the Old Bailey was built to the designs of architect Edward William Mountford.

Listed in 1970, the court houses many rooms. To address the judges, regardless of rank, one uses the words “my Lord” or “my Lady”. The Mayor of the city and his councillors may sit in court but have no active power.

The Old Bailey is an important place in pop culture, appearing in the comic strip V for Vendetta, George Orwell’s 1984, The Threepenny Opera, the film Justice League and the song Botany Bay in the musical Little Jack Sheppard.

Discover all the places Hercule Poirot on our map