Go up to the top floor to admire the beautiful Rose Reading Room. This is where Peter Venkman (Bill Murray) and Raymond Stantz (Dan Aykroyd) join Egon Spengler (Harold Ramis).

Don’t try to reproduce the noisy entry into the film! If access to this vast room is free, silence is de rigueur. 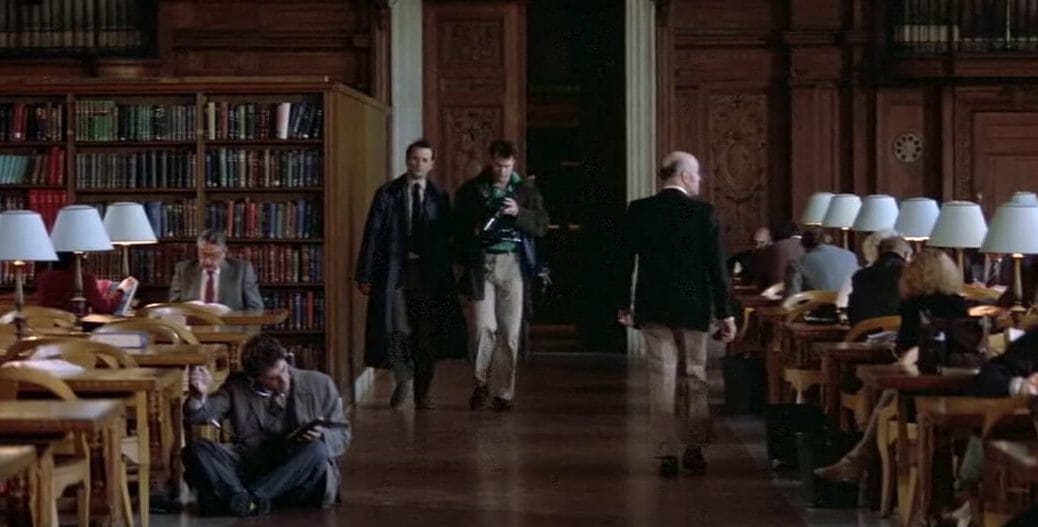 Peter Venkman,still skeptical, questions librarian Alice (Alice Drummond) as if she were a patient with some form of mental dementia.

They then go down to the basement to observe the “manifestation”. They are not going to be disappointed by this famous meeting…

The very first version of the library ghost was deemed too scary for Ghostbusters. On the other hand, it was used for the movie Fright Night released in 1985. 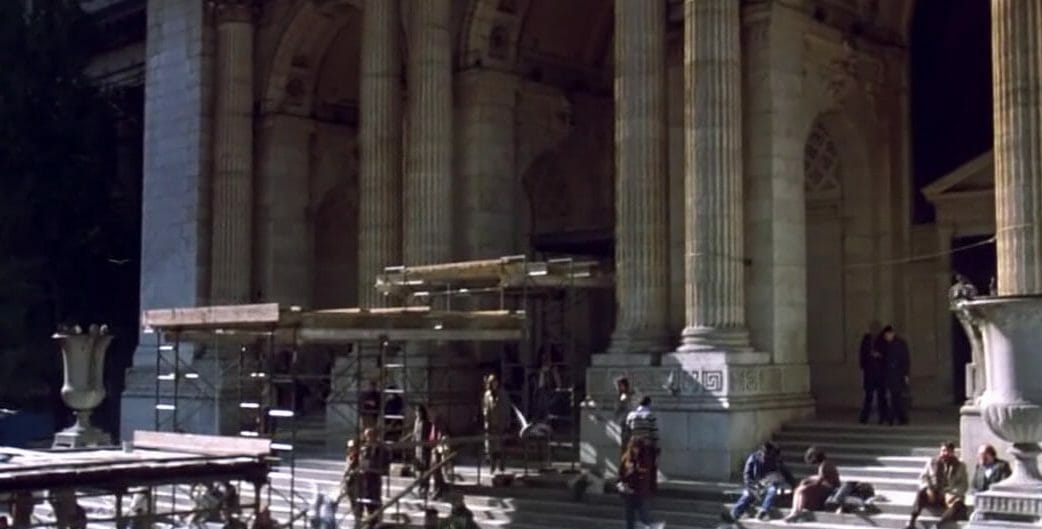 “Patience” and “Fortitude”. This is how Fiorello LaGuardia nicknamed in the 1930s the two enormous lion sculptures framing the entrance to the main building of the New York Public Library. A way for the mayor of the city (1934-1945) to pay tribute to the resistance of the inhabitants during the Great Depression. Patience and courage are also embodied in this temple of knowledge in numerous works. A refuge value. A rock. A certainty. A hope.

With more than 65 million items throughout its network, the New York Public Library is the second largest library in the United States after the Library of Congress.

It was created in the late 19th century through a $2.4 million bequest by Samuel J. Tilden and a $5.2 million gift from Andrew Carnegie. While the New York Public Library is spread over 89 locations, it is primarily embodied by its main building on 5th avenue.

Inaugurated in 1911 after 14 years of construction, this imposing Beaux-Arts-style building is a must-see. The highlight of the visit is the Rose Reading Room, the huge reading room on the top floor.

The building has been renamed The Stephen A. Schwarzman Building in honour of the billionaire philanthropist who donated $100 million in 2008 to fund the building’s expansion using part of the galleries under Bryant Park.

Ghostbusters: The Ultimate Visual History a book to learn all about the cult saga, key element of pop culture.

Filming anecdotes, testimonials of Ivan Reitman and actors, dive into the heart of the creation of the film with preparatory drawings, stage photographs and many other little treasures.

Entire chapters are also dedicated to derivatives, with a few small bonuses like Peter Venkman’s business card, a booklet containing the storyboard of Slimer’s cult scene at the Sedgewick Hotel, rare designs of gadgets and accessories, a Sticker from the Stay Puft Marshmallow Man, a miniature Gozer Temple construction scheme and many more!

So, Who you gonna call?