Music Away Angora
It was during the first confinement, in 2020, that the members of the group Angora met before going to the top of the Moncontour dungeon to offer their composition Away a most lyrical setting. The result is a magnificent clip that perfectly highlights the cultural and historical heritage of the Poitiers region.

It was at a time when France was under lock and key following the outbreak of the Covid-19 virus that Caroline Martin, Victor Dubin and Joris Pays decided to form the group Angora. Friends since high school, the three musicians lock themselves in a cellar and compose songs that will end up on a first album. When the confinement ends, with the arrival of the good weather, Angora manages to get permission to shoot at the top of the Moncontour dungeon. Mélanie Dupuis-Roy and Manon Barbier, the driving forces behind NaMM Visual in Loudun, intend to combine Angora’s music with their love of old stones, especially those of the magnificent keep.

Director Mélanie Dupuis-Roy decides to film a performance by the combo at the end of the day, to coincide with the last notes of the song as the sun sets. Equipped with a drone, she delivers formidable images and captures the beauty of a panorama in adequacy with the music and the lyricism incarnated by the three musicians. Ambitious and full of energy, the video for Away makes a strong impression and offers Angora a nice calling card when it comes to getting dates. Immediately considered as one of the driving forces of the Poitiers’ pop scene, Angora has perfectly succeeded in marrying music and heritage in a harmonious and galvanizing whole.

Away appears on the first album of the band Angora. 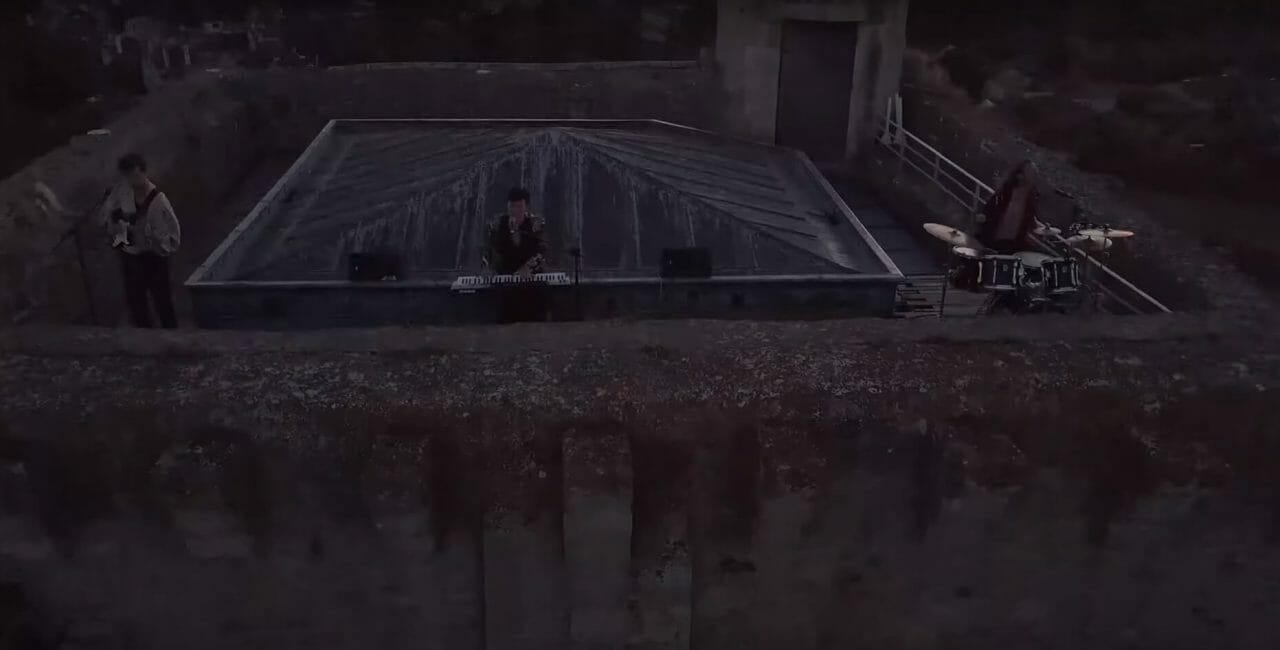 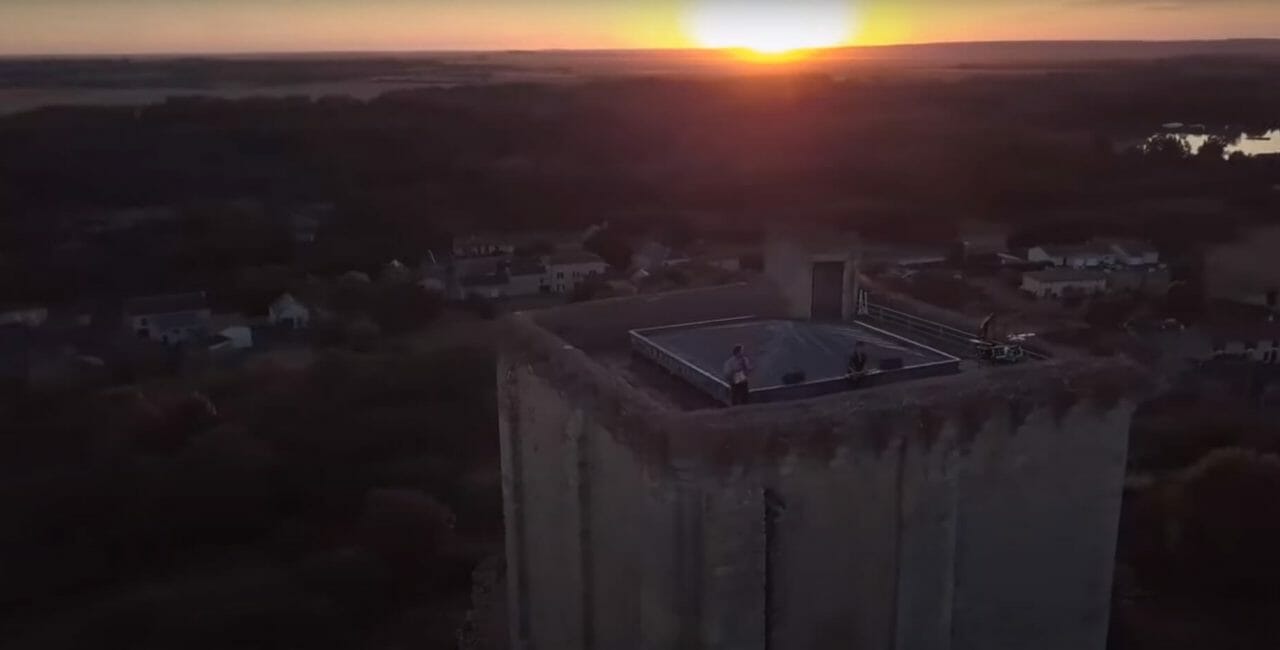 Ancient fortress built around the year 1040 by Foulques Nerra, the Donjon de Moncontour imposes its grandeur to its visitors and watches over the region for several centuries.

The Donjon de Moncontour tells a story as tumultuous as it is fascinating. Marked by the conflicts and the different sieges in the center of which it played a predominant role, this fortress is also known to have seen Bertrand du Guesclin and Geoffroy Martel write some of the most important pages of the history of France. And if a large part of it is still in ruins, the keep has been the object of a renovation campaign. The roof in particular has been redone. Offering a breathtaking view of the surroundings, this Poitou monument is one of the most remarkable in the region.

Discover all the places Away on our map