Saga Halloween
Movie Halloween John Carpenter (1978)
Halloween defined the codes of the slasher and remains to this day one of the most terrifying boogeyman films ever made. The story of a being inhabited by evil, dressed in of an inexpressive white mask, unleashed in a city that he petrifies with horror to the rhythm of his bloody crimes.

With a low budget, John Carpenter begins shooting his film in the vicinity of Los Angeles, particularly in Pasadena. When it comes to creating the mask that will cover the face of Michael Myers, the boogeyman at the center of the story, the filmmaker asks his friend Tommy Lee Wallace for help. He then goes to a costume shop on Hollywood Boulevard and buys a mask of Captain Kirk from the Star Trek series.

He enlarges the eye holes and paints the whole thing white. The result is striking. In order to save money, the actors wear their own clothes. The house where the story begins, the house of the massacre of the Myers family by Michael, then 6 years old, is found in Pasadena. Abandoned, it belongs to a church and is perfectly suited to translate the anguish that John Carpenter wishes to establish from the start.

The team then has no trouble renting it for a very modest sum in order to take advantage of its slightly decayed side to introduce the chilling tale of the killer in the white mask. For the director, the challenge is to transform the sun-drenched streets of Los Angeles to resemble those of a small town in Illinois. And so was born Haddonfield, one of the most famous fictional towns in American cinema. A city affected by the curse of the Myers, where the building in which the evil appears one evening in October is erected.

Halloween was born from an order. Still riding high on the success of Assault on Precinct 13, John Carpenter is visited one day by producer Irwin Yablans and financier Moustapha Akkad. The two men ask the young filmmaker to direct a horror film in which a psychopathic killer preys on babysitters. It only takes him ten days to write the script with Debra Hill, his girlfriend. While this is basically a story about a killer and sitters, the script goes further by imagining the hunt for a sort of semi-fantomatic, out-of-control character in pursuit of the last family member he didn’t kill. A chilling individual whose design is most atypical.

Directed with a lot of creativity, Halloween is a smash hit at the box office, establishing John Carpenter as one of the best horror directors of his time. Jamie Lee Curtis becomes the audience’s favorite scream queen and veteran Donald Pleasence adds another claim to fame to his filmography. On his side, Christopher Lee, to whom the role of this doctor ready to do anything to stop Michael Myers had been proposed, regrets to have declined the offer. The film quickly became a hit, and Michael Myers became the most famous psycho killer in cinema. Later, Freddy Krueger and Jason Voorhees will try to steal his title.

Donald Pleasence appeared in five films in the Halloween saga. 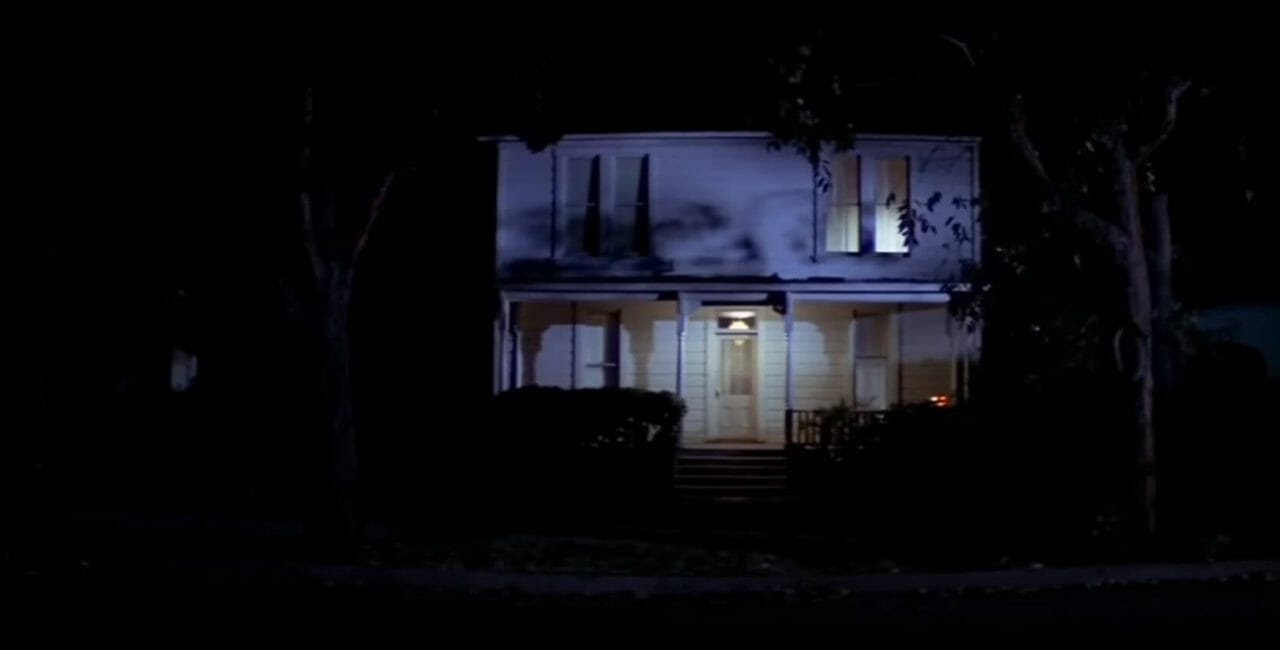 Nicknamed the Century House, the wooden house in which the terrifying opening sequence of Halloween was shot is still widely recognizable today. Even if in the meantime, it has undergone a facelift and changed its address.

Now located at 1000 Mission Street, Michael Myers’ house was previously located at 707 Meridan Avenue. Hence its somewhat strange position in relation to the street. It now houses offices and has been given a facelift since its gloomy appearance in John Carpenter’s classic film. It is important to know that the building was abandoned when the director chose to shoot there. A real movie star, always identifiable and always as popular in the film community.

Discover all the places Halloween on our map