We are in 1901 and France is horrified! She discovers in the newspapers of the time, the story of the Sequestered of Poitiers. Blanche Monnier, 52 years old, was found in her room in a terrible state of health. Thirty years later, André Gide decided to recount the life of the young woman – whom he called Mélanie Bastian – her discovery, her death and the lawsuit brought against her mother and brother.

The public prosecutor receives an anonymous letter on May 22, 1901. In this unsigned letter, he learns that a woman has been sequestered in her mother’s home for 25 years. Born in 1849, Mélanie grew up in a bourgeois royalist family in Poitiers. His father, who died at the time of the incident, was the dean of the city’s faculty of arts.

Two days later, the commissioner and two of his men went to the Bastian family apartment on rue de la Visitation, now rue Arthur Ranc. The policemen are struck with fear when he discovers the woman. The same day, at 5:00 p.m., the investigating judge Du Fresnel could only note: “As soon as the day has entered the room, we see in the back, lying on a bed, her body and head covered with a repulsively dirty blanket, a woman whom Pierre Bastian tells us is Miss Melanie Bastian, his sister… The unfortunate woman is lying naked on a rotting straw mattress. All around her a kind of crust has formed made of excrement, debris of meat, vegetables, fish and rotting bread. We also see oyster shells, beasts running on Miss Bastian’s bed. The latter is covered with vermin. We talk to her, she cries out, she clings to her bed, while trying to cover her face more. Miss Bastian’s thinness is frightening; her hair forms a thick braid that has not been combed and untangled for a long time.
The air is so unbreathable, the smell that emanates from the apartment is so foul that it is impossible for us to stay any longer to make further observations.“

André Gide, author of La symphonie pastorale and Les faux-monnayeurs, was already a recognized novelist in 1930. He seized on this news item that had a great impact in France, particularly through articles in Le Petit Journal. His writing also allows him to castigate the upper middle class and its excesses. 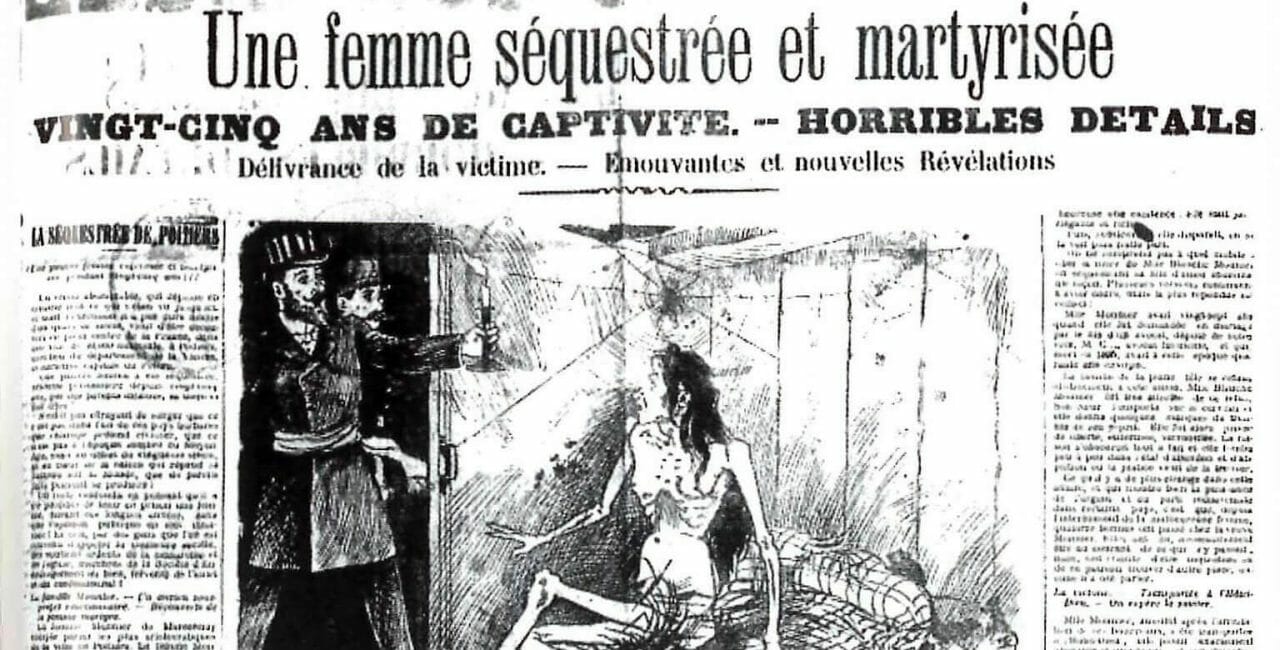 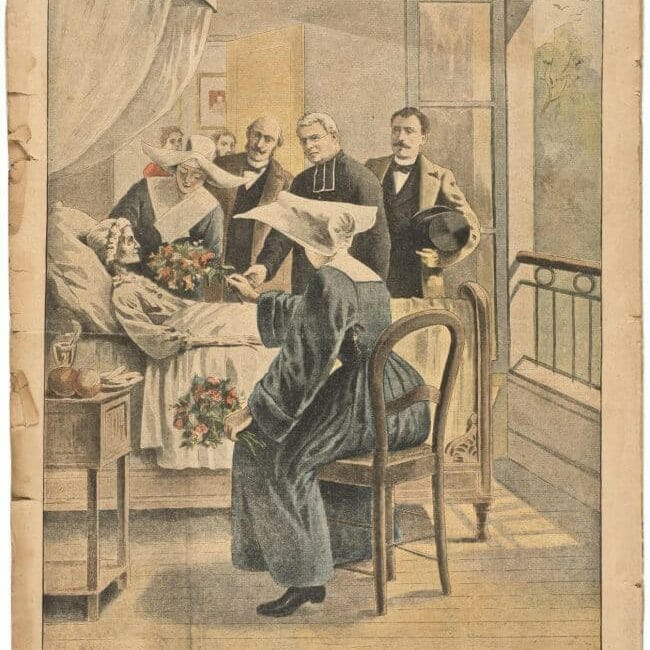 La rue Arthur Ranc is located in the town of Poitiers, in the Vienne (86)

A small artery between the Boulevard de Verdun and the Rue Henri-Pétonnet, the Rue Arthur Ranc houses the huge building of the Poitiers post office.

It owes its name to a journalist, committed against the coup d’état of Louis-Napoléon Bonaparte in 1851. Born in Poitiers, he wrote in many newspapers, notably articles calling for civil war which got him into trouble.

He was also mayor of the 9th arrondissement of Paris in 1870 and replaced Georges Clémenceau as head of the newspaper L’Aurore in 1905.

Discover all the places La séquestrée de Poitiers on our map