TV show Better Call Saul (2015)
Recognized by Jeff (Pat Healy), a former Albuquerque resident, Saul Goodman (Bob Odenkirk) decides to go ahead and maintain his cover in Nebraska. He then gets close to Marion (Carol Burnett), Jeff's mother, and sets up a most tortuous plan. Marion's house is actually located in Albuquerque.

Between past and present

Telling both the past and present of Saul Goodman (Bob Odenkirk), Better Call Saul features black and white passages. The latter are supposed to tell the story of the main character’s life after the events in Breaking Bad. It is during these black and white sequences that Saul Goodman meets Marion (Carol Burnett), an elderly woman from Nebraska, with whom he sympathizes. He is then brought to visit her often, in a small house that the producers have also found in a residential suburb of Albuquerque.

If the story of Better Call Saul takes place in several states, the showrunners Peter Gould and Vince Gilligan have indeed chosen to shoot in New Mexico, taking advantage of the largesse of a city more than ever happy to roll out the red carpet. Marion’s house appears in several episodes, including the penultimate one, at the end of which Saul Goodman is unmasked by the old lady. However, as is often the case, the interior scenes were shot in the studio, always in Albuquerque, where the production is based.

Carol Burnett, the interpreter of Marion, is a real star in the United States, where she presented for seven years, from 1967 to 1978, the Carol Burnett Show on television. She has won the Golden Globes for Best Actress in a Musical or Comedy Series five times. 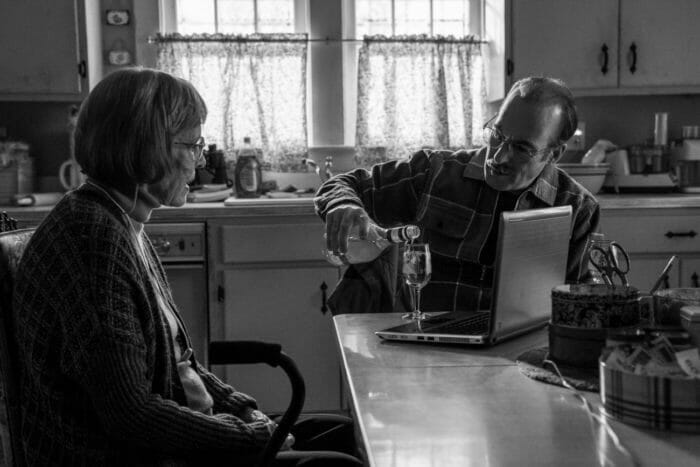 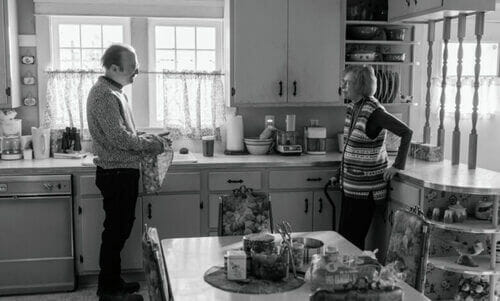 This charming house is located not far from West Park, a few meters from the ABQ BioPark Botanic Garden of Albuquerque.

This white and beige house, made of wood and brick, has two bedrooms and two bathrooms. It has an interior courtyard and a garage separated from the street by a gate. Unlike its neighbors, it has no floors. It is now known for having hosted several scenes in the Better Call Saul series.