Movie Red Notice Rawson Marshall Thurber (2021)
Reunited against all odds, John Hartley (Dwayne Johnson), Sarah Black (Gal Gadot) and Nolan Booth (Ryan Reynolds) begin their collaboration in Paris, near the Louvre Pyramid. Wanted by all the police forces in the world, they prepare to use their amazing skills for a daring heist...

The Covid-19 pandemic had a severe impact on the filming of Red Notice. When production begins on January 3, 2020, the crew is operating huge sets in Atlanta. Known for offering very advantageous conditions for film productions, the city has established itself in recent years as a major centre for artistic creation. This is where most of the interiors are shot. Nevertheless, director Rawson Marshall Thurber and his actors also make several return trips to Italy, to Rome and Sardinia, but also to France. The film ends in the French capital, near the Louvre Pyramid.

Featuring daring thieves of priceless art objects, Red Notice had to exploit the grandeur and reputation of the Louvre, the world’s largest museum. It is thus when it seems obvious that the characters will have to collaborate to achieve their ends that they go to Paris. A conclusion in the form of suspension points, inevitably announcing a sequel.

The three main actors, Gal Gadot, Dwayne Johnson and Ryan Reynolds made the trip to Paris. The sequence, during which they storm the Louvre, sees them walking through the crowd, before the credits roll. A short scene, nevertheless striking, in the form of a promise for the future. With its estimated budget of 200 million dollars, Red Notice did not deny itself anything. Certainly impacted by the Covid-19 pandemic, it was also marked by the $20 million salaries given to Dwayne Johnson and Gal Gadot. The production even offered the services of pop superstar Ed Sheeran. The singer made a notable appearance during a very funny scene where he referred to his stealth role in the Game of Thrones series.

Less than a month after its release, Red Notice has become the most viewed movie on Netflix. 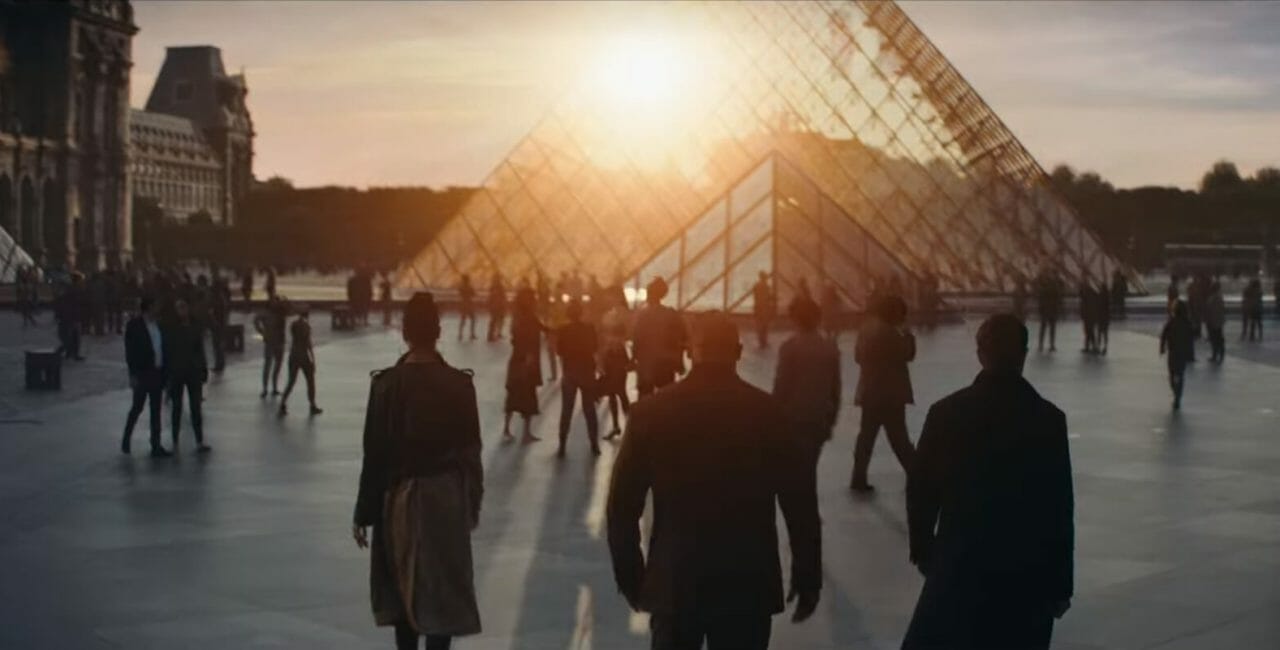 Inaugurated twice, on March 4, 1988 and March 29, 1989, the Louvre Pyramid has been much talked about. Once singled out, it is now admired the world over.

François Mitterrand commissioned the project in 1983. Designed by the Sino-American architect Ieoh Ming Pei, the pyramid consists of a steel and aluminum structure adorned with glass. ... Learn more about Louvre Pyramid

Discover all the places Red Notice on our map