Music Holding Up Jabberwocky (2015)
Jabberwocky, the group formed by three medical students from Poitiers, took over the industrial wasteland of the Ligugé spinning mill for the shooting of a video clip. A unique place, where the notes of Holding Up, sublimated by the voice of the singer Na-Kyung Lee revive the colors and exploit a site integrated into the industrial heritage of the Vienne.

The wasteland of the Ligugé spinning mill offers multiple possibilities to anyone with a vision. This is precisely the case for Jabberwocky when he puts down his instruments in one of the large rooms of this site, now covered with graffiti and long since overgrown. Perfect ornaments to offer an almost magical echo to the Holding Up composition. The combo is accompanied here by the singer Na-Kyung Lee.

If the choice of the wasteland of the Liguré spinning mill seems so relevant given the style and the inclinations of the song, it also motivated the members of Jabberwocky to orchestrate an alternative video. A very colorful video, articulated around several statues, in a very pop decor. A way of declining the notes of Holding Up, this pop-electro creation in the course of several universes and to illustrate the will of innovation and exploration of a formation in perpetual movement.

The video shot at the Ligugé spinning mill allows us to see the members of the group in action. The music is based on the studio recording but the video is almost like a live recording. It is then tempting to imagine the natural reverberation offered by these walls that once witnessed one of the most decisive episodes in the industrial history of the Vienne department.

Jabberwocky released two albums between 2013 and 2021. 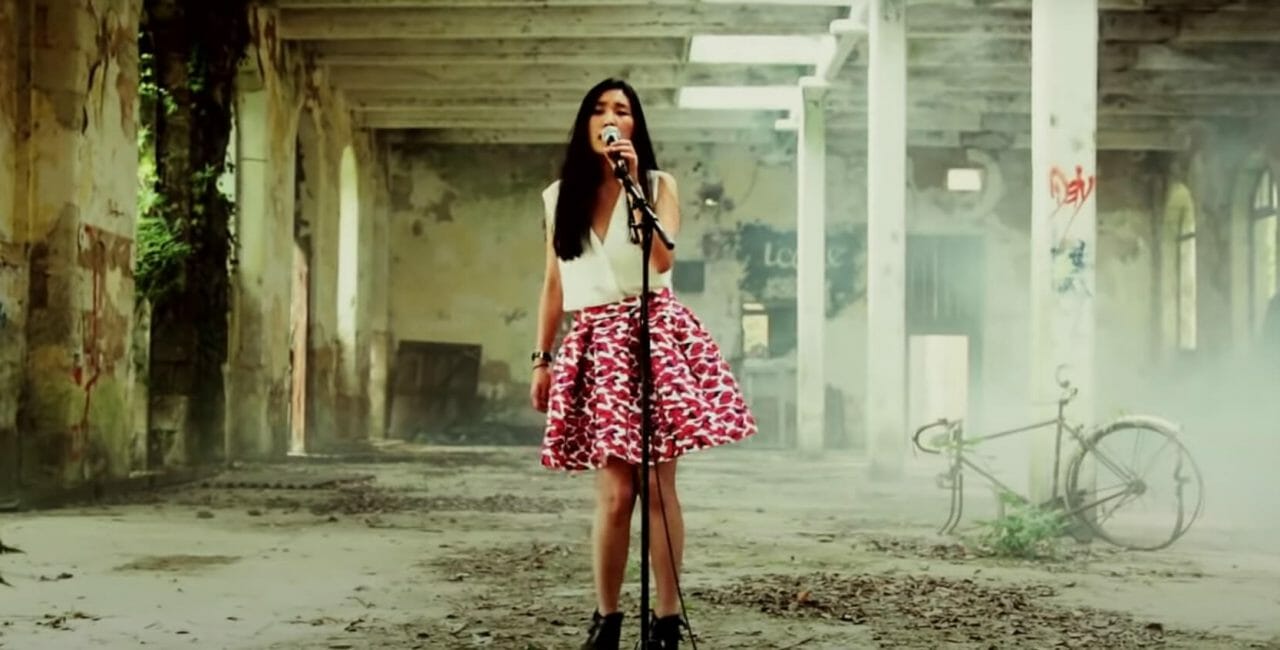 Address La Filature 86240 Ligugé, France
1 others fanspots
at this address

La Filature in Ligugé is an old textile factory created in 1856. Locally called “l’Usine”, it was for a long time the second largest company in the Vienne.

In 1856, a spinning mill specialized in hemp, linen and jute was established in Ligugé. It quickly developed into the second largest company in the Vienne region with 200 to 300 employees, behind the Châtellerault factory.

In 1950, “l’Usine” (the local name for La Filature) developed its activity by offering cardboard packaging for products (notably yoghurt pots and camembert boxes). In 1976, the site closes its doors after 120 years of activity.

In 2011, the 2 hectares are officially owned by the association AY128 which rehabilitates the former spinning mill into a creative and productive workspace. In 2017, 20 companies are installed on the Usines Nouvelles site.

Discover all the places Holding Up on our map