TV show The Crown (2016)
The birthplace of Queen Victoria, Kensington Palace holds a great place in the history of the British royal family. A place that the designers of The Crown have recreated at Brocket Hall.

It is impossible to ignore Kensington Palace when you hear about the life of Elizabeth II (Claire Foy, Olivia Colman, Imelda Staunton). However, like Buckingham Palace or Balmoral Castle, the real Kensington Palace remained closed to the filming teams of The Crown. As with the other locations, showrunner Peter Morgan rented a different, but similar, location to shoot key scenes in his series.

However, Peter Morgan, if he quickly decided to shoot many shots in front of and inside Brocket Hall, also used other places to reconstitute Kensignton Palace as faithfully as possible. Sites such as the Somerset Wellington College Residential School, for example. Thus, on screen, Brocket Hall can sometimes be difficult to recognize.

Writer of the film The Queen, Peter Morgan has established The Crown as a series based primarily on the life and work of Elizabeth II. Having benefited from a record budget of 100 million pounds, the series quickly became a success. The creator decided to split it into chapters, with the actors changing every two seasons.

Peter Morgan wrote all the scripts for the ten episodes of season 4 of The Crown. 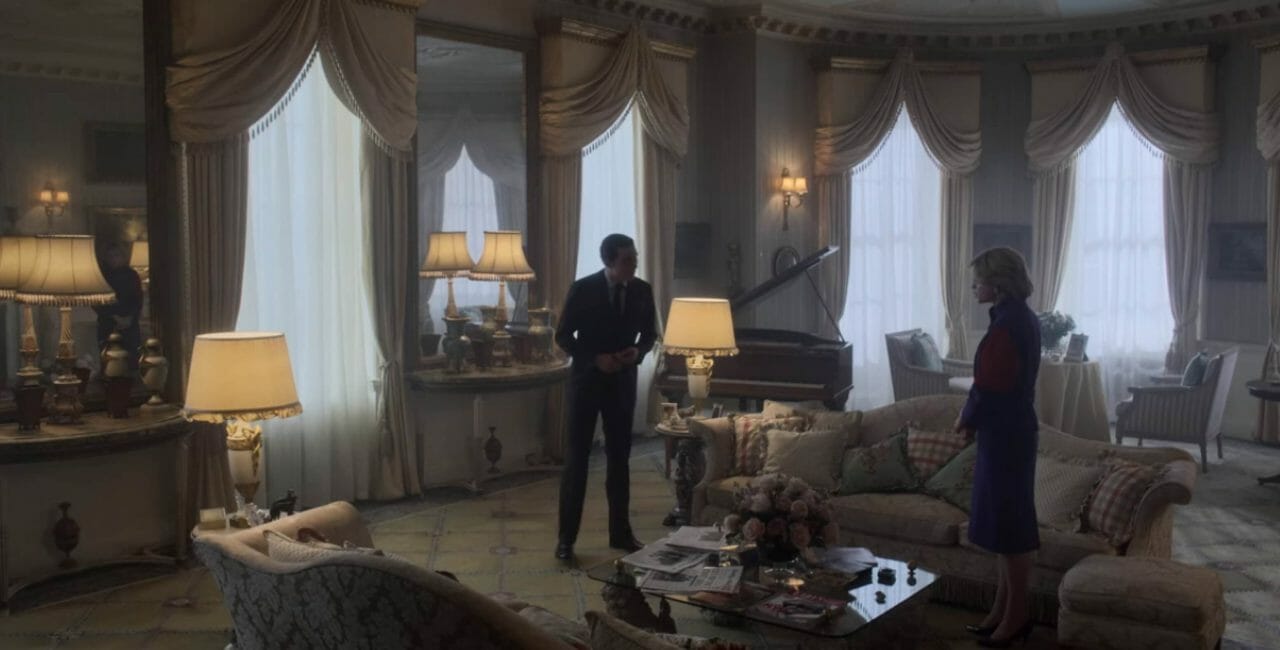 A neo-classical country house, Brocket Hall has been listed as a Grade I monument. It is also a famous film location.

Taking place in a park on which buildings were built from 1239, Brocket Hall was bought by Matthew Lamb. The latter built the current building in 1760. Subsequently, the place saw the owners pass by, including the second Viscount of Melbourne, who was Queen Victoria’s prime minister from 1835 to 1841. Brocket Hall became in the 1990s a park and a hotel. He appears in the credits of films like The Queen, Willow, Pride and Prejudice or even Johnny English Reborn.