Movie When Harry Met Sally... Rob Reiner (1989)
At Katz's Delicatessen, the senses explode! As well as choosing to taste the speciality of the place, a pastrami sandwich that has become legendary, or if we imitate Meg Ryan in When Harry met Sally..., while the latter intends to prove to Billy Crystal, that in love, simulation sometimes also has its place...

The restaurant’s fame soon made him an important player in pop culture. And if the place has featured in the credits of films like Donnie Brasco, Across the Universe, We Own the Night or Enchanted, it is When Harry met Sally… Rob Reiner that we think when we enter it.

The owners even put up a “Hope you have what she had” sign above the table where Meg Ryan and Billy Crystal sat to immortalize the famous orgasm scene. 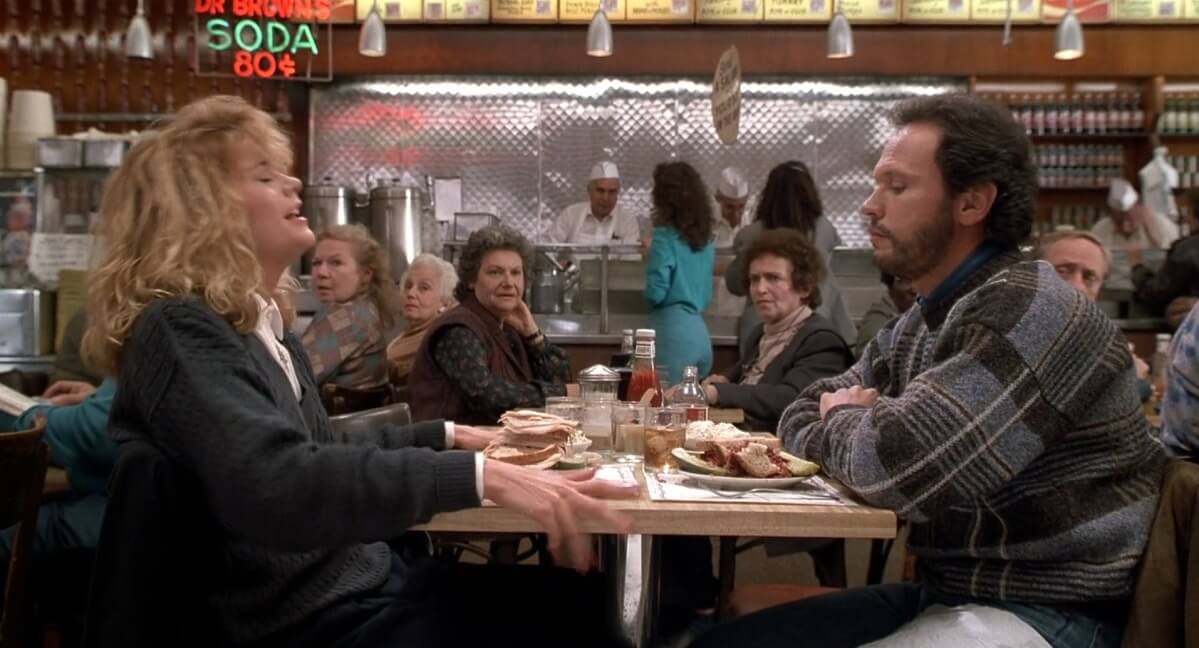 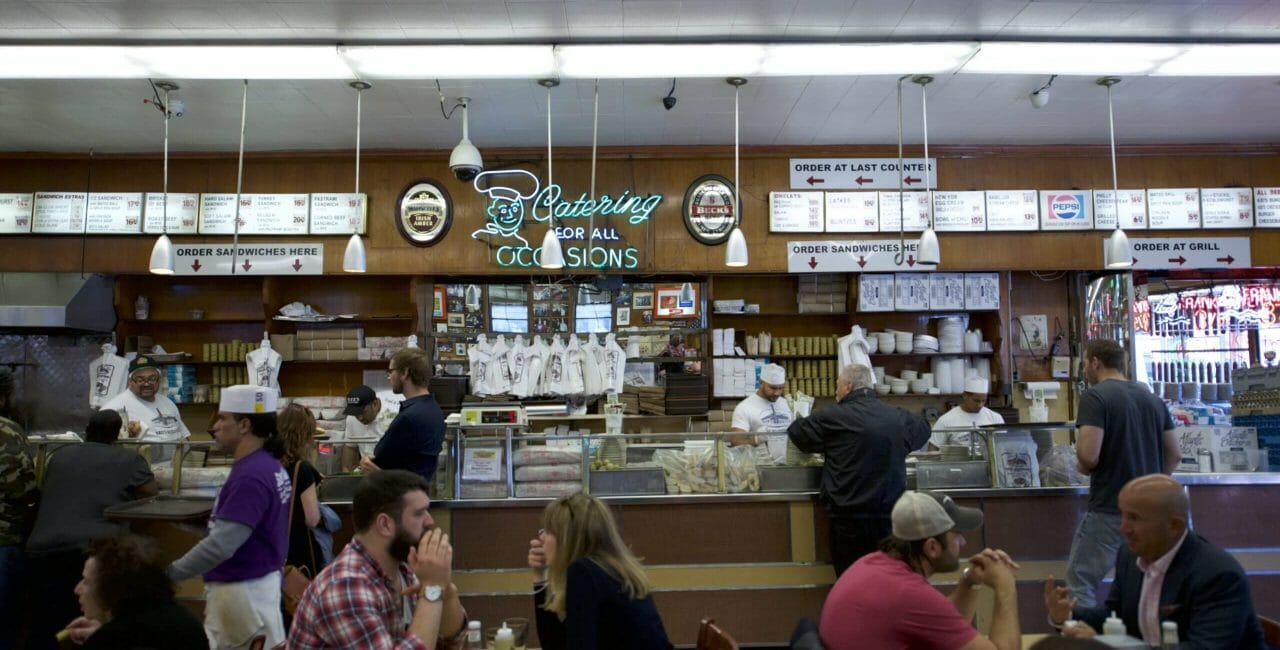 The sign refers to the line of the woman seen in the film asking the waiter “Give me the same thing” after watching Meg Ryan express his ecstasy in front of a bemused Billy Crystal.

The woman in question was Estelle Reiner, the director’s mother.

This is the ranking of the final replica of this cult scene in the 100 most memorable film replicas established by the American Film Institute. 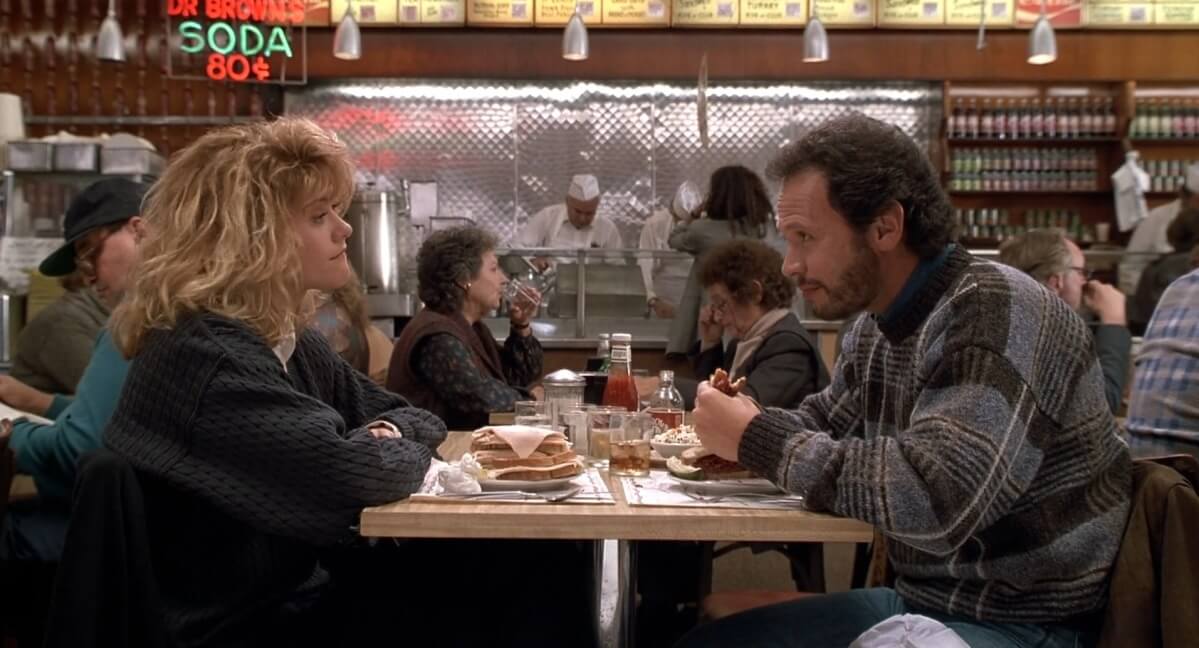 Made particularly famous by the film When Harry met Sally…, whose table used for the famous orgasm scene is always marked by a sign, the Katz’s Delicatessen does not empty and it is sometimes necessary to be patient to be able to taste the specialities of the place.

Its pastrami sandwiches are legendary, corned beef is a treat and people come from everywhere to get some delicacies from their grocery store.

During the Second World War, the shop became known for its operation “Send a Salami to your boy in the army”, during which it was possible to send food to American deployments in Europe.

Discover all the places When Harry Met Sally... on our map