TV show Game of Thrones (2011)
It was in episode 5 of season 3 that Jon Snow (Kit Harington) broke his vows to the Night's Watch when he surrendered to the arms of Ygritte (Rose Leslie), a wildling girl he met on the other side of the wall. A scene shot in the Grjotagja cave in Iceland.

The romance between Jon Snow (Kit Harington) and Ygritte (Rose Leslie) is one of the most iconic in Game of Thrones. The night of love between the two characters allowed director Alex Graves to shoot in Grjotagja, a cave with a hot water lake located on a famous volcanic site in Iceland. Exploiting the dancing reflections on the rocks and the unique atmosphere, the director nevertheless did not shoot the entire scene in this unique location. Indeed, some of the shots were filmed in The Paint Hall studios in Belfast, on the same site where the Titanic was once built. A way to get away from the constraints of the very hot water of Grojotagja.

An embarrassing scene for Kit Harington

The same sets, simply redesigned, were later used in the shooting of the confrontation between Beric Dondarrion and Sandor Clegane. The scene between Jon Snow and Ygritte has also embarrassed Kit Harington as he told Nova FM, an Australian radio: “I don’t know why I watched that episode with my parents, but I did. Mum made an awkward excuse to get out of the room, saying ‘I, umm, I gotta, umm, I think I can hear the kettle boiling,’ before nipping out“

With a rating of 8.8 on the review aggregator site Rotten Tomatoes, Kissed by Fire is one of the most highly rated episodes of Game of Thrones. 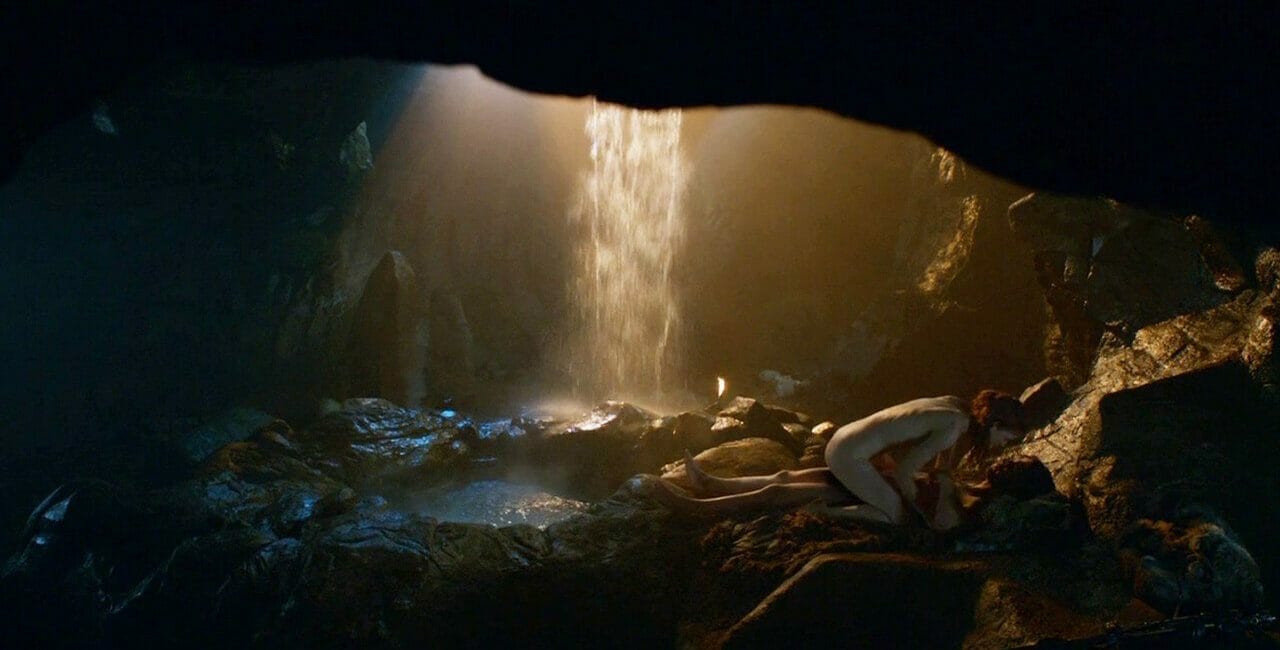 Cave of Jon and Ygritte. All rights reserved: HBO. 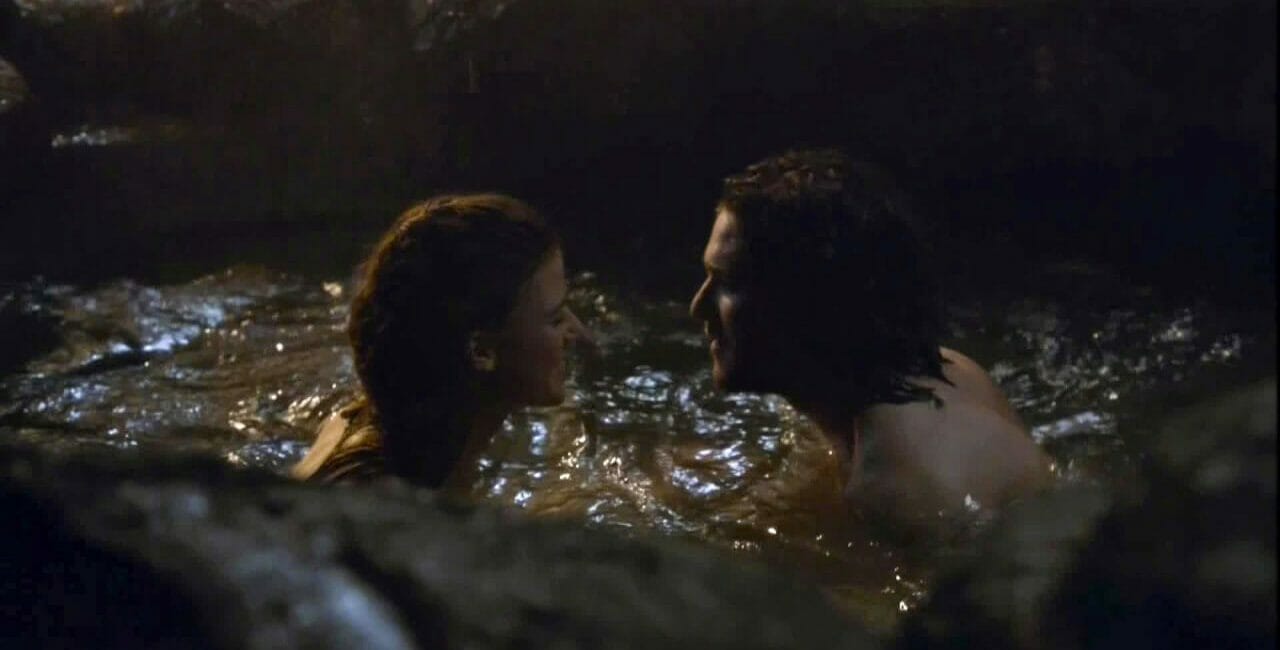 Grjótagjá is a cave shaped by lava through volcanic rock. It is located near Lake Mývatn in Iceland.

Near the Dimmuborgir lava field, whose name inspired that of a famous black metal band, this cavity is one of the most popular natural sites in Iceland. It also acts as a gateway to the fault marking the continental separation in plate tectonics between America and Europe. The cave lake has a high temperature making swimming uncomfortable to say the least. A consequence of the consecutive eruptions of the Krafla volcano in 1975 and 1984.