TV show Breaking Bad (2008)
Madly in love with Jane Margolis (Krysten Ritter), Jesse Pinkman (Aaron Paul) moves in with her in his apartment at 323 Terrace Street, after living next door. A location that Breaking Bad location crews found right near the University of New Mexico.

As usual, in keeping with their desire to use real Albuquerque locations as much as possible, Vince Gilligan and the producers of Breaking Bad set their sights on a charming downtown apartment to house Jane Margolis (Krysten Ritter), the young woman Jesse Pinkman (Aaron Paul) falls in love with in the second season. Theater of their romance, the apartment also tragically sees Jane die following an overdose to which Walter White (Bryan Cranston) attends impassively.

Highly noticed thanks to her inhabited performance, Krysten Ritter, the future interpreter of Jessica Jones for Marvel, recalled the shooting of her character’s death for Entertainment Weekly magazine: “I’m reading the script, I’m like, ‘Cool, rock and roll, she dies. So fun! They built a cast for my chest so that Aaron Paul can really be pounding on my chest. And then Bryan Cranston, after the take, you just see him sitting quietly in the corner. It was intense, and I will never forget it.“

Krysten Ritter played in nine episodes of Breaking Bad, between season 2 and season 3. 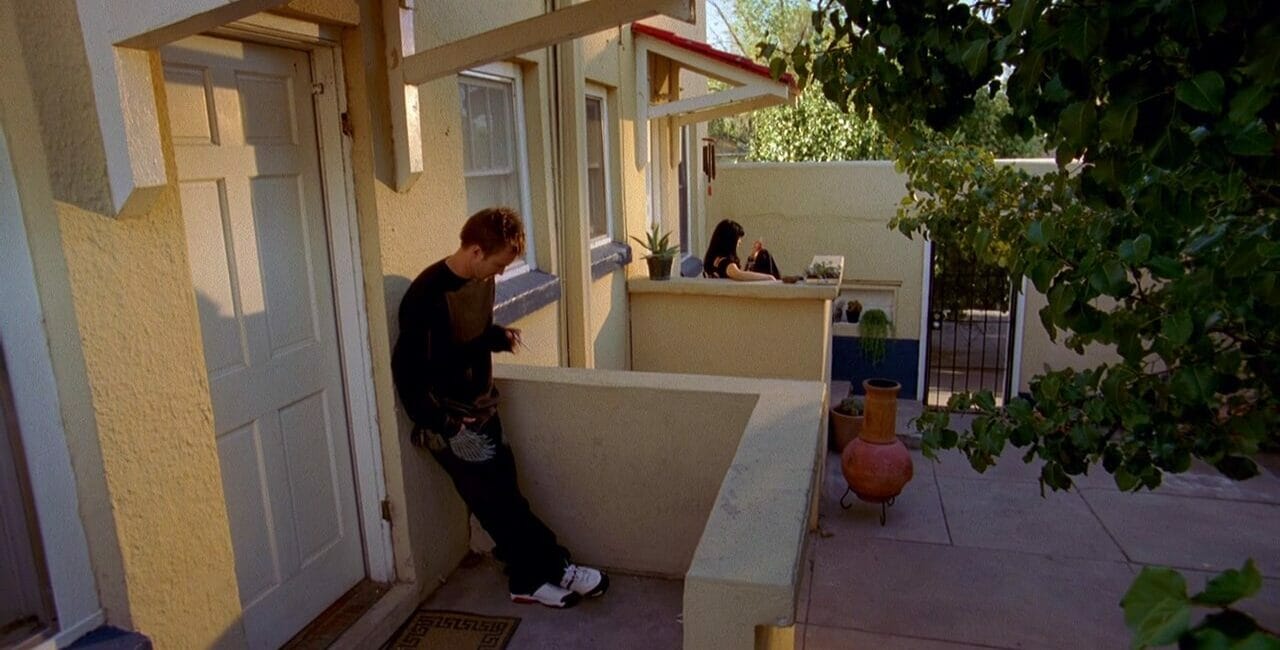 Available for rent for around 725 dollars per month, this apartment is located in the hyper center of Albuquerque in New Mexico. Often inhabited by students because of its proximity to the university, it is also located next to many shops. Its facade, in an architectural style typical of the region, also contributes to its certain charm.