TV show Better Call Saul (2015)
Future henchman of Gus Fring (Giancarlo Esposito), a former top cop, Mike Ehmantraut (Jonathan Banks) lives in a modest house in Albuquerque. A refuge in which he rests between two missions, since the tragic death of his son.

Located near the Dr. Martin Luther King Jr. Drive, just a ten-minute drive from Chuck McGill’s (Michael McKean) home, Mike Ehrmantraut’s (Jonathan Banks) mansion is as discreet as its fictional owner. A well-kept house, having caught the attention of the teams in charge of the location scouting thanks to its typical architecture of the region but also to its proximity to the other shooting locations.

Used repeatedly in Better Call Saul, in all seasons, the house is also seen in the seventh episode of the fifth season of Breaking Bad. The owners having agreed to renew their contract with AMC for the production of Better Call Saul. In the heart of the Huning Highlands neighborhood, it alone evokes the personality of one of the show’s most beloved protagonists.

Jonathan Banks became famous late in life and appeared in many series before he gained real media exposure thanks to Better Call Saul. He has appeared in Walker Texas Ranger, CSI, ER, Alias, Two and a Half Men, Cold Case and Ghost Whisperer. In the cinema, he has appeared in such films as Airplane! Gremlins, 48 Hours,Beverly Hills Cop, Under Siege 2: Dark Territory, Crocodile Dundee 3 and El Camino, the film about the adventures of Jesse Pinkman (Aaron Paul) after the end of Breaking Bad. 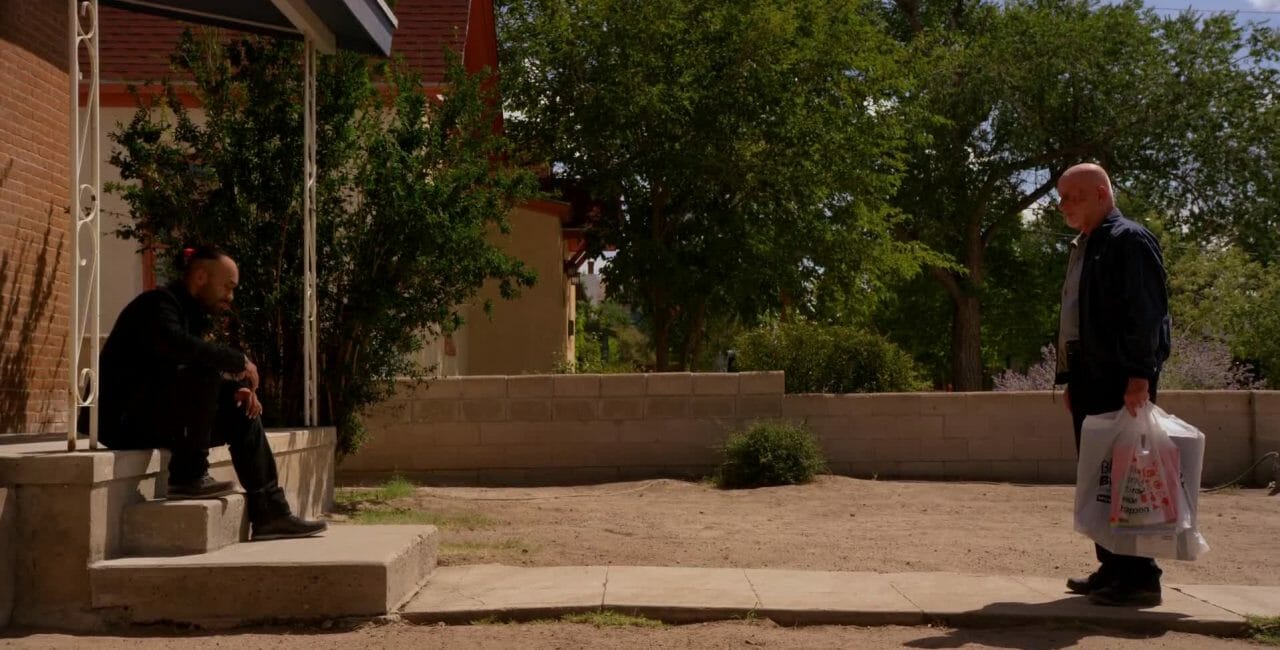 Located in the Huning Highlands neighborhood of downtown Albuquerque, this home has gained notoriety thanks to the series Better Call Saul.

Referenced on Google as Mike Ehrmantraut’s home, this modest residence has been appraised at $225,300. With three bedrooms and one bathroom, it has an area of 112 m2. In order to prevent unauthorized parking, the Albuquerque City Council has implemented a permit system to allow tenants and owners to park. It is located near the Lovelace Medical Center and Presbyterian Hospital, not far from the Albuquerque Convention Center.