TV show Breaking Bad (2008)
Originally owned by Jessie Pinkman's (Aaron Paul) aunt, this beautiful house became her primary residence. This is where Krazy-8 (Maximino Arciniega) is held until his death in Breaking Bad. A house located, like all the locations in the series, in Albuquerque, New Mexico.

A drug lab in the family home

Jesse Pinkman’s (Aaron Paul) house is one of the most iconic locations in Breaking Bad. It is here that he is first hosted free of charge by his parents, as they have just inherited it following the death of his aunt Ginny. Later, Jessie Pinkman turns the basement into a temporary methamphetamine lab. It is also here that Krazy-8 (Maximino Arciniega) dies. Jessie Pinkman’s parents, after learning that their son was making drugs in the house, then decide to evict him. Later, in order to get revenge, the young man, learning that the house was on the market, asks Saul Goodman (Bob Odenkirk) to negotiate a good price for him and buys the property, which he soon turns into a squat for crystal meth users.

Just like all the locations in the series, Vince Gilligan and his team find this house in Albuquerque in a beautiful residential neighborhood. At first, the directors even shot the interior scenes there. Nevertheless, during season 2, the property was bought back for 1.6 million dollars and the producers were forced to reproduce the interior in a studio, still in Albuquerque. However, they are still allowed to turn at the front. She appears from the first episode until the first episode of the second part of the fifth and final season.

Note that as for Walter White’s (Bryan Cranston) house, the address given in the series – 90809 Margo Street – is fictional. Albuquerque does not include any streets with that name. Located at 32216th St, the house is next to the one that Vince Gilligan and Peter Gould will use as Marion’s home in Better Call Saul a few years later. 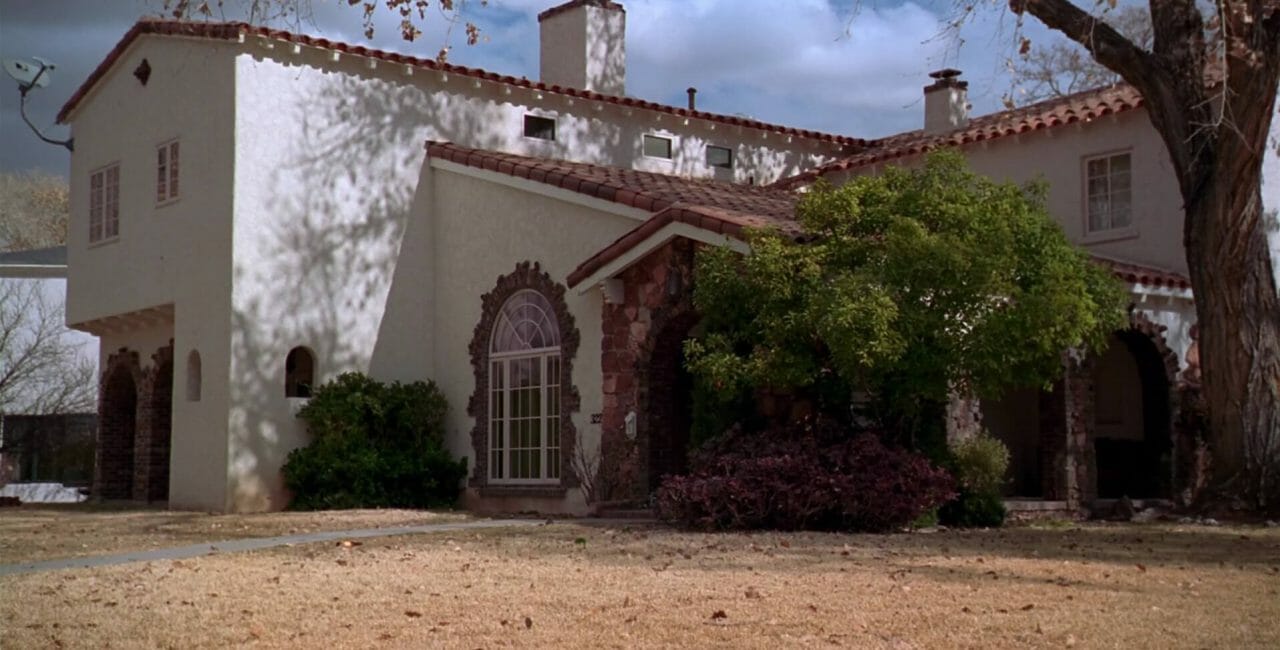