TV show Sailor Moon (1992)
The Hikawa Shrine is regularly visited by the Sailor Guardians, especially since Sailor Mars lives and works there.

First appearing in the tenth episode, the Hikawa Shrine is a must-see for Sailor Moon fans. This is where Rei Hino, aka Sailor Mars, lives and works with her grandfather. Their main income depends on the amulets they sell, which are supposed to bring good luck.

While the location is ideal for Sailor Guardians meetings, it is also one of the main locations for Sailor Guardians adventures. Besides the disappearance of a bus, for which Rei is suspected of having stolen it, or the romance between Yuichiro Kumada and the young woman, we must also mention the attack of Zoisite against the old man in order to steal his rainbow crystal.

In the feature films Sailor Moon R and Sailor Moon S, the locations appear again, especially when Koan is looking for Chibiusa and when Rei is attacked by a Daimon, saved in extremis by Sailor Uranus and Sailor Neptune.

The shrine has, like many places in Japan, appropriated pop culture for its visitors. In some places, posters, signs or illustrations of Sailor Moon are displayed to remind us of her importance in the series. 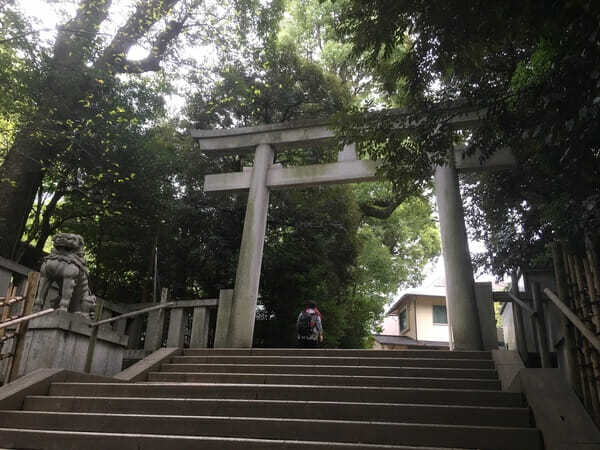 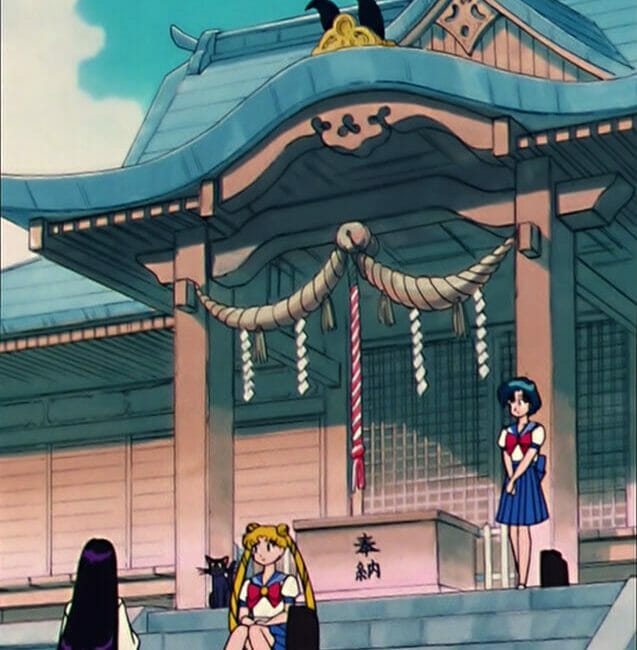 The most famous of the 59 shrines and the main Shinto shrine, the buildings of Akasaka Hikawa Shrine were built in 1730 by Tokugawa Yoshimune to become his personal place of worship.

In front of the main hall, several ropes hang in front of the offering box. When you pray in these places, it is advisable to pull the ropes to ring the bells attached to them. This is to attract the attention of the spirits present at the shrine.

The place also has a small landscaped garden, a real oasis of peace and quiet in the middle of the bustling megalopolis.

Discover all the places Sailor Moon on our map