TV show Stranger Things Matt Duffer and Ross Duffer (2016)
It is in this disturbing laboratory that Dr. Brenner (Matthew Modine) is in charge of the Mkultra project. The scientist conducting strange experiments on children like Eleven (Millie Bobby Brown) to unlock the secrets of the human brain.

The scouting teams set their sights on the Briarcliff Campus buildings on the Emroy University site in Atlanta. If the facade is largely exploited on the screen, only a few rare sequences are packed inside. The majority of the sets are built in the studio, still in Atlanta, where the heart of the production is located. Although the Briarcliff Campus is also in reality a place of knowledge, it is much less frightening than in Stranger Things and no experiments are conducted on human guinea pigs.

The Stranger Things series is largely inspired by cult references from 1980s pop culture and in particular the work of writer Stephen King. Hawkins’ laboratory being itself very close to the one Stephen King describes in his novel Charlie. A book whose story follows the destiny of a little girl who can set objects on fire by the power of thought alone. The heroine of Charlie having given birth to Eleven, the child played by Millie Bobby Brown, whose powers are pivotal in the scenario of the show. And if Eleven’s powers refer to Stephen King’s Charlie, his look, with his shaved head, was inspired to the showrunners by Charlize Theron’s appearance in Mad Max: Fury Road, by George Miller. 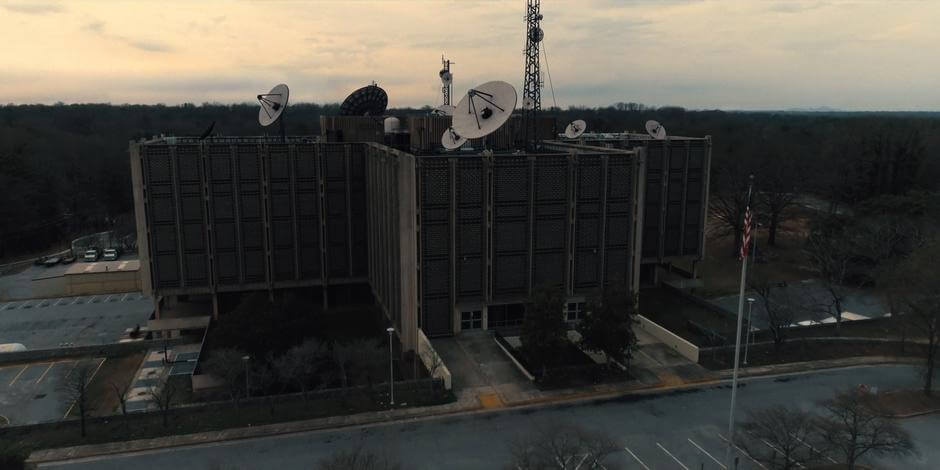 This building is located on the grounds of the Briarcliff Estate, the residence of Asa G. Candler Jr., the son of the founder of Coca-Cola.