Movie Mourir d'aimer José Dayan (2009)
Relating a true story, the TV movie Mourir d'aimer was shot between Poitiers, the Ile de Ré and Angoulême. The main place of the plot, namely the high school Guez-de-Balzac, where Gabrielle Delorme (Muriel Robin) meets Lucas Malzieu (Sandor Funtek) is located in the historic district of the city, not far from the cathedral.

Everything started from a meal with Josée Dayan during which Muriel Robin evoked her administration for Annie Girardot. An actress already in the credits of the first adaptation of Mourir d’aimer, the work focused on a romance between a high school teacher and a teenager. Eager to deliver her own version, the director naturally approached her friend when the time came to establish the casting. As for the location of the action, Josée Dayan set her sights on Angoulême. She later explained: “Angoulême is the archetype of the provincial bourgeois town because it does not allow any escape or concealment.”

For the scriptwriter Philippe Besson, the city is also ideal because of its historical heritage and the fact that in addition to being very well maintained, there is very little advertising. The team moved to the Guez-de-Balzac high school during the school vacations, an establishment whose neo-classical architecture stands out in the landscape. A historical monument in its own right, in which the love between the teacher and her pupil is born, against all morals.

Muriel Robin shot seven times under the direction of José Dayan between 2009 and 2016. Mourir d’aimer is their first collaboration. 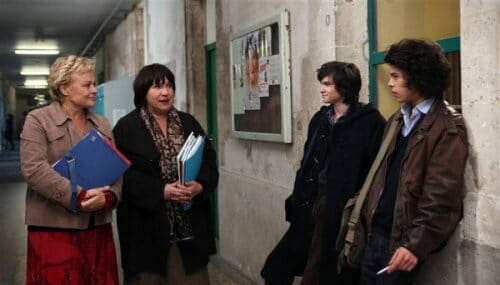 The oldest secondary school in Angoulême and its surrounding area, the Guez de Balzac high school is also a historical monument thanks to its neo-classical architecture.

Named after the writer Jean-Louis Guez de Balzac, a former student of the high school when it was still a Jesuit school, the establishment dates from the 16th century. Personalities such as Armand Fallières, president of the Third Republic, the writers Jean Tharaud and Jérôme Tharaud and the resistance fighter René Chabasse attended the school. It also houses a collection of natural sciences and another dedicated to physics instruments. He encouraged the creation of the association of the friends of the heritage of Guez, founded in 2003 to enhance the architectural heritage of the school.

Discover all the places Mourir d'aimer on our map