TV show The Crown (2016)
Gatcombe Park, the residence of Princess Anne, is one of the recurring locations in seasons 3 and 4 of The Crown. However, no scene was actually shot there. The team of the showrunner Peter Morgan having settled in Wortham Park.

When the production of The Crown transformed Wrotham Park into Gatcombe Park, the official residence of Princess Anne, the daughter of Elizabeth II and Philip Mountbatten, the location had already seen the filming of Bridget Jones’ Diary and Jane Eyre. Quickly, the directors take their marks and transform the place to give it the desired appearance.

With the full cooperation of the venue’s managers, the production of The Crown packs in some sequences involving Princess Anne. A free electron nevertheless attached to the protocol, the character takes importance in season 3 and 4 of The Crown, even if the attention is mainly focused on his brother Prince Charles.

Like her mother, Princess Anne is an avid horseback rider and often enjoys her favorite sport on her estate. Actress Erin Doherty had to take a few classes to look credible on the back of her royal mount.

Slipping into Princess Anne’s royal attire was no easy feat for Erin Doherty. The hairstyle posing a particular problem and requiring no less than two hours of preparation before each shooting. The actress confided in Town and Country magazine: “Makeup literally took 10 minutes, but hair, sometimes it would take two hours. But it was so necessary for her character because it felt like her hair and her fashion were the way that she was able to express herself in the confined, controlled environment that she grew up in.” To which the real princess retorted: “Actually I read an article the other day about the, I don’t watch Netflix and The Crown,but the actress was talking about how long it took them to do their hair like I did. And I’m thinking, ‘How could you possibly take that long?’ I mean, it takes me 10 or 15 minutes.“

Erin Doherty won the Breakthrough Artist Award for her performance in The Crown. 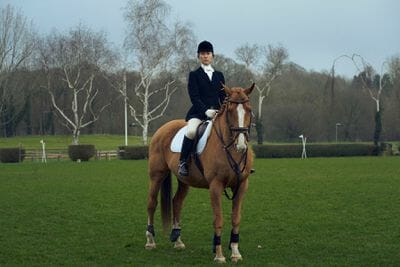 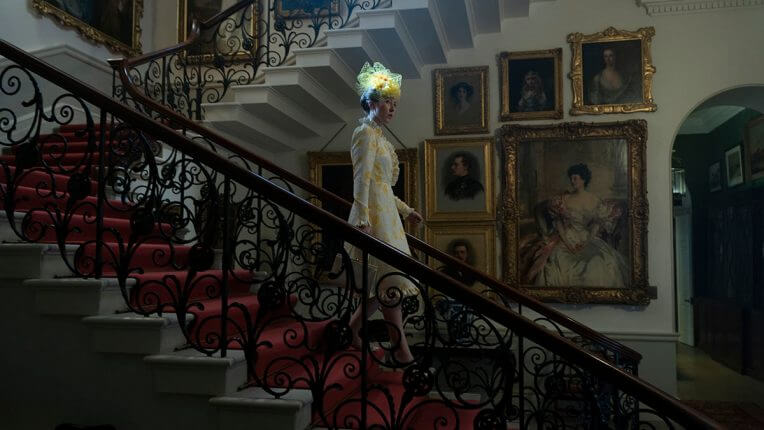 A neo-Palladian country house in Hertfordshire, Wrotham Park is located in the town of Potters Bar, not far from London.

Wrotham Park emerged from the ground in 1754 under the leadership of Isaac Ware. The latter, a well-known architect, was commissioned by Admiral John Byng to build a luxurious house. When completed, Wortham Park stands out as one of the largest private homes in the London area. Grade II listed, it also shines with its gardens. The house suffered a terrible fire in 1883. It has since been rebuilt.